Skip to content
Home News The first narco-submarine seized in Europe, with 3,000 kilos of coca, comes to trial | Spain 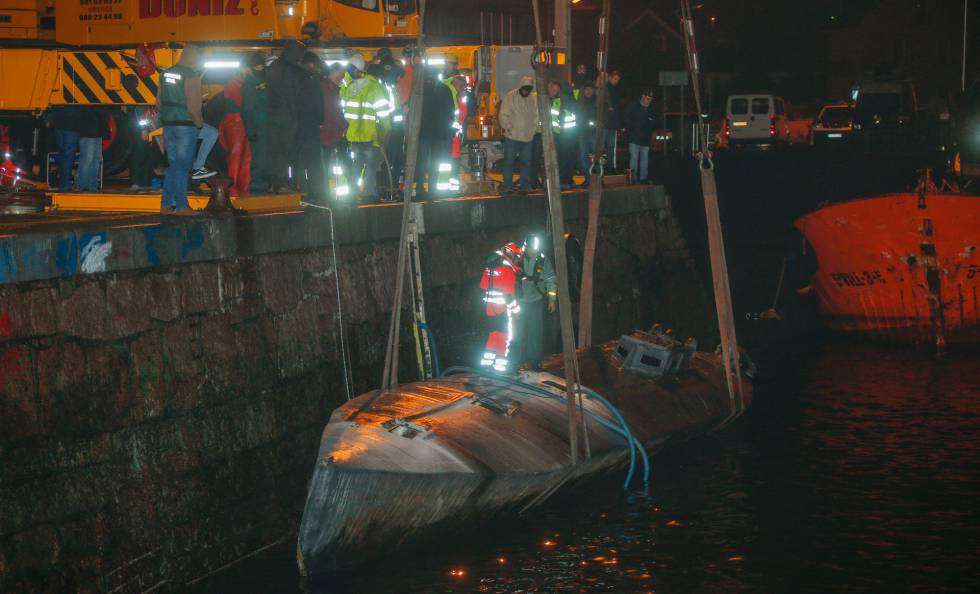 The operation with which an attempt was made to introduce 3,000 kilos of cocaine into Spain aboard a submarine in November 2019 comes to trial this Monday. Seven people who were part of the first links of the organization will sit on the bench in the second section of the Audiencia de Pontevedra. The investigation, concluded in record time, has failed to reach the top of the network, neither providers nor receivers.

There is no precedent, or at least none documented, that other cocaine shipments would have arrived in this type of transport to Europe before November 24, 2019, when the 3,000 kilogram was discovered inside a semi-submersible anchored on a beach. from the Aldán estuary (Pontevedra) and that the crew deliberately sank. The sale of this drug, with a purity higher than 80%, would have generated more than 123 million euros in profits for the drug traffickers.

Although South American cartels had been using this method of transportation for more than a decade to supply the North American market, the entry of this cache revealed a new threat to European drug enforcement agencies. The arrival of the drug in Galicia could be intercepted in the last phase of the operation by the ECO Galicia group of the Civil Guard, a surprise police operation in which UDYCO and GRECO agents from the Police and Customs Surveillance Service collaborated.

The pilot of the narco-submarine, Agustín Álvarez from Vigo, and the other two crew members of Ecuadorian nationality, Pedro Delgado and his cousin Tomás Benitez, remain in preventive detention. The rest of the defendants and residents of Vigo, Yago Rego, Rodrigo Hermida, Enrique Serantes and his son Iago, were in charge of hiding the cache on land. The prosecutor asks for the same sentence of 13 and a half years in prison and two fines of 300 million euros for all of them, although the process could take a turn if the defenses accept a possible sentence in accordance with the prosecution in exchange for a reduction of the miseries.

According to the indictment, the semi-submersible crossed the Atlantic with the cargo from Brazil and although it does not detail the details of the journey, it alludes to a report prepared by agents of the Civil Guard Maritime Service on the characteristics of the unusual ship, of construction artisan, which today is exhibited as a trophy in the Training Museum of the National Police Corps in Ávila.

It is, they say, a self-propelled device that does not have the ability to submerge, designed to navigate making its eventual detection difficult, since most of the hull is submerged during its navigation, protruding only about 25 centimeters above the sea surface, the turret located in the cockpit above the deck being more visible.

It also has a wet exhaust system to try to avoid thermal detection and a silencer to minimize the noise of the exhaust gases. The inline six-cylinder MWM diesel engine is seawater-cooled, equipped with an air-cooled turbocharger, with an estimated power of 240 hp, giving it sufficient autonomy to cover a distance of approximately 5,000 nautical miles. (about 8,000 kilometers), sailing at an average speed of 10 knots. With 20,000 liters of diesel in its tanks, it can make long journeys without refueling, while the cargo volume is estimated at around nine cubic meters.

The inspection of the cockpit has allowed to conclude that the propellant motor of the bathyscaphe has 392 hours of operation, so it could have traveled a distance of 3,920 nautical miles on this trip. The agents emphasize that the boat has a system to sink the device in a few minutes by manipulating two valves located on both sides of the machinery area. “It is an artifact that despite being built in a traditional way, is very efficient, equipped with a propulsion plant and a purely mechanical injection system that guarantees great reliability to navigate and be able to face long journeys”, conclude the experts.