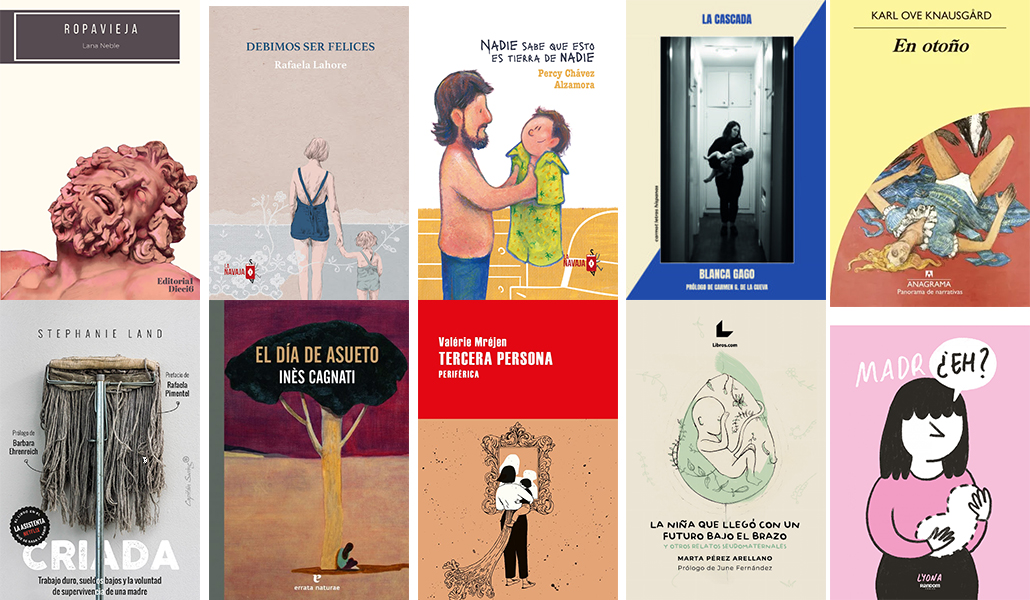 Motherhood is the true universal theme. It is, because in addition to being a biological process with which we are all related if we exist –being mothers, but also being daughters and sons–, it is an experience crossed by culture. It has been said that mothers do not write, that they are written. Also that motherhood has not been considered a literary theme at the height of wars or love. And this despite the fact that, as Elisa Martín Ortega, professor of literature at the Autonomous University of Madrid, said, motherhood is perhaps the experience that puts us most in contact with the limits of the human condition, with the deconstruction and construction of the identity, with the boundaries of the body and the differentiation of one’s own and others’ mental spaces. We are always ready to continue discovering titles and diverse voices that challenge us, or not. That excite us. Here we collect 10 books on motherhood, fatherhood and hijidad that demonstrate that the absence of motherhood as a literary point has been something as unfair as it is absurd. Because literature serves as a vehicle to tell what is small, which is actually what is important.