Skip to content
Home News The evolution of Steve-O, where every act is his last 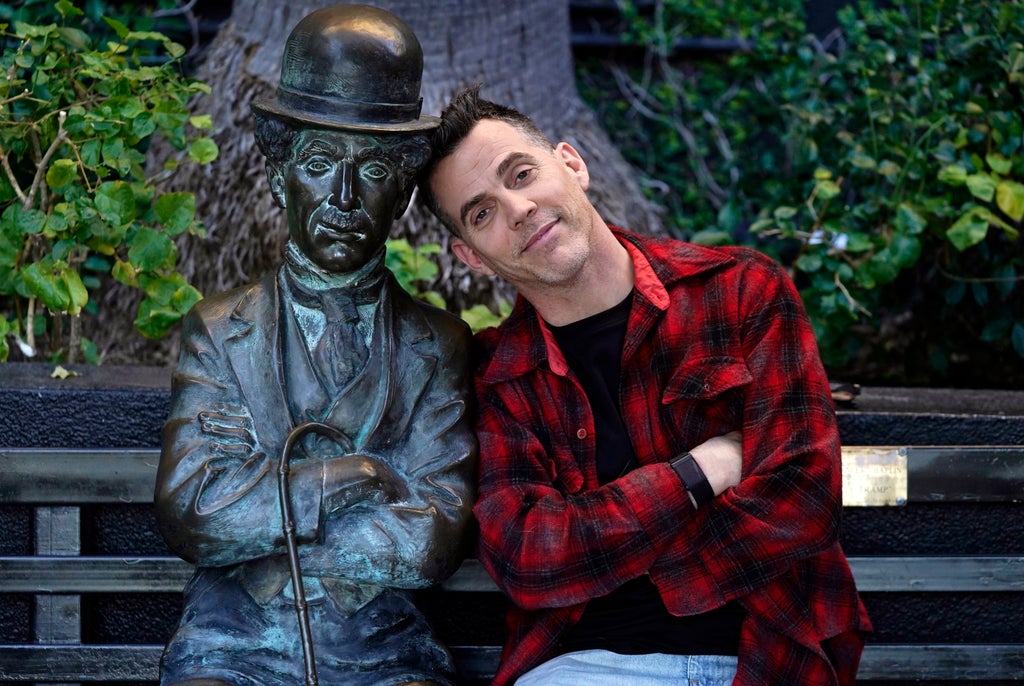 Steve-O dropped out of college in 1993. He told everyone his plan was to become a famous stuntman with his home video camera. He remembers people feeling genuinely sorry for him. To be fair, he wasn’t even sure it would work or that he’d be successful, in the least, he just wanted to amass enough crazy footage so he’d have a legacy to outlive him when he, “Inevitably died young , having failed at life,” he said.

It wasn’t for lack of trying. Steve-O, born Stephen Glover, has spent his life treating every act as if it’s his last. His on-screen bits were shocking and his off-screen antics infamous, culminating in an intervention by Johnny Knoxville and his Jackass family in 2008 and stays in rehab.

So it’s as much a surprise to him as anyone that almost 30 years after making that wild proclamation, not only is he alive and “still getting away with it,” but he is actually thriving and moving up in the world.

At 47, Steve-O — the man who walked on a tightrope over an alligator pit with raw meat in his underwear, snorted lines of wasabi and fish-hooked his own cheek on camera —- is 12 years sober with a successful stand-up comedy career, a podcast, a dog, a fiancé, a book of wisdom on the way, “A Hard Kick in the Nuts: What I Learned from a Lifetime of Terrible Decisions,” and another “Jackass” movie in theaters.

“I’m beside myself with gratitude,” he said in a Zoom call from his tour bus. It’s actually an RV, he wants to clarify, but it’s a “fun Class A RV” wrapped with “obnoxious” Steve-O art that’s causing a bit of a stir with passersby trying to take photos.

See also  Boy, 10, was Broadmoor's youngest patient and spent 77 years locked up there

But he likes it. He is, he knows, a bit of an “attention whore.”

“I say that in a bit of a self-deprecating way, but it’s true,” he said. “At my core, I’m an exhibitionist and the idea of ​​entertaining people, of communicating authentically is really what I’m all about.”

For the past decade, Steve-O has been grinding through comedy clubs, building his act in which he reveals all about his wild life. The pandemic provided a break from the grueling touring lifestyle, and he was able to focus on building his podcast and merchandising. When he started back up again, he’d crossed an important threshold for any comic: He’d graduated from clubs to theaters. His first sold-out theater gig was at the Paramount in Austin, Texas which seats 12,000.

“I was on the verge of tears,” he said. “I was so emotional about it.”

But it was “Jackass,” of course, that made Steve-O a name. The raucous MTV show started in 2000 and birthed a franchise of spinoffs and movies in which the cast blended comedy with dangerous, sometimes outrageous, stunts. And in even in this mad bunch, Steve-O managed to stand out as one of the craziest.

He was certain that the third film, “Jackass 3D,” released in 2010 and filmed when he was newly sober, was their last. In fact, he’s been certain that every film has been their last—Knoxville has always made a point of saying so in interviews. So he wasn’t expecting “the captain,” as he calls Knoxville, to propose a fourth. It had been 10 years and they were all now in their late 40s and early 50s. I have worried a bit that it might be “creepy” for an audience to see them getting hurt like they used to.

See also  City forced to share the spoils at Palace

But Knoxville felt strongly that the older they got, the funnier it got.

“The whole formula is that we all get together and try to make each other laugh. Once we got together, the chemistry was obviously there. It was like we had never stopped filming,” he said. “We were as crazy as ever. What we learned is that we get knocked out more easily and our bones break a lot easier too.”

Knoxville has said that this is the last movie he’s going to risk his life for (a stunt with a bull left him with brain hemorrhage, a concussion, a broken wrist and a broken rib). But, Steve-O noted, this is actually the first time he hasn’t said that the franchise is done.

“I have very much left the door open to there being another Jackass movie. Who knows, maybe that was the plan all along by enlisting these younger, fresher faces as new cast members,” he laughed. “For all I know, this is just an exercise in us recruiting our replacements.”

Back when the first season of Jackass finished, Steve-O and the guys were at the wrap party at a bar and decided they didn’t want it to end at last call. They made up a game called “I’m not leaving” and the idea was that no one was allowed to walk out on their own two feet. No punches were allowed, but they were going to do everything they could to resist — make themselves dead weight, hang on to furniture, each other. It became a tradition and a kind of symbol for their whole improbable run.

“Every act in my career has been my last,” Steve-O said. “If not officially, I think I’ve approached it as such.”

Soon he’ll announce another leg on his “Bucket List” tour, in which he’ll be on the bus traveling from Miami to Los Angeles, doing gigs along the way. And though he thought he’d mined every last thing for this show, he recently got an idea for another.

“It’ll be the Steve-O’s Gone Too Far Tour,” he said with a smile. “And I cannot imagine any possible way to follow that up. So that’s going to be my last.”