Skip to content
Home News The EU follows in the footsteps of Spain and launches a plan that will force the regularization of 4.1 million false self-employed workers | Economy 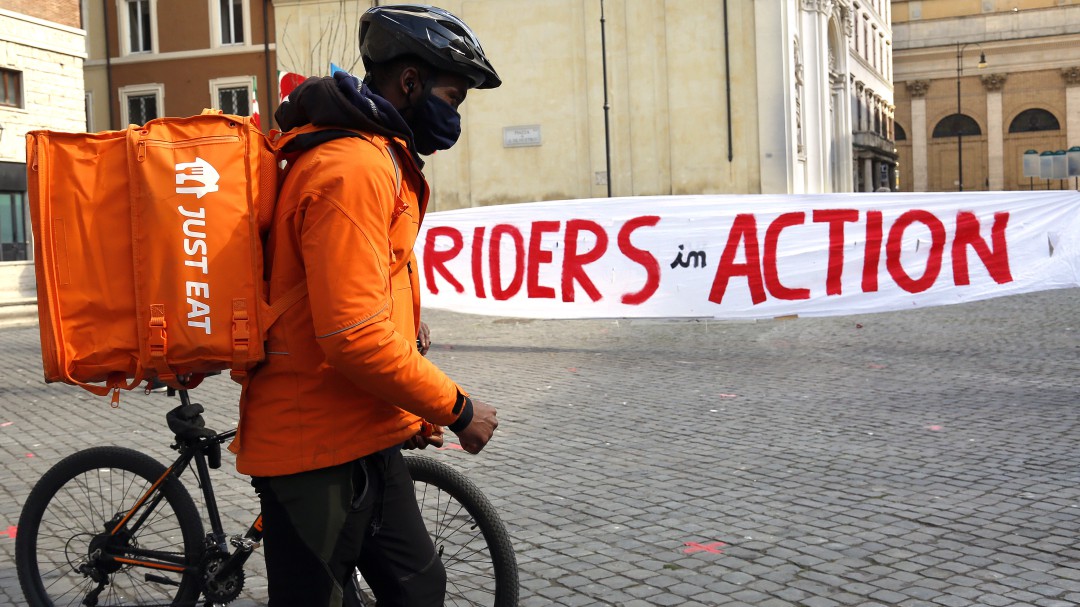 Workers registered as false self-employed, who are mostly concentrated on digital platforms such as Amazon, Uber or Deliveroo, but also in other areas, may have their days numbered in this situation. The European Commission (EC) has launched a proposal for a directive to regularize the sector with which it expects up to 4.1 million people to be recognized as salaried employees of digital platforms.

The initiative establishes five criteria to determine whether platform employees are effectively regular workers, with the aim of avoiding the proliferation of false self-employed workers and guaranteeing their labor rights. If at least two criteria are met, the platform will be deemed to be employing the worker. In this way, Brussels follows in the footsteps of Spain, which approved the ‘rider law’ last May, trying to regulate the situation of these workers in the country.

Among the criteria is that the company establishes the level of remuneration or supervises the elaboration of the work by electronic means. Likewise, it restricts the freedom to choose work hours or periods of absence, to accept or reject tasks, and to use subcontractors or substitutes.

The fourth criterion is that the platform establishes binding standards on appearance, such as the obligation to wear uniforms with the company logo, on conduct with the client or on job performance. Likewise, it is included that the company restricts the possibility that the employee builds a client base or works for other companies.

If at least two of these conditions are met, the individual will be considered to be a regular employee and will have the right to the minimum wage, to collective bargaining, to paid vacations or to better access to protection against accidents at work, to unemployment and sickness benefits, as well as contributory retirement pensions.

In any case, both the platforms and the employees will have the possibility of contesting the appointment of people as regular workers through judicial or administrative procedures.

If the company objects, it will be up to the company to prove that there is no employment relationship with the worker. If, on the contrary, it is the worker who rejects the designation as a regular employee, the platform must contribute to the “adequate resolution” of the procedures, “in particular by providing all the relevant information,” Brussels said in a statement.

Community sources specified that the five criteria are principles that community courts have used to confirm an employment relationship between an employee and a platform.

Others could become authentic freelancers, “since some platforms could adjust their business model,” Brussels explained. The directive now has to be negotiated between the European Parliament and the Council (the countries), EU co-legislators, and only when both reach an agreement on the matter will it be approved.

Once adopted, States will have two years to transpose the directive into national law. “No one is trying to kill, stop or hinder this growth of the platform economy,” Employment Commissioner Nicolas Schmit declared at a press conference, but the sector “should meet our standards, including social ones,” he said.

In addition, digital platforms may not collect or process personal data that is not directly related to the work carried out. Likewise, human monitoring of respect for working conditions is guaranteed and the right to challenge automated decisions is given.

The aspects related to algorithmic management will apply to both regular workers and the true self-employed. The directive also asks digital platforms to declare their activity in the country where it is carried out and to provide national authorities with information about the people who work through them and their terms and conditions.