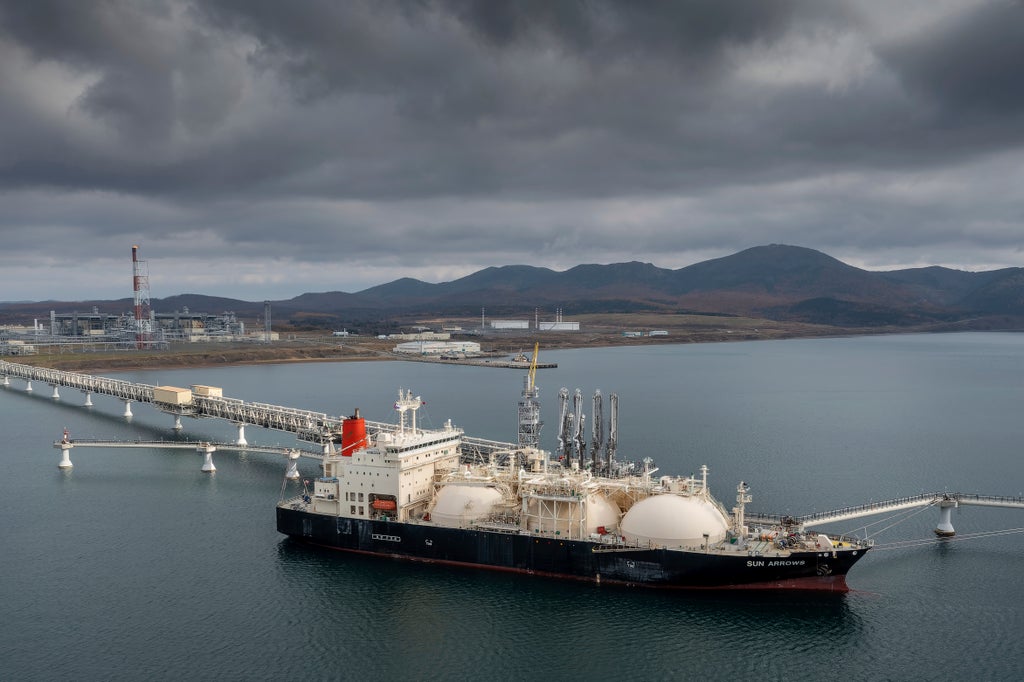 Recent reports have suggested that BP was being “dragged” into the diplomatic row involving Ukraine over $2.7bn profit from its stake in the Russian state-backed Rosneft. Headlines are meant to attract attention, but that claim needs testing against the reality

Context is everything. The British economy is going through tough times. While the situation is tough across the Northwestern hemisphere, the UK has been hit particularly hard. Yet, the dire consequences of Brexit on the UK economy predicted by Brussels since the EU referendum have not yet come to pass.

Last spring, the EU looked enviously at Boris Johnson’s vaccination campaign. Now, the parties at Downing Street during the first lockdown endanger him, although there have been reports that Johnson has made it clear that he will only leave office if a tank division is sent to Downing Street to get him out of there.

In general, I believe Johnson remains popular and I certainly appreciated him as a witty and knowledgeable colleague in otherwise often boring EU Foreign Council meetings. I believe, his voters could forgive him for his behavior. But when people are also struggling with bills amid galloping inflation and an energy crisis, their patience has limits. But in such delicate times, things should be neatly separated.

The energy crisis is now a top issue – but you can argue it comes as a consequence of the policies of European regulators. Over the past two decades, EU authorities have consistently pursued a policy of subordinating the energy market to the task of decarbonisation – with an obvious eye on the climate crisis. To achieve these goals, electricity and natural gas market models have been substantially restructured with a shift toward the absolute dominance of “spot” supplies – which involves trade of mostly large physical charges in one-off transactions to be delivered in the short term.

However, given the short-term nature of this mark, there is less of a consideration for the long-term effects this can have when it comes to the balance of supply versus demand. Liquefied natural gas from the US and Qatar that could be delivered under spot contracts has instead gone to Asia-Pacific markets, which simply pay better – leading to the issues of summer 2021.

A drop in domestic gas production across the EU over a number of years – as well as increased appetite for its use in countries like China has also left Europe exposed to moves in the market. According to Gas Infrastructure Europe, Europe’s overall underground storage capacity occupancy rate stands at 35.7 per cent. There is space to store gas – but the EU is having to offer extra cash to Asia for already-purchased cargoes and other spot supplies. The bloc needs to think more about energy security to avoid such times of crisis.

This is crucial when it comes to understanding the reality around Rosneft when combined with a simple fact: Rosneft does not export gas.

Rosneft has a focus on production of crude oil and petroleum products. While natural gas accounts for 30 per cent of the total company’s total hydrocarbon reserves, in the past few years it amounted to around 20 per cent of production. The Company’s exports solely comprise crude oil and refined products that are delivered into Europe and Asia. As it stands according to the Russian Law on gas exports of 2006, only the government-controlled Gazprom is allowed to export pipeline gas. In June 2017, Rosneft and BP signed an agreement on strategic gas cooperation for the sale and purchase of natural gas in Europe. Rosneft has asked the Russian government to provide access to the European gas export market. If granted with said access, Rosneft and BP could potentially stabilize the gas market.

Boris Johnson wrote a book on Winston Churchill – but perhaps he should have played closer attention to Churchill pushing for decisive action to be taken to switch the British naval fleet from coal to diesel. The energy crisis isn’t something he can afford to get wrong if he wants anything approaching a similar legacy.

Dr Karin Kneissl, energy analyst is a former foreign minister of Austria and member of the Board of Directors of Rosneft