Skip to content
Home News The eruption of La Palma, the longest since there are records 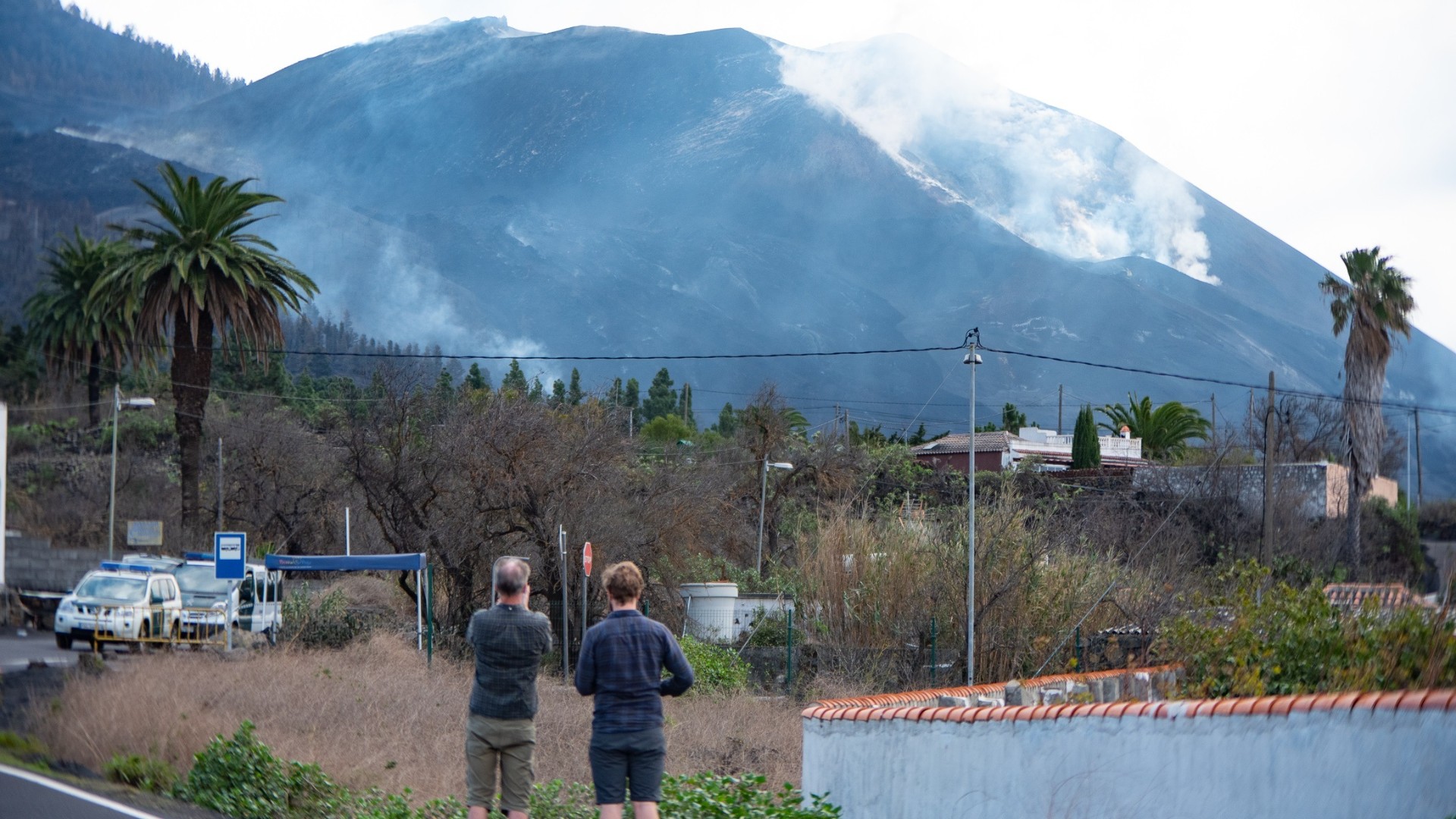 The Cumbre Vieja volcano eruption has met this sunday 85 days of activity with what becomes the longest news on La Palma and one of the longest of those registered in Spain, although still very far from Timanfaya, in Lanzarote, which in the 18th century was active for six years.

Until now, the longest on La Palma had been the volcano Tehuya, which erupted on May 19, 1585 after intense seismic activity that lasted for 84 days and ended on August 10 of that year.

14 hours Weekend – 85 days of eruption on La Palma, the longest since there are records – Listen now

This Sunday there have been pulses of strong intensification in the tremor of the La Palma volcano and the expulsion of volcanic bombs on the eastern slope, although the ash has subsequently ceased.

The technical director of Pevolca, Miguel Angel Morcuende, has indicated that an “important” lava outflow has been observed that, in principle, runs through previous flows, and that it is being monitored by the Military Emergency Unit (UME) in order to obtain more data.

“It is important to know if it has stopped its energy impulse or continues,” said Morcuende, who has indicated that, however, the tremor at the moment is low and the emission of gases has stopped, as can be seen from Tajuya .

So far, the volcanic eruption has totally or partially destroyed more than 2,650 buildings and homes, which has forced the evacuation of thousands of people on La Palma.

The eruption of the volcano Timanfaya, the longest in Spain that records collectIt lasted 2,055 days, from September 1, 1730 to April 16, 1736. During that time the volcanic activity raised mountains and buried eleven municipalities.

According to data from the National Geographic Institute (IGN), in order of duration of activity it was followed, already in the XXI century, by the Underwater volcano Tagoro, on the Canary Island of El Hierro, at a depth of about 1,000 meters, which began its activity on October 10, 2011 and lasted for 147 days, until March 5, 2012.

In 1798, on June 9, the volcano erupted Chahorra, next to Teide, in the south of Tenerife (Canary Islands), and its activity lasted until September 15 (99 days), one of the longest on this Canary Island.

In 1824, the volcano Tao, also know as Cleric Duarte, on the Canary Island of Lanzarote, began its eruption on July 31 and was active for 86 days.

The Cumbre Vieja volcano would be placed next in this ‘ranking’, when at 3:13 p.m. this Sunday (local time) it has completed 85 days in eruption, ahead of Tehuya, until that moment the longest in La Palma , with 84 days.

See also  'He said I got him in trouble': Biden meets Amazon union leader at White House meeting on 'extraordinary' organizing efforts

In 1712, the volcano The puddle, also known as the Lajiones or Lajones, on La Palma, it erupted for 56 days, from October 9 to December 3.

Two days less, 54, lasted the activity in the volcano of Arafo, in Tenerife, whose eruption began on February 27, 1704 and ended on March 27.

And 40 days the volcano of Black Sands in Tenerife, from the beginning of its eruption on May 5, 1706 until June 13 of that year, which destroyed, in addition to homes and farmland, the commercial port of Garachico, then the most important of the Canary Islands.