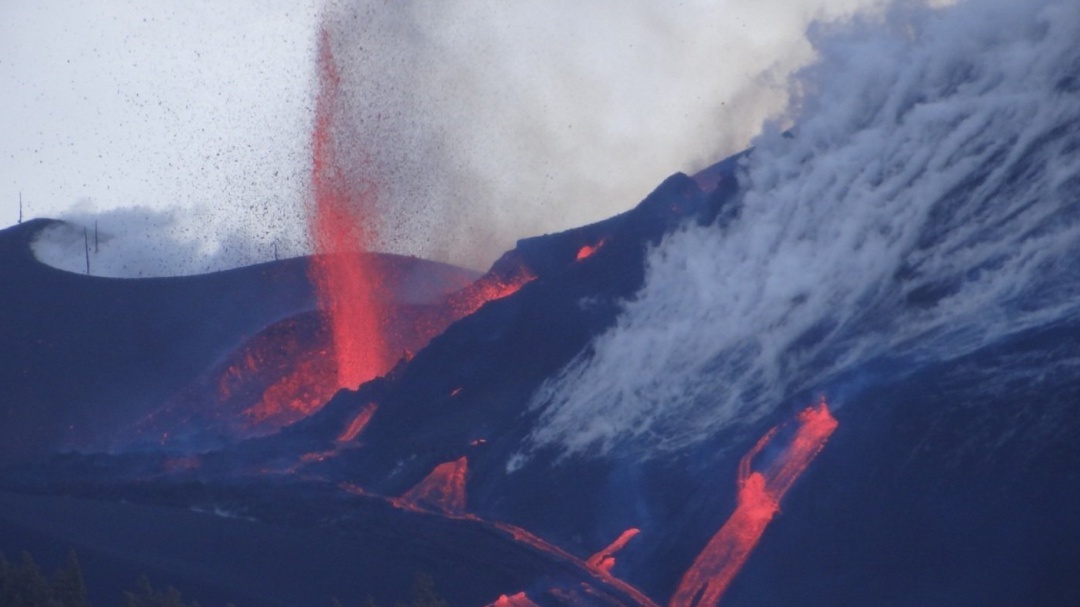 The eruption of the Cumbre Vieja volcano on La Palma has been in the works for four years, a preliminary analysis of the data suggests, writes New York’s Queens College volcanologist Marc-Antoine Longpré in an article published in “Science”.

The expert reviews the facts before and since it erupted explosively on September 19, demonstrating “a behavior contrary to that of basaltic volcanoes, data that offer” valuable lessons “for the forecast of eruptions, the evaluation of Hazards and risk management in the Canary Islands and other similar volcanic islands.

Longpré points out that “with disaster comes opportunities” and considers that “identifying and dissecting” this eruption, which occurs after fifty years, “has enormous value.”

Preliminary analysis of the data outlined by the expert “suggests that the eruption had been in the works for four years,” starting with a seismic swarm in October 2017.

Subsequently, “the upheaval accelerated to the point where an eruption seemed likely only eight days before the magma broke the surface.”

Longpré points out that the “significant explosiveness” of the eruption is somewhat “surprising” because the extent of this behavior was not clear in the historical records of previous eruptions in the Canary Islands.

The current eruption is a “telling example” of how basaltic volcanoes can simultaneously produce lava flows and considerable explosive activity, presenting an opportunity to reassess past eruptions in the Canary Islands along with related hazards.

In his article, the volcanologist considers that the reactivation and behavior of the Cumbre Vieja system, after fifty years without activity, requires a rethinking of forecasts and risks.

The catastrophe has not directly claimed human lives, which he attributes “to the coordinated emergency response of the local authorities, who were well prepared”, having gained experience in the management of volcanic crises during the underwater eruption from 2011 to 2012 in The iron.

For Longpré, “another bright light among the dark clouds of ash” is the international scientific cooperation effort, coordinated to a large extent by the Instituto Vulcanológico de Canarias (Involcan), with multidisciplinary teams, on and off the ground, that share data in near real time.

The eruption, it says, does not currently show any signs of abating, “which is expected” because historic eruptions have lasted between three weeks and three months.

When the eruption ends, “the resilient inhabitants of La Palma will recover and rebuild their communities. But someday, perhaps far enough in the future to challenge collective memory, the volcano will erupt again, in a different place” he adds.

In Longpré’s view, there is “a social dilemma similar to that described at the Kilauea volcano (Hawaii): Will stakeholders do the necessary long-term planning to permanently reduce the risk associated with urban development on the flanks? from Cumbre Vieja? “