Skip to content
Home News The endless escape of El Assir, the arms merchant friend of the emeritus king | Spain 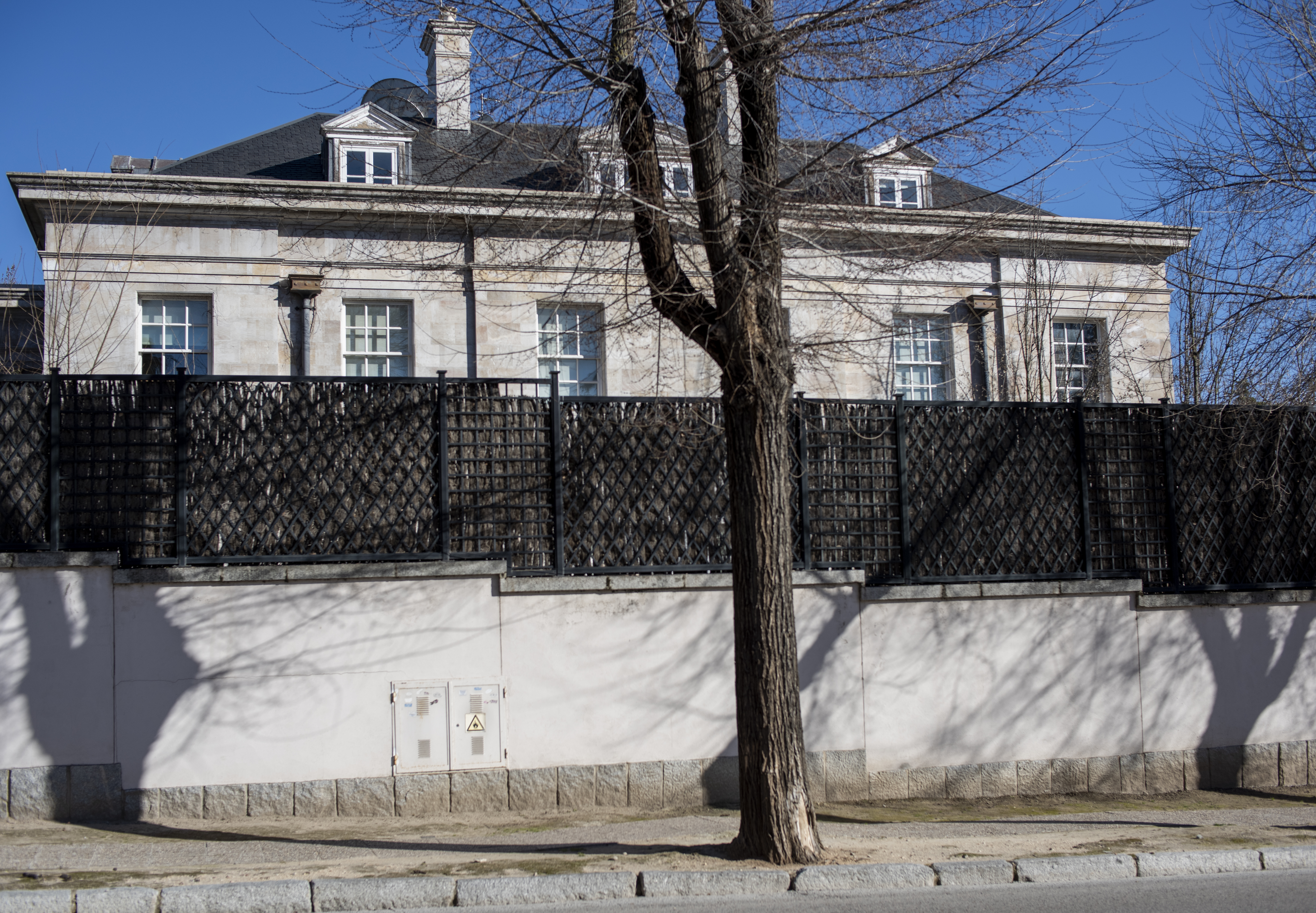 Abdul Rahman El Assir, the Spanish-Lebanese arms merchant who fled from Justice and took refuge in Abu Dhabi (United Arab Emirates), where he frequently visits the King Emeritus, Juan Carlos I, reached an agreement in 2018 with the Prosecutor’s Office, the State Advocacy and the Tax Agency to return to Spain, settle its millionaire debt with the Treasury and end a flight of more than a decade, according to sources from the investigation told EL PAÍS.

The discreet three-way negotiation lasted several months. The authorities offered him to return to Madrid without being arrested from Switzerland, where he had been staying for years at the Beau Rivage hotel, a five-star establishment on the shores of Lake Geneva. He had to stand trial for a crime against the Public Treasury, in which he was guaranteed that he would not be sentenced to prison. Before the oral hearing, yes, he had to repair the damage caused to the treasury with the payment of five million euros, plus interest, an amount much lower than what he really owed, 15 million. That reduction was the main condition for the criminal compliance agreement.

El Assir, 71, accepted the deal, wandered around law firms in Madrid for months in the company of his son-in-law Hugo Linares, and stayed in an apartment in the central Madrid street of Ortega y Gasset, where he attended visits. . Everything was going smoothly, but his repeated promises to his lawyers and relatives were not fulfilled, despite the fact that he told some that the money was on the way.

The five million that would come from two distant countries, never arrived. And, once again, this master of escapism disappeared. His lawyers asked for the trial to be suspended several times in the hope that the agreed amount would be deposited on time, but after four sit-ins in court everyone got tired of waiting and the Provincial Court of Madrid issued, in March 2019, a new order of international search and seizure. The arms dealer, friend of the emeritus king, returned to the darkness again.

“The Assir made everyone dizzy, although it seems that there was an intention to fix it, but bringing money from abroad is very complicated and the departments of compliance (compliance) of the banks are demanding”, remembers a person who participated in the failed agreement.

An investigation by this newspaper has revealed that El Assir has been residing in Abu Dhabi (1.5 million inhabitants) for months and frequently visits Juan Carlos I, with whom he maintains an old friendship. Interpol Spain has demanded that his delegation in the Emirates immediately arrest him. The Prosecutor’s Office requests a sentence of eight years in prison and the payment of almost 90 million. Witnesses to the meetings in Abu Dhabi of El Assir with Juan Carlos I interpret that the merchant intends to use his old friendship with the former head of state “to use him as a shield” before the authorities of a country where most Interpol orders They are wet paper.

Abdul Rahman El Assir’s judicial journey began by chance. The investigation into the BBVA Privanza subsidiary in Jersey —the case of the secret accounts of the bank’s directors that ended the presidency of Emilio Ybarra— uncovered a transfer from that tax haven in the English Channel to Miraflores Dieciocho SL and Gransoto SL, two of the societies that the Hispano-Lebanese had in Spain. That bank note was the clue that led the Tax Agency to a character who had his tax file blank, despite enjoying several mansions, a hunting estate to which he invited the then King Juan Carlos to hunt, a berth for yachts and a collection of luxury cars.

An unknown to the Treasury

El Assir was not unknown, although he was for the Treasury. Brother-in-law of Adnan Khashoggi, the famous arms dealer based in Marbella and who died in 2017, gossip magazines spoke of his separation from Samira, mother of Dodi Al-Fayed, who was the boyfriend of Diana of Wales; and announced his marriage to María González Longoria. However, in the National Taxpayer Database there was not a single piece of information in his name. The arms dealer did not use credit cards and the investigators even wondered if he lived in Spain.

The Jersey trail led Treasury inspectors to transfers of 30 million euros received by El Assir from the Portuguese Business Bank. According to Ildefonso González Grano de Oro, his lawyer at the time, this money was loans. The Prosecutor’s Office suspected that these were fictitious operations, since the origin of the funds was not proven.

El Assir’s escape to Switzerland then prevented him from sitting as a defendant before a Spanish judge. Baltasar Garzón, who was instructing the BBVA Privanza case, summoned him to testify, and when he did not attend, he issued the first search and arrest warrant to Interpol, a request that Switzerland did not respond to because tax crimes are not prosecuted there. The arms dealer’s lawyer managed to get the Criminal Chamber, headed by Judge Alfonso Guevara, to declare that the case did not fall under the jurisdiction of the National High Court. The matter passed, in January 2009, to the Court of Instruction number 52 of Madrid, in the Plaza de Castilla.

Three years later, in 2012, the arms dealer gave his first statement via videoconference from a Swiss courthouse outside Geneva. His lawyer reached an agreement with the judge to suspend the arrest warrant if his client testified and presented a medical certificate to claim that he could not travel to Madrid. A new shortcut to continue as far away as possible from the Spanish judges who were chasing him in a race that seemed to have no end.

The investigating judge of Plaza de Castilla filed the case because El Assir had not been called to testify by the State Tax Administration Agency before the complaint was filed against him, but the resources of the State attorney and the Prosecutor’s Office before the High Court Provincial prospered and the case returned to court. El Assir remained holed up in his quiet Swiss haven.

The order to open the oral trial was delayed until July 2014 because El Assir never appeared. His escape and the impossibility of trying him in absentia – Spanish law prohibits it – prolonged the case for another four years. A period that the fugitive took advantage of so that the commissioner José Manuel Villarejo tried to intercede for him and paralyze the cause. It was his brother-in-law Adrián de la Joya, also a resident of Switzerland, who put him in contact with the police. But he failed in the attempt.

It is in the summer of 2018 when the arms merchant, through his son-in-law Hugo Linares, conveyed to his lawyers his desire to reach an agreement because “he is tired, he is already a grandfather and he wants to return to Spain,” according to three related sources. with this research.

The presence of the Hispanic-Lebanese in the Geneva hotel where Empress Sissi resided was an open secret. In 2016, the Treasury inspectors, the prosecutors, the judge and the State attorney read in astonishment in the magazine Hello the “lavish” wedding with 400 guests at the Gstaad ski resort of Ali, one of El Assir’s daughters, with Linares, the lawyer who would most fight for his father-in-law to end his endless escapade. The report did not include a single photograph of the bride’s father. “We felt powerless watching how a fugitive from Justice exhibited his family right under our noses,” recalls one of the researchers.

The Tax Agency lost the game because the Portuguese Business Bank went ahead and executed before the embargo of the family mansion of Puerta de Hierro in Madrid valued at about 11 million. The house has 2,179 square meters built, a plot of 4,770 and stands on the same street where Isabel Preysler and Mario Vargas Llosa live. Miraflores Dieciocho SL, in whose name the house appeared, was in bankruptcy proceedings. The same fate befell the Sotogrande mansion of the arms merchant.

The future of El Assir is increasingly uncertain. In mid-2020, the French Justice issued another “search and arrest for extradition” order that appears in the Spanish police bases, as verified by this newspaper. The arms dealer was sentenced in absentia in France to five years in prison for the karachigate, a scandal of corruption and arms sales in Pakistan. He is being pursued for a financial and property crime. Part of the commissions for the sale of submarines financed the campaign for the presidency of the Republic of former Prime Minister Édouard Balladur. The latter was acquitted in the trial held in Paris.