Skip to content
Home News The election of the president of Italy fails again; no political agreement 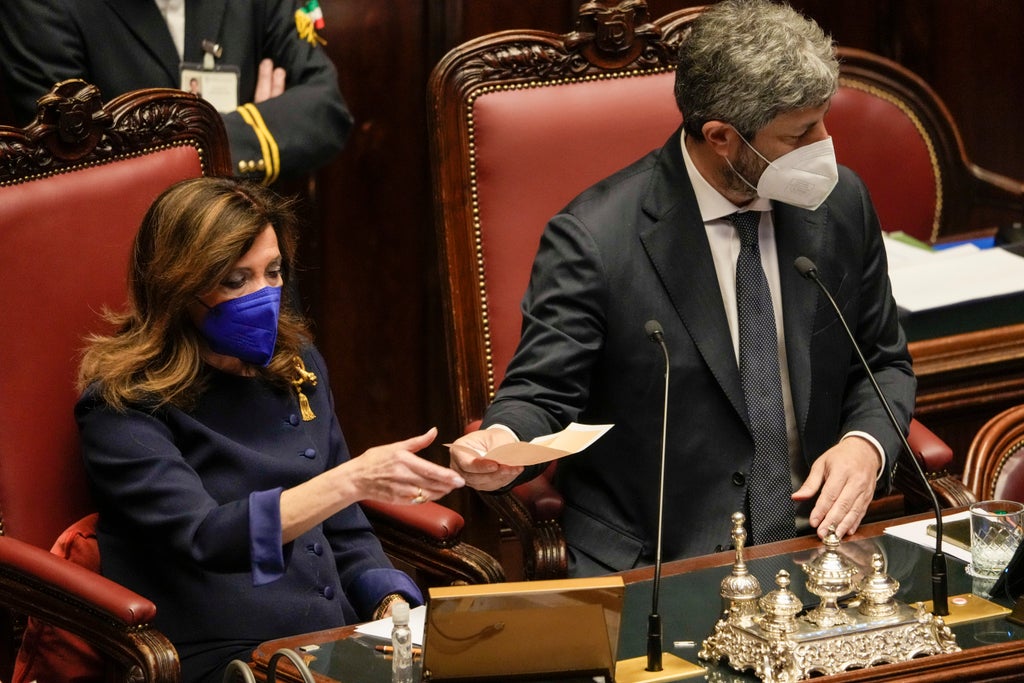 Italy’s centre-right bloc’s insistence that one of its candidates be sent to the country’s presidency backfired on Friday as its political opponents abstained en masse in the latest round of so far unsuccessful votes in parliament to choose a new head of state.

At the start of the fifth day of voting, the League’s right-wing leader, Matteo Salvini, declared that the centre-right bloc would vote for Senate President Maria Elisabetta Alberti Casellati. The springboard for his political career has been former Prime Minister Silvio Berlusconi’s conservative Forza Italia party, who withdrew as a candidate before voting began this week.

But his candidacy won just 382 votes between Parliament’s Senate and the Lower Chamber of Deputies and special regional voters, far short of the 505 simple majority needed for victory.

Neither of the two large blocs in Parliament – the center-right or the center-left – has that majority on paper. The secret ballot also means that the risk of defections is also high.

Under the constitution, the head of state represents national unity and helps authoritatively mediate Italy’s frequent political disputes in its coalition governments.

But for the fifth consecutive election attempt, unity was lacking.

Traditionally, parties across the spectrum come together to elect a head of state who is supposed to rise above the partisan fray during the seven-year term. Three former prime ministers – Democratic Party boss Enrico Letta, centrist leader Matteo Renzi and populist 5 Star Movement Giuseppe Conte – have been working behind the scenes to try to forge a consensus and have reached out to the center-right to find a candidate. suitable. to all.

Draghi has left the door open for himself to be elected president.

But Salvini and Berlusconi have insisted he stay in the prime minister’s office to help ensure the smooth delivery and implementation of some 200 billion euros ($225 billion) in pandemic recovery funds. That is compounded by nerves that any move by Draghi into the presidency could fuel political instability and trigger elections a year early. The prospect scares some political leaders whose parties have not fared well in recent local or regional elections.

Analysts in Italy and abroad have said the bickering between blocs will damage the political stability that the country has benefited from having Draghi at the helm for the past year. The former head of the European Central Bank is credited with saving the single euro currency and is highly respected in the European Union.

“Regardless of its outcome, the divisive presidential election will significantly affect the Draghi government as the coalition parties are now extremely divided and reconciling these differences will be difficult,” analyst Wolfango Piccoli at Teneo, a consulting firm, said in London. and advice. a comment sent by email.

Outgoing president Sergio Mattarella has repeatedly said he does not want a second term despite calls from some party leaders in recent weeks. He recently rented an apartment in Rome, foreshadowing his move from the Quirinal presidential palace when he ends his term on February 3.

But with political consensus across the spectrum of the party so far failing to materialize, lobbying could increase to persuade him to change his mind.