Skip to content
Home News The education of children, in the midst of a global crisis 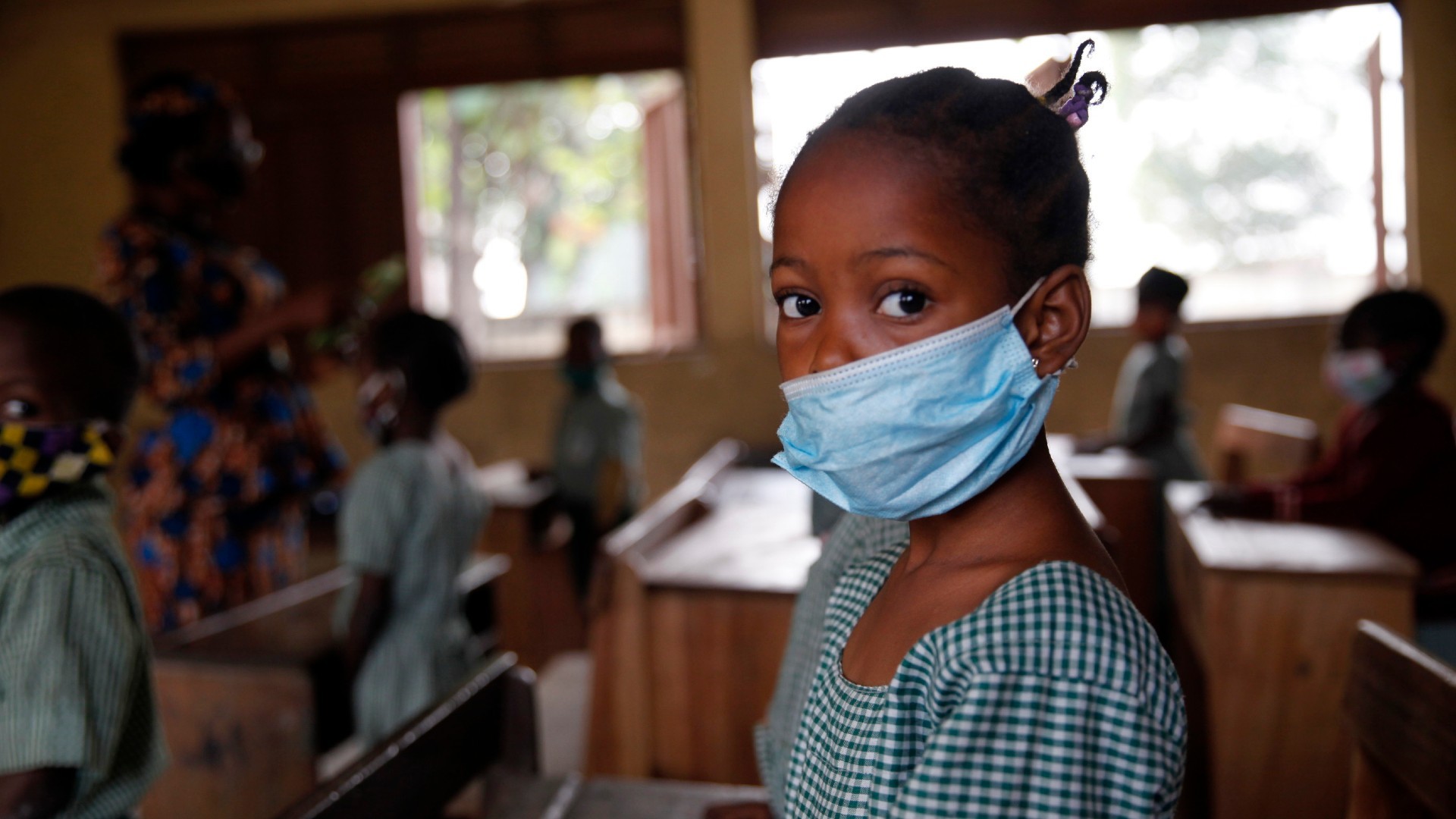 About 1.6 billion schoolchildren around the world stopped going to class in 2020 as a result of the pandemic and, although many have been able to return to schools, too many children are still disengaged from education. Taking into account that this burden has converged over time with other evils that also impair access to education for minors and that continue to worsen, such as violence, gender inequality or climate changeIt is not surprising that there is now immense concern among organizations fighting to change the landscape of the most vulnerable.

“As a result of the pandemic we have been immersed in a health emergency, but we can also speak clearly of an educational emergency, of an educational crisis that has affected in one way or another all the boys and girls in the world, “laments Carlos García de Bakedano, from the UNICEF Spain Programs team.

“The pandemic has triggered an unprecedented global education crisis“

This NGO estimates that there may be “up to 24 million children who do not return permanently to school “, which is a real drama because” every month that a child misses school, going to school, seriously compromises their opportunities for the future. “

“The pandemic has triggered an unprecedented global educational crisis“, they also affirm from the NGO Plan International. Its Advocacy manager, Constance Colin, assures that there has been “a tremendous setback in advances that had been achieved for decades “regarding the defense of the right to education of boys and girls.

Education “on the brink of collapse” in a quarter of countries

The NGO Save the Children has been warning for some time that the education of millions of school-age children in a quarter of the world’s countries it is “on the verge of collapse”. A recent report from this organization titled Build Forward Better specifically points out that factors such as climate change, lack of vaccines against COVID-19, displacement, violent attacks on schools and lack of digital connectivity are jeopardizing access to education for the most vulnerable children in 48 countries.

This situation is added to the fact that 258 million children around the world were already out from school before the pandemic.

According to the analysis of that NGO, the Democratic Republic of the Congo, Nigeria, Somalia, Afghanistan, South Sudan, Sudan, Mali and Libya have education systems that are at “extreme risk” collapse, closely followed by Syria and Yemen.

In addition, this organization points out that the inequality between countries is enormous. Children in low-income countries have lost 66% more than their school days during the pandemic, compared to their peers in other wealthier countries.

1.6 billion schoolchildren stopped going to class due to COVID

According to UNICEF data, 1.6 billion schoolchildren stopped going to class due to the pandemic. On September 16, a year and a half after the outbreak of COVID, las schools of almost 77 million students they were still almost completely closed and in 27% of the countries schools were still totally or partially closed.

From that same organization they not only speak of lost learning but also of a potential that is postponed and that increases uncertainty about the future of many children, who have lived “a crisis in the shade”. For some of these minors, the closure of schools and institutes has led to the school dropout, child labor or early marriage.

According to García de Bakedano, Bangladesh, the Philippines and Panama are among the countries where schools have been closed the longest. To date, he says, in most places they have been opened, but there are quite a few who have opted for a hybrid model that Unicef ​​is not convinced.

“Presentiality is essential for the educational processes of children”, underlines this expert, who adds that the closure of educational centers It also had an impact on the health of minors –fundamentally in their mental health – as well as in their well-being and their protection.

For most, classrooms are the only place where they can socialize with their peers, access health and immunization and receive nutritious meals. The limitation to school due to the pandemic has blocked fundamental aspects of childhood, beyond teaching itself.

Surely, for reasons such as those spelled out by the different organizations, the secretary UN General Antonio Guterres, already warned last summer that “we are in the midst of an educational crisis.”

Experts also recall that in the midst of the health crisis online and distance learning it stood as a lifeline for millions of schoolchildren, but at the same time and unfortunately it turned out to be ineffective for many others. There has been no equal access technology not even within the same countries and, furthermore, the quality of the curricula developed during the pandemic has not been the same in all cases.

“As governments adapted distance learning solutions to respond to the pandemic, it appears that speed was prioritized over fairness in accessing the results. Everything seems to indicate that the responses to COVID-19 were prepared without paying practically attention to inclusion, something that also caused an increase in the risk of marginalization, “says a UNESCO report.

In addition to reversing this problem, García de Bakedano emphasizes the need to improve working conditions and pedagogical resource capacity of teachers, which is also very “uneven”, and prioritize vaccination against COVID-19 among teachers. All this collides with the planned investment, since, according to Unicef, the budgets for education they have been reduced by 65% ​​in low- and middle-income countries.

Special mention deserves the impact of the climate crisis in access to education, as many children leave their schools when they are affected or end up being destroyed by extreme weather events. According to Save The Children, almost half of the 75 million children who interrupt their education each year do so, they point out, due to climate threats such as cyclones, floods and droughts.

Due to climate change, experts see likely that more and more minors will have to flee their homes and leave their education behind, something that also happens in conflict situations or when violent attacks against educational centers occur.

For this reason, Colin emphasizes the importance of valuing schools as a “protective environment”. They are not only those that guarantee the future of minors, he says, but also those that also keep many children safe from violence, child marriage, abuse, child trafficking, exploitation and recruitment into armed groups .

Asked about the specific case of Spain, the experts point out that, although what happened in this country is not comparable with other countries, it is appropriate invest to alleviate the effects of the pandemic in the educational field. Unicef ​​calls for an educational reinforcement to compensate for the deficiencies and try to reduce the high rates of early school leaving and school failure. They also see fit to support minors who may express mental health or psychosocial problems.

Regarding the problems faced by education in this country, Save The Children refers to a report published this year that argues that, in recent years, the school segregation has become “in a growing problem for the quality, equity and freedom of education in Spain”.

In the analysis of the experts on this educational crisis there are also continuous allusions to how the gender gap in education has widened since the outbreak of the pandemic. Colin explains that when families suffer economically “girls are the first to be forced to drop out“because it is” less of a priority for them. “In addition, minors without education are” three times more likely to be married or end up in a relationship with an older man than they are before the age of 18 than those who finish high school. “

A report of this NGO made through testimonies of 1,900 adolescents, parents and teachers from Guatemala, Honduras, Kenya, Nepal and Sudan reveal the difficulty of girls and adolescents to stay in education during this pandemic year: an average of 46% of adolescents He assured that he had not been able to be in contact with the class, a figure that in Sudan amounts to 84%.

“Before the pandemic, 130 million girls worldwide were out of school and now the consequences of COVID-19 could do that up to 20 million more girls and adolescents do not return to class this year, “they point out from Plan International.

As if that were not enough, since the beginning of the pandemic, an increase in violence was also detected within homes and cases of child labor have risen to 160 million, up for the first time for two decades. The International Labor Organization and UNICEF have warned that nine million more children are at risk due to the health context, something that also affects girls to a great extent.

The situation is very delicate for those living in emergency situations caused by widespread violence and armed conflict. For instance, 28% of Syrian refugee adolescents in Lebanon they have not received an education since the beginning of the pandemic.