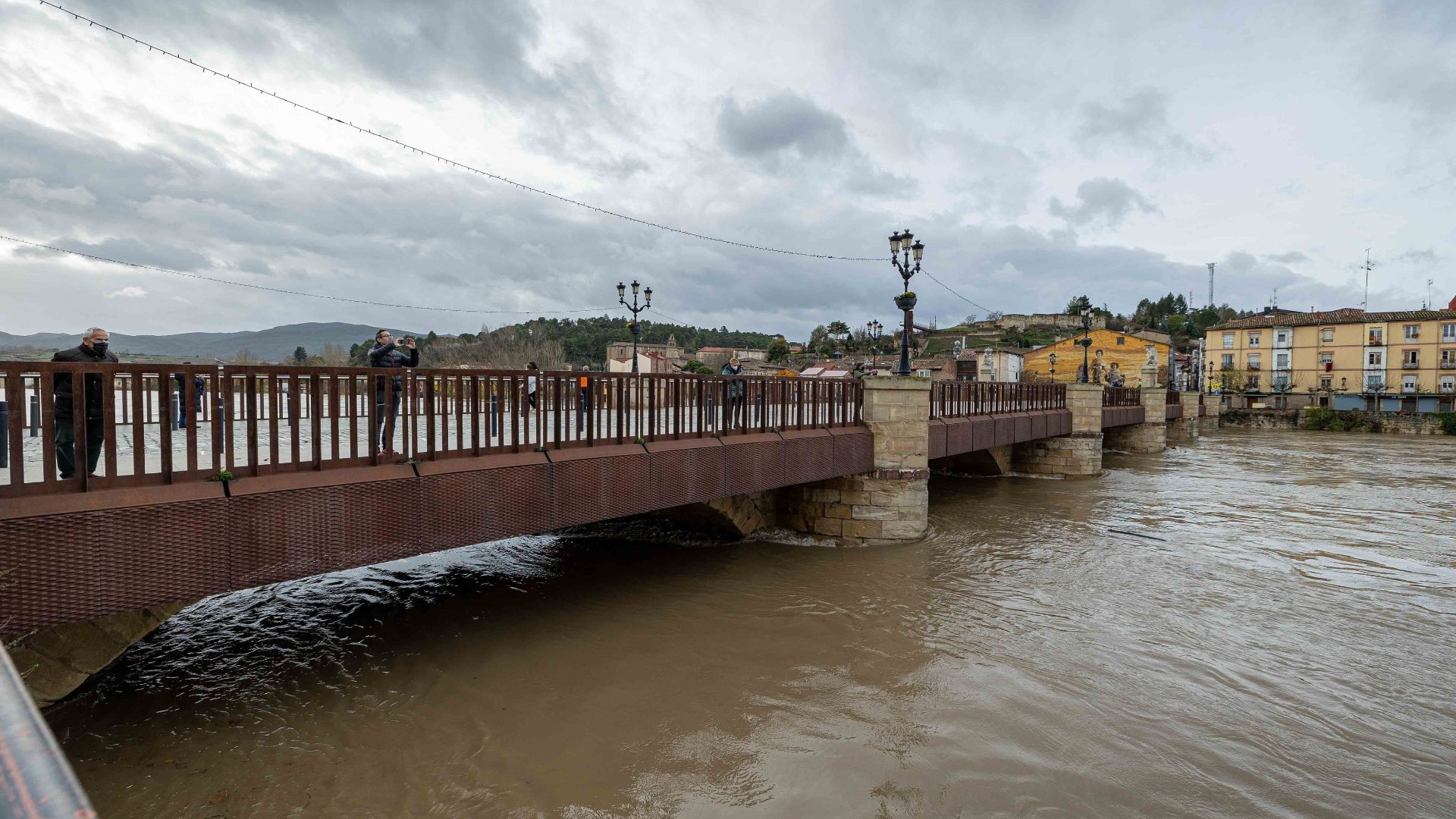 The rainstorm that affects the north of the peninsula keeps several Spanish communities on alert during the weekend before the risk of avalanches and the overflowing of rivers, especially in Basque Country, Navarra, Aragon and Castilla y León.

It is the case of Ebro, whose flood has begun to cause floods this morning in some growing areas and several streets of the Old Town of Tudela (Navara).

According to the latest forecasts of the Ebro Hydrographic Confederation, the river flow will exceed 2,900 cubic meters between Saturday night and Sunday morning. reaching historic levels.

In Miranda del Ebro (Burgos), where the flood caused the cutting of some streets in the urban area on Friday, the situation tends to improve on this day and it is returning “little by little to normality,” as sources from the City Council have indicated to EFE.

In Navarra there have also been evictions in the lower reaches of the Arga river, with cuts in roads that affect the main network. The Regional Government has advised to minimize mobility and not to travel by road in case of need. The evictions have taken place in the Falces mota, as well as in isolated homes in Peralta and Funes.

In Elizondo keeps searching for a 61-year-old man, who disappeared after leaving his home on his way to work in a Lesaka company, without reaching his destination.

In Aragon, the Military Union of Emergencies has deployed this Saturday 292 military personnel, 102 vehicles and a helicopter to cope with the flooding of the Ebro in several municipalities of the province of Zaragoza. The initial areas of deployment are the localities of Heifers, Luceni, Alcalá de Ebro and Cabañas de Ebro, where initially they have been assigned the task of reconnaissance, surveillance, containment and reinforcement of motes.

Complications in the Zadorra basin

At Basque Country, the situation is worrying in the provinces of Guipúzcoa and Álava, especially on the roads and populated places near the riverbanks. The greatest complications are found in the Zadorra basin and nearby municipalities, due to the strong discharge of water accumulated in the reservoir of Ullibarri-Gamboa which has been maintained throughout the night and into the early morning.

For landslides caused by heavy rains, numerous roads of the secondary network remain closed, especially in the aforementioned provinces, but also in Biscay.

This morning the rescue of a woman in Ribaguda (Álava) was registered, who had been trapped with her car in a raft of water and had to be removed from the vehicle by the firefighters of the nearby town of Miranda de Ebro.

The General Directorate of Civil Protection and Emergencies also maintains the alert in the Pyrenees, where snowfall, snowmelt and wind can favor the formation of avalanches.

The wind It will continue to be the protagonist in much of the country both due to the storm on the coast and the winds on land, although it will diminish throughout the weekend. On the Cantabrian coast, you can register waves up to seven meters and strong waves are also expected in the Mediterranean and the Canary Islands. Meanwhile, in the east of the Peninsula the winds may reach gusts of up to 90 kilometers per hour.

The temporary ‘Barra’ will decrease as the weekend progresses, but for now the General State Plan for Civil Protection Emergencies (PLEGEM) in the Alert and Permanent Monitoring phase, as well as the protocols and plans related to the different adverse conditions in Aragon, Cantabria, Castilla y León, Catalonia, Galicia, the Balearic Islands, the Basque Country, Navarra and Asturias.