Skip to content
Home News The Dial Awards party returns with a solidarity memory to La Palma: this has been the gala | Culture 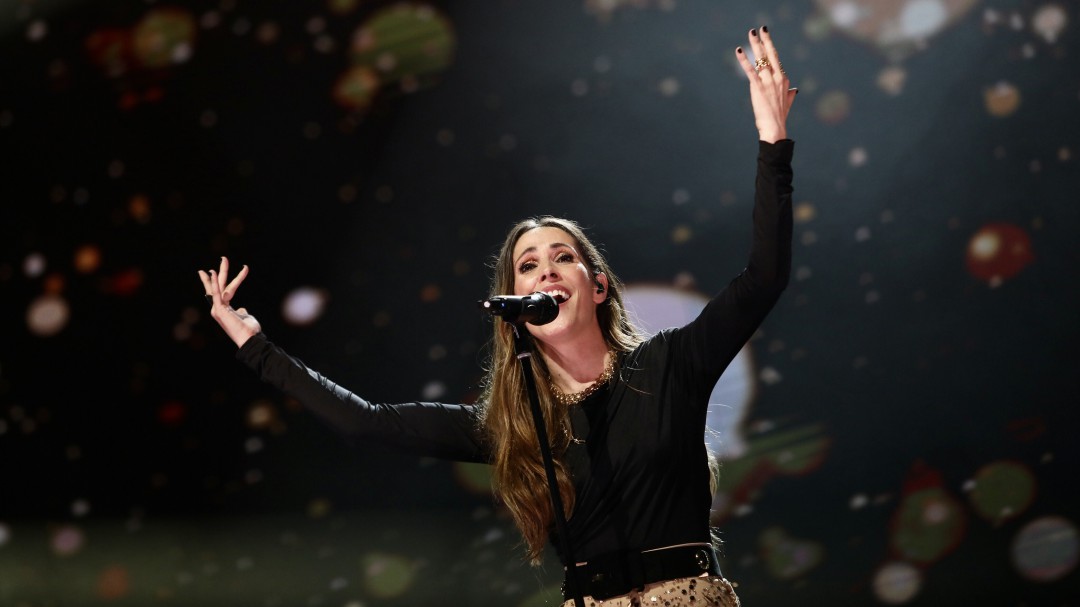 The Santa Cruz de Tenerife fairgrounds this Tuesday was the venue for the 25th edition of the awards that Cadena Dial awards annually to the most important artists of Spanish music. After a year of hiatus, the awards have returned to the island of Tenerife in a gala presented by Luis Larrodera and Ana Guerra.

The twenty-fifth edition of these Dial Awards began with Tenerife’s Ana Guerra, who recognized that she was “nervous” about “playing at home”, singing small fragments of songs by Raphael, David Bisbal, Antonio Orozco, Pablo Alborán, Beret, Melendi, Rozalén , Vanesa Martín or Malú, some of the undoubted stars of the night.

How could it be otherwise, the gala being held in the Canary Islands, the gala presenters wanted to dedicate a few words of memory to the neighboring island of La Palma two months after the volcanic eruption: “Our love and our memory for the people of La Palma, who are living a nightmare, “said Luis Larrodera, who has once again celebrated such a gala after almost two years in which” the clock of our lives stopped. “

The gala featured, among others, the performances of Rozalén, who wanted to remember the people who have listened to his music since its inception; Sergio Dalma, who was grateful that “we met again” at a live event with an audience; Malú, who received his fifteenth Dial award, a “pretty girl” who dedicated to La Palma and “all professionals in the music sector” after a hard year; Pablo Alboran, who said he was “unable to hold on” and sang his new song;

A song and a constant memory of La Palma

Tonight has been presented at the ‘Virgen de las Nieves’ Dial Awards, a song by Melendi in the form of poetry for all the people who are suffering the scourge of the Cubre Vieja volcano on the island of La Palma. A charitable theme whose benefits will go to the victims of La Palma, who will receive aid through the Fundación Canaria Taburiente Especial (Funcataes), an entity based on the island of La Palma, whose purpose is to collaborate with the care of the people with intellectual disabilities.

Raphael and Rosario, awarded for their careers

The great ovation of the night went to Raphael, who received one of the most emotional recognitions of his long professional career on Tuesday. With the entire fairground public standing, Raphael collected, from the hands of his son, Manuel Martos, the Dial award for career. “For me it is a very beautiful and special moment,” explained Martos. “I want to thank my son for giving it to me (…) Thank you for making a man happy working for you,” admitted an excited Raphael.

He was not the only one to receive recognition for his professional career. Rosario also received this award. “See you on stage. Long live the music. You have touched my little heart,” said the singer, who could not attend the gala.

In a year in which research has been more relevant than ever, the Dial Awards have sought to highlight the role of science and that of women scientists. For this reason, part of the proceeds from the tickets for the crowded Santa Cruz de Tenerife fairgrounds have been donated to research projects at the IPNA-CSIC, a CSIC center located in Tenerife.

In fact, during the event a tribute was made giving an award to the scientist Inés Pérez Martín, Second Deputy Director of the IPNA-CSIC representing the group of women dedicated to science. “It is an honor that women of science are remembered on a night like this,” he said.

All winners of the 2021 Dial Awards