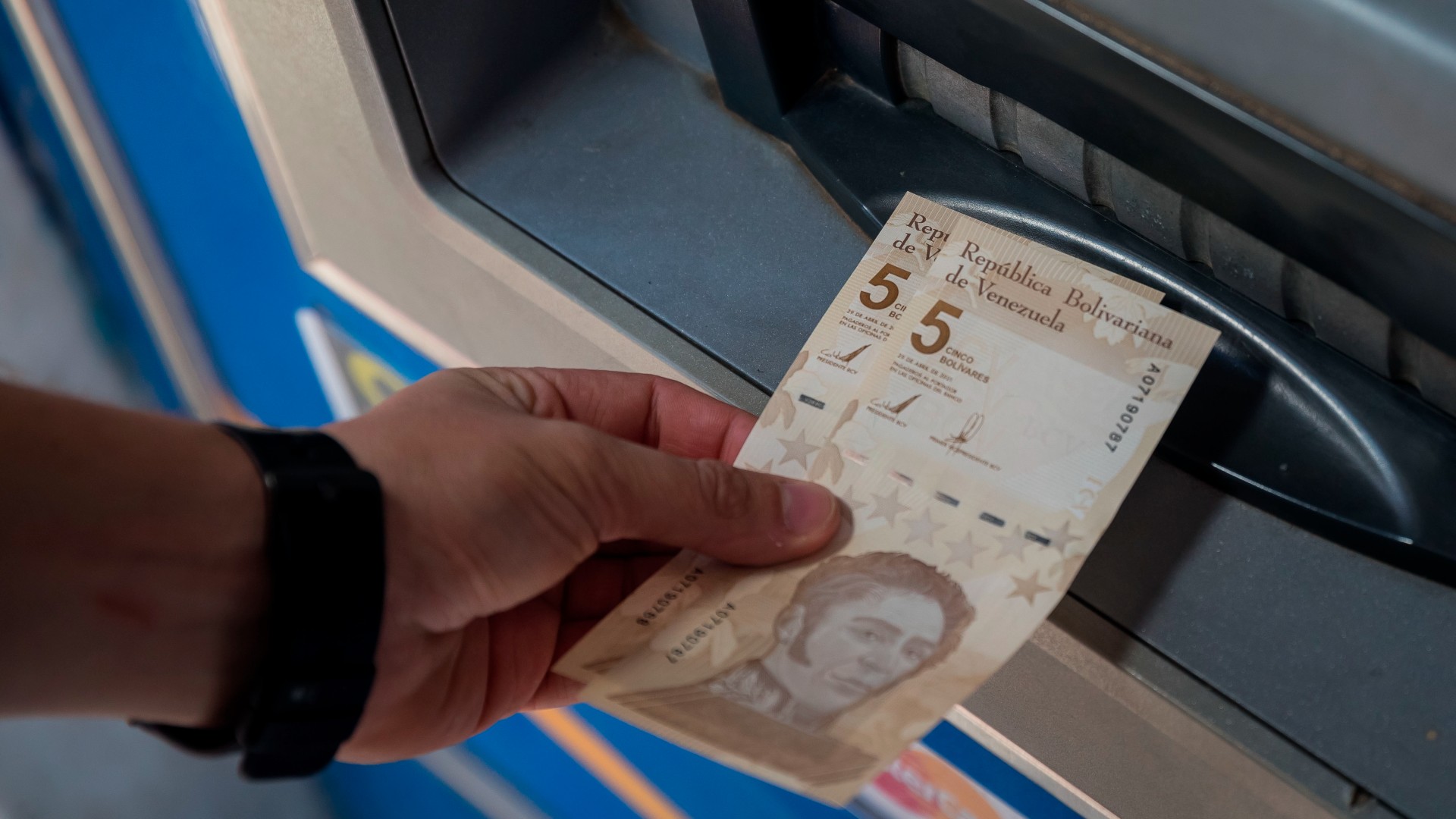 In the market of Chacao, one of the middle-class neighborhoods of Caracas, dozens of fruit, vegetable, meat and fish stalls keep their windows full of products. The image has nothing to do with the Venezuela of three years ago where food was scarce in squares and supermarkets.

Hector, a chef by profession, enters this commercial ship armed with patience. Carry a pencil and paper where, as you shop, write down the bolivars and dollars you spend. With the hyperinflation of the local currency, the currency has gained momentum in the country. Nobody knows how it started to circulate but everyone has greenbacks.

“I have been collecting in dollars for years“

“I have been collecting in dollars for years. They pay me about eighty dollars a week approximately, is that if they did it in bolivars it would not reach the end of the month“Hector confesses. Although he has gotten used to it, the use of the two currencies complicates simple transactions. Citizens choose the form of payment: dollar, bolivar, card, cash …, they can even opt for the mixed formula.

“If you, for example, want to buy a product that costs $ 1.50, you can pay the dollar with the bill and you pay the fifty cents in bolivars“Hector affirms. Consumers often opt for this combination, because, although the currencies are accessible, it is difficult to find small currencies for the change.

The presence of the currency in the Venezuelan economy means that most of the establishments have two boxes; one with bolivars and the other -in money B- with dollars. “If you ask me for an invoice for a purchase that you have paid in dollars, I cannot give it to you. Then I only invoice those purchases that have been made in bolivars” explains Fran, one of the vendors who has his own stall in the market. . In some cases there are establishments that, after making a payment in dollars, offer the invoice in bolivars.

At this turning point of the Venezuelan economy, citizens are little concerned about the tax issue. In Venezuela, the country that for years received a billion-dollar income from oil, there has never been much tax culture, so in these circumstances much less.

Waleska tries to charge an operation to a customer who uses the mobile phone as a means of payment, the application is similar to the bizum that we use in Spain. “We have an account in the US that my brother-in-law opened. My husband’s brother, he is there and opened the account. Now we are partners with him and we can have access to it but from here,” says this seller of fruits and vegetables.

All the dollars you receive through this means go directly abroad. “I don’t need to withdraw that money in cash. I also make my payments in the same way, for example to my suppliers, who charge me only in dollars “Waleska tells us.

Along with the dollar they circulate other currencies that have more or less strength depending on the area of ​​the country. At the border with Colombia you can pay in Colombian pesos. The euro, gold, coffee or barter, explains the economist Manuel Sutherland, also have a presence in the new economy.

Cumulative drop in GDP of more than 75%

In recent years, the GDP has had an accumulated fall in Venezuela of more than 75%, this contrasts with the high prices that we can see in the country. The big mac index, which is popularly used around the world to measure the strength of a currency based on the price of a hamburger, has exploded. In Caracas eating a hamburger costs 9 dollars, it is double than in Spain, and worth more than in cities like Dubai, Oslo or Helsinki.

See also  BREAKING: Vile student, 21, who described himself as a 'sex god' found guilty of raping two women and sexually assaulting another, as his family rages in court

We changed the scene and moved to the Mercedes sector; it is one of the upper strata of the capital. In the middle of the health crisis, they have opened new businesses here, especially supermarkets and luxury restaurants. It is difficult to understand the activity that begins to resurface in such a weakened situation.

“It is money was out of the country because for many years there was a capital flight. Now, in a way, it is coming back, it is thought to be coming back. And it is doing it because there are investment opportunities, “says economist Manuel Sutherland.

But not all that glitters is gold and this activity is restricted to certain neighborhoods. “They have opened supermarkets, restaurants, luxury buildings are being built. But it is in very, very, very specific sectors of the city. Let’s say in the high-end sectors, but that somehow have a drag on the rest of the economy” Sutherland clarifies.

The ECLAC, the UN economic body for Latin America and the Caribbean, foresees a growth for Venezuela of 1% in 2022. Some analysts are more optimistic and estimate that it could reach 3%. But even at this annual rate, Venezuela would need more than 25 years to reach 2013 levels, where the economy had positive growth for the last time.