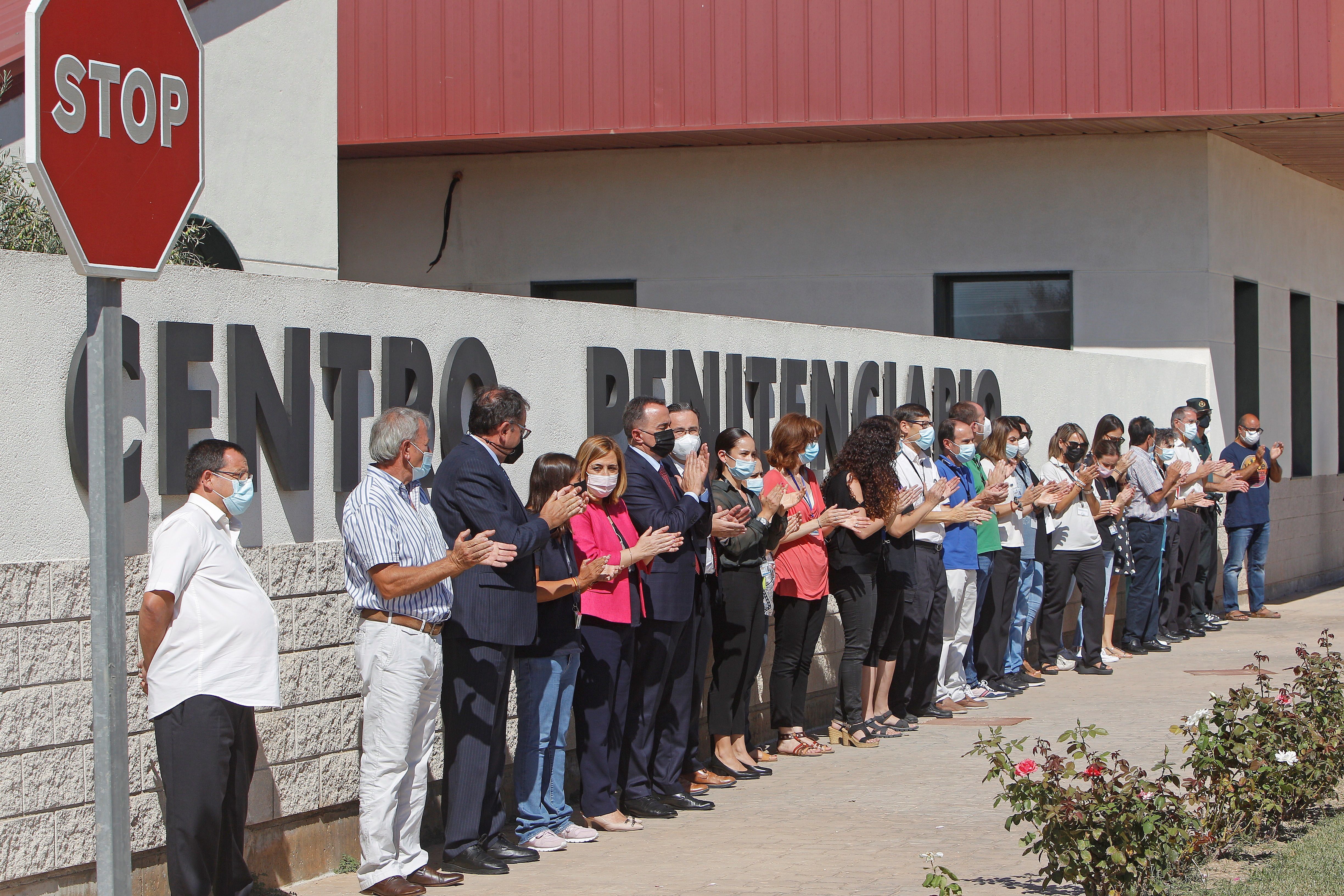 Agents of the Civil Guard have arrested this Wednesday the deputy director of the Alicante II prison, located in the municipality of Villena, accused of the crimes of false report and simulation of crime after the investigation opened after this official reported, the past September, that five hooded men had attacked her in the doorway of her home when she was going to work, according to sources from the armed institute confirmed to EL PAÍS. The investigations, baptized with the name of Operation Silence, have concluded that this attack never existed despite the fact that the one now arrested had injuries to her face. After giving a statement assisted by a lawyer, the person in charge of the Alicante prison was released while waiting to be summoned by the judge who directs the investigation.

When the alleged attack became known, both the Secretary General of Penitentiary Institutions, Ángel Luis Ortiz, and the Minister of the Interior, Fernando Grande-Marlaska, showed their support for the woman. Grande-Marlaska came to describe her as “a true civil servant”, while Ortiz led a concentration of rejection for the events denounced at the gates of the prison in which the now arrested civil servant participated. This Wednesday, Penitentiary Institutions was waiting to have official notification of the arrest to open a file on the woman and remove her from her functions in the Alicante prison, as confirmed by sources from this body.

The news of the false attack was known on September 6, when the deputy director of security of the Villena prison denounced that she had been attacked first thing in the morning by five or six hooded men leaving her home on her way to work. . Then Penitentiary Institutions linked in a press release the alleged aggression with the internal investigation opened in the prison for the beating that, a few weeks before, an inmate with a mental illness had suffered at the hands of three officials of this prison. The assaulted deputy director was supposedly responsible for guarding the images recorded by the prison’s security cameras that recorded that event and, according to her complaint, the attackers wanted her to erase them.

In her complaint, now considered false, the woman assured that three of the alleged assailants had held her from behind while another struck her twice hard in the face while demanding that she keep her “mouth shut” in the statement that was to be carried out the next day for the beating of the inmate. In addition, he assured that days before he had received threats on his phone through WhatsApp messages from “a hidden number.” The official excused herself from not being able to provide the telephone terminal with these messages because, she assured, it had been stolen from her in prison. The investigation now points out that neither the threats nor the theft of the mobile phone existed.

That complaint provoked a reaction from the Interior, which called concentrations of rejection at the gates of prisons. The Secretary General of Prisons then affirmed that “any irregular behavior will have a response as just as it is forceful”, while Grande-Marlaska showed in a television interview “all my solidarity and appreciation” for the alleged victim. In front of them, the civil servants’ unions charged against the Ministry of the Interior and those responsible, whom they accused of criminalizing them.

The confrontation between the representatives of the workers and Penitentiary Institutions worsened when, weeks later, the prisoner who had suffered the beating wounded an official of the Cuenca jail where he had been detained after being arrested again with a sharp object. after being released. Currently, the three workers identified as the alleged perpetrators of the beating continue to be investigated.