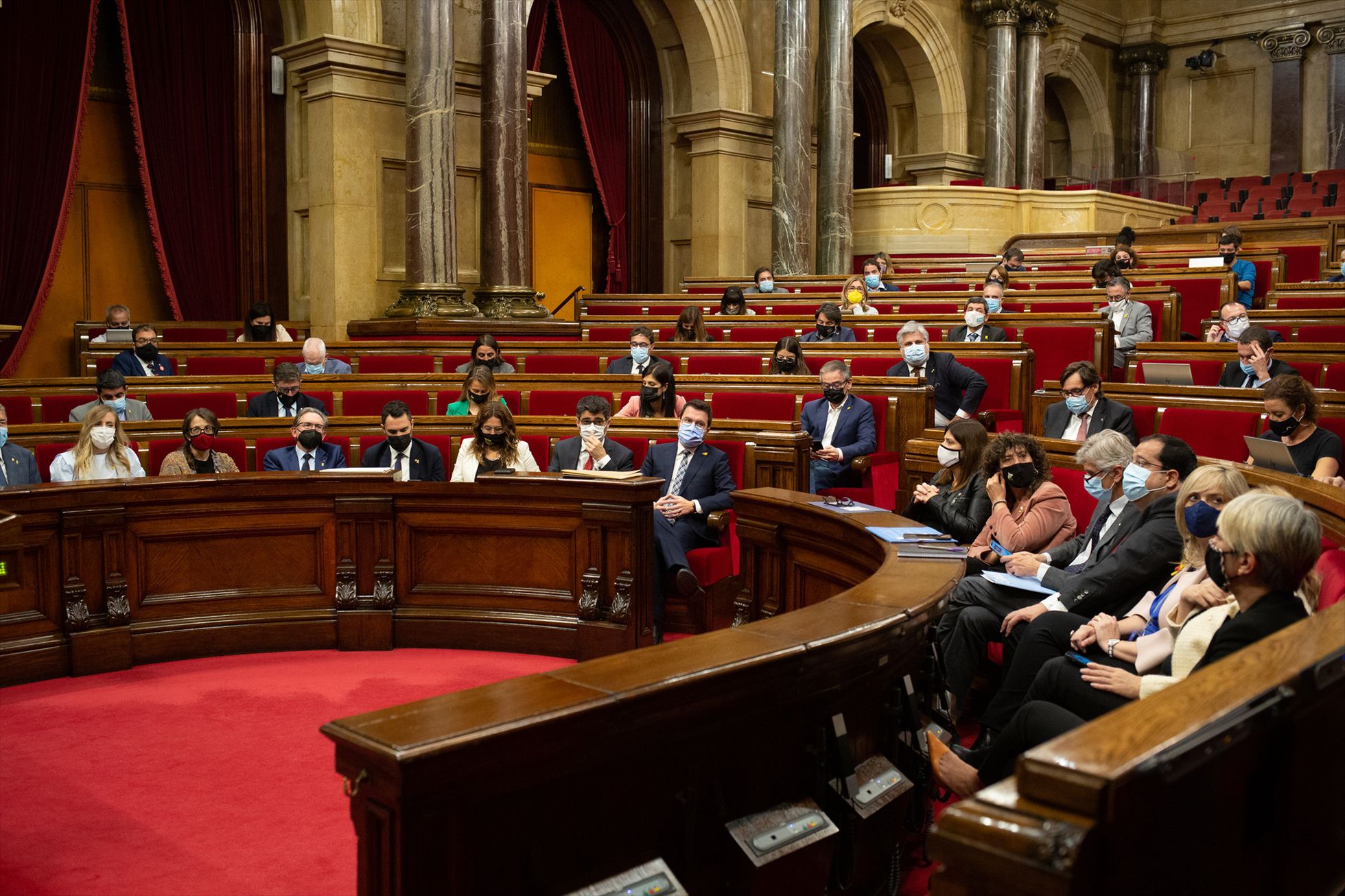 Immersed in a serious institutional crisis due to the case of the disqualification of the deputy Pau Juvillà and of internal functioning due to age licenses —which allowed civil servants to collect their entire salary without going to work—, the Parliament still has not resolved a third front: that the deputies do not pay all the personal income tax on their salaries. The Table waits for the groups to reach a consensus to repair this anomaly. PSC, ERC and Junts negotiate a solution. The conflict lies in whether the payment of these taxes is assumed by the Parliament or if the deputies pay for them individually. Each parliamentarian could stop earning between 500 and 600 euros a month if he pays taxes on all his income.

The Plenary Session of the Parliament approved its budget in October and left in the air the formula of how to pay for the salary of the deputies by not having closed an agreement in that chapter. The Chamber, yes, made a reserve of two million in anticipation that it must assume the cost, which is calculated at 1.1 million. The CUP and the commons reject this scenario because they believe that they already receive sufficiently high salaries —2,900 euros for a common deputy without counting personal income tax-free allowances. “Deputies and deputies, we charge a lot”, snapped from the lectern in that session precisely the deputy Juvillà, recalling that they receive an average of 60,000 euros and the average salary in Catalonia ranges between 23,000 euros for women and 29,000 euros for men.

Xavier Pellicer, of the CUP, argued in January that the situation was dragging on and unsuccessfully urged the big parties to present a proposal. “It is necessary to act. PSC, ERC and Junts do not want this per diem reduction to imply a salary reduction. They want the public treasury to assume it,” he said, pointing out that if they do not want to resolve it, they should assume the consequences of having those “exorbitant salaries” and “those privileges.” The CUP showed its willingness to present a document to debate it at the table on day 1, but everything was overshadowed by Juvillà’s disqualification and the revelation of his illness.

The Table already approved in 2017 and 2020 two provisions to apply a gradual and progressive reduction of these allowances and so far it has been done minimally: 375 euros in the case of deputies from the metropolitan area and 529 for those of more than 191 kilometers . The president, Laura Borràs, is in favor of the review and has proposed alternatives for the groups to assess, willing to eliminate them although there is no agreement on how. The deputies receive their salary in two concepts: the base and the allowances for displacement that are not paid to the treasury in accordance with a state law 25/2006. The item varies depending on the place of domicile of the deputies divided into four sections: 16,975 euros per year if they live within the metropolitan area; 22,070 from that crown to 80 kilometers; between 181 and 190 kilometers 23,000 and more than 191, 23,895 euros. To these amounts must be added the bonuses in case they hold positions in their groups as president or group spokesperson or commission president.

Alicia Romero, socialist spokesperson, admits that they have not reached an agreement. “We are at the same point. The groups are working and analyzing the situation with comparisons with other parliaments and we hope to close it this quarter”, she said, recalling that the Board hopes that there is such a consensus. Jéssica Albiach, leader of the commons group, specifies that the matter is dealt with in the Table, of which they are not a part, and that the big parties are talking about it “basically”. “As they know what our position is, which is that the salary of the deputies is taxed at 100%, they have not told us anything else,” she says sarcastically.

The mandate of how to solve it is still up in the air and the groups are making numbers through the walls because paying the treasury would mean a loss of between 500 and 600 income for each deputy. One possibility is to increase their gross salary, paid for by the Chamber, so that the deputies do not lose income at the expense of the Chamber’s coffers. Another hypothesis is that the tax burden is assumed halfway by the Parliament and the politicians. One of the ideas is to take as a base the salary of a deputy from Barcelona and add the mileage expenses, which are taxed and which would force the deputies to show that they physically go to the Chamber.