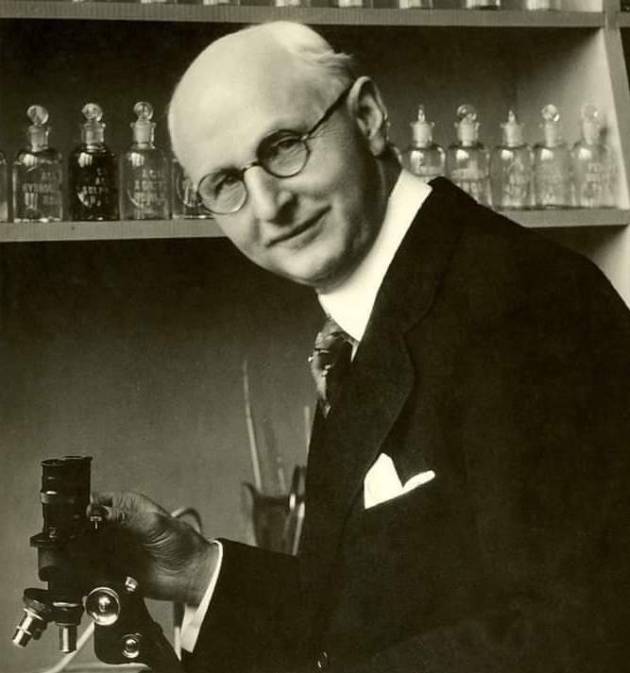 Recommending eating (real) food and avoiding ultra-processed products is a classic that is at least almost a century old. It is possible that this data surprise many when they observe the growing militancy of people who today are armed with the uniform of the #realfooding, with modern and super revolutionary airs when using this movement as a flag. Not a few people even use the adjective realfooder as an element that defines them in their respective social networks. That they eat real food, well: or so they pretend; whether they get it or not. Because that, with which he is falling, is another story.

Four years ago, dietitian-nutritionist Carlos Ríos coined a term that has made “real food” popular in Spain: realfooding. Accompanied by no small investment in marketing, its promotion of foods outside of the ultra-processed seemed sincere. The recent presentation of a cocoa cream realfooder that possibly violates the food labeling standard -and in several points-, and which is also a beautiful example of the where I said I say, I say Diego in the nutritional field, has sown doubts among many professionals. Or it has ended up convincing many others who had long condemned #realfooding – and its author – as promoters of Eating Disorders. In any case, many other professionals had advocated a food-based eating pattern. Dry food. Not real, not really. Food and that’s it.

Weston Price (1879-1948), a Canadian dentist – the dental professional, not the dieter – who was especially concerned with nutritional issues, published in 1939 a revealing work entitled Nutrition and Physical Degeneration. In it, beyond what the title announces, Price affirmed that many of the diseases considered endemic in Western societies – beware that he was referring to the 1920s and 1930s – were rarely present in other cultures. With this thread of argument and from an ethnographic perspective, he defended that, as societies abandoned their original diets and embraced Western life patterns, they gradually fell into what Price then defined as Western diseases (today we would call them Non-Communicable Diseases) .

He concluded, therefore, that the industrial methods for preparing and storing food typical of Western societies eliminated the vitamins and minerals necessary to prevent disease. In the book, he also comments that various aspects of modern Western diets – and in particular the presence of flour, sugar and processed vegetable fats – caused nutritional deficiencies that ended up causing various health problems. For all this, he encouraged and recommended the use of unprocessed foods, let’s call them ‘real’ or ‘real’.

At this point, an important warning is necessary. The so-called Weston A. Price Foundation, born in 1999 – more than 50 years after the figure from which it takes its name died – is one of the worst online sites in which to gather scientific information … about anything. This foundation, to this day, is in favor of the use of homeopathy, it is markedly anti-vaccination and among its crazy recommendations we find the consumption of raw milk, doing a disservice to the image from which it is supposed to take inspiration. In reality, some of Weston Price’s proposals – both in the field of dentistry and nutrition – could be dismissed as questionable, but this foundation goes further. So much so that its contents could be useful taken in reverse: whatever is stated in it, whatever it is, is probably false.

Price was the first, but there was more

At the beginning of this century, Michael Pollan, an American journalist specializing in nutritional issues from an evolutionary perspective, published In defense of food (In defense of food) that in Spain obtained, in my opinion, a terrible translation: The detective in the supermarket. Title that in no way reflects the message of the original title – which refers to the defense of ‘real’ food – nor does it attest to the contents of the work. Be that as it may, if this book became famous for something, it was by offering three incontrovertible tips on healthy eating and using just six words for it (don’t miss the first one):

It is clear that a certain amount of resources are invested in the work to explain the reasons for each of these tips: in relation to the first one, the author declares that the food that he invites us to eat (and not another) would be the one that our grandmothers would identify as such. Actually, the message could have been more descriptive and use expressions such as eat real or real food, although in my opinion, the author’s intention is more than clear when he refers only to ‘food’, period. The other, which would be that which is susceptible to be ingested and which is usually the object of marketing, is not ‘food’.

See also  New Year's Eve 2021: Ibai and Ramón García, the not-so-strange couple that has attracted 2.2 million users on the bells of Twitch | TV

Grandmothers as a benchmark

It is curious to count the number of times that the figure of the grandmothers comes to light in this context, as well as the various circumstances in which they are mentioned. In addition to Pollan’s case, the White Book on Nutrition in Spain (2013) is added in which, while developing the idea of ​​how difficult it is for consumers today to make food choices, it is stated that “our grandmothers lived among a short hundred food […] Today, in a hypermarket in any of our cities, the consumer faces more than 30,000 different food products”.

I do not think that the use in the text of ‘food’ – when he mentions that short hundred options – and of ‘food products’ – when referring to the more than 30,000 – has been left to chance. That was (real) food and the rest, up to 29,900 items, no. It is also true that many of our grandmothers never saw a kiwi or a mango in their lives, nor did they hear about quinoa, kale, shiitake mushrooms or the like.

Today and in our environment, we live in a global village in which (for better and for worse) we have access to a multitude of “real” food options that before did not exist, they were only inaccessible based on a logistical issue. However, it is easy to agree that most of this new offer, in relation to the times of our grandmothers and today, is characterized by ultra-processed or, let’s call them, “ingestibles with little or no interesting nutritional profile”.

As consumers we should do a minimum exercise of introspection and recognize that we are a bit like a chicken without a head. We are the only animal that needs to be told how to eat and, furthermore, we make a phenomenal mess with these questions. I think we have lost a good part of our most atavistic nature: if this is positive or negative, time will tell.

What can hardly be doubted is that the ultra-processed – which is not ‘food’ – are harmful in relation to the health prognosis of consumers. There are very few doubts, bad that despite the food industry that produces them. That is why it is not surprising that the same industry tries to criminalize the use of this term, even proposing that whoever uses it can be denounced. You read correctly: prohibit the ultra-processed no; prohibit the use of this expression yes.

That is why the message about ‘eating food’ is still valid, today more than ever, because the proportion of real food is decreasing in the face of the growing supply of ultra-processed products. If it is ‘food’ it is not ultra-processed, and if it is ultra-processed, it is not food, they are hypotheses that reality has confirmed time and again: the drip of publications that put pears to the fourth to this industry is incessant, even in reference to food and products intended for children and babies.

In the most practical sense possible, I usually use a phrase that generates little doubt when promoting the consumption of real food: “more market and less supermarket”. Something that, I recognize, is increasingly difficult to carry out, due to the clear decline in the municipal markets census, working hours that are difficult to fit in except with those of large supermarkets; it cannot be denied.

But also because today’s consumers have far fewer resources; But much less, than our grandmothers -yes, again- when it comes to buying at a market stall: it is usually easier for us in blister, heat-sealed trays or in the form of take-out -or order- that it is largely ultra-processed.

However, if making a purchase in a market produces more anxiety than a gremlin In swimming class, you can always go to the professional who attends you in each position: they are usually experts in their fields and willing to help (try not to go at rush hour to ask them for a step-by-step paella recipe; that doesn’t help). You can also go to your super or large area and try to make your shopping basket with those foods that you would only find in the market; whether or not they are packaged. Food-food, period.