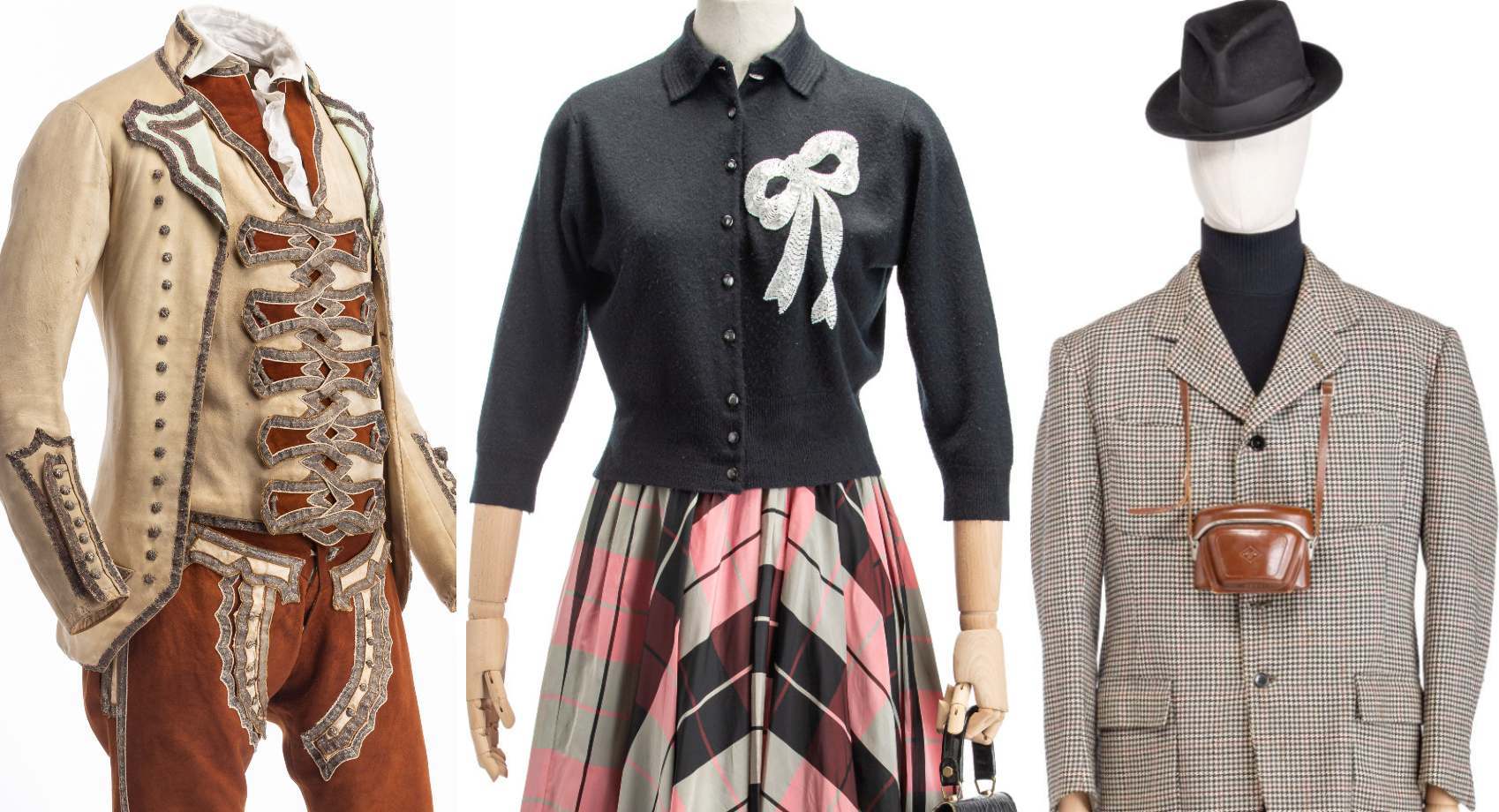 How do you turn a museum around? The Madrid Costume Museum has faced this titanic task for a year and a half in which it has been closed. They started with the intention of “reforming” the space dedicated to the 18th century and concluded with a “comprehensive rotation” of the permanent collection, followed by the improvement of roofs and facades at an approximate cost of one and a half million euros.

A puzzle to the millimeter that encompasses a crossroads of museum areas: the germ is a theoretical approach, afterwards, the selection of the pieces to which the Conservation department gives the green light, in parallel new texts are created for the cartouches, graphics, and the showcases where the works will dance with the environment in a luck dress rehearsal.

“Two or three months before we took the pieces before they were restored. and we put them on mannequins to see how they fit over space and see if they told what we wanted them to tell so that the assembly in the room would be easier and see how they would look together ”, Elena López del Hierro, director of the Costume Museum, describes to RTVE.es about what goes on behind the scenes .

Explain that one of the most “arduous” tasks has been moving more than 1,500 pieces which after being restored are delicately installed on the mannequins or other specific supports. For the new collection 50 have been made by hand and made to measure for each garment because before the 1950s there were no industrial sizes. They are the so-called “invisible mannequins” that very few museums in the world work with.

“Here what we want to give is visibility to the suit and not to what is underneath ”, Práxedes García tells RTVE from the workshop, engrossed in the assembly. “Before we only dressed on a mannequin and we have decided to do it for the first time on a plane because it also gives a lot of information about how people dressed,” says López del Hierro.

A modernization that has added a transversal language with documents, films, advertising or photographs and that delves into the museum’s own dissemination mandate (it is also an Ethnological Heritage Research Center) fastened to historical contexts.

“We are very interested in the dissemination of fashion. For example, after the 18th century full-length mirrors appear but the crystal glass was very limited to the upper classes, but suddenly people could see how they were dressed “, says the expert about the necessary pedagogy.

The warehouse is a fantastic universe apart where 180,000 pieces hibernate-most donations-, textiles abound, of course, although posters, ceramics or weapons are also classified for ethnographic collections. Only a privileged 1% of the funds are exposed before the eyes of the public.

“We always want to rotate the permanent exhibition because we believe that if the pieces come out they are more valued and due to conservation, organic textiles are very delicate and can only be given light for a certain time ”, indicates the director.

In this remodel about 500 pieces are unpublished like a collection of swimsuits from the 20s to the 50s “that we had only seen who we are in warehouses”, a cape from the Oteyza signature or the Jeremy Scott tracksuit that reinterprets the bullfighting suit inspired by the dress of the majos.

The footprint of the pandemic has also left its mark. QR codes have been installed forever as well as the virtual activities that exploded during confinement. What happens to us will also be documented through a collection of designer masks that will be exhibited in the future in a present that does not stop.

A living Museum to rethink the world

This same frenzy of metamorphosis is breathed in the rooms of the Reina Sofía Museum in Madrid, whose current figures for “comprehensive rereading” are dizzying since its last reorganization in 2010: more than three years of research to move 2,000 works of donations, deposits and purchases in six different spaces of 11,000 square meters.

An exhibition frame that the museum has classified by “episodes” and that has turned the entire collection upside down, in which its contemporary part will be shown for the first time. The final presentation will take place on November 26.

“There is a process of talking to young or living artists to see how the parts are assembled. Then comes the assembly with the restoration and audiovisual team. The works are mounted and then with the web to give information and show everything online ”, explains to RTVE.es Rosario Peiró, head of collections at the Reina Sofía Museum.

The intention in this building that housed the old Hospital de San Carlos in the 18th century is to generate a “Almost performative dialogue with architecture” and an update on looks a decade later.

“There are narratives that today we have put in relation to the world in which we move, such as exile. How important exilic thinking is to understanding the world. Many areas have been mounted on what we live ”, says the specialist immersed in an almost inaugural transfer.

See also  The Government will declassify documents but rules out dismissals

The “episodes” of this narrative range from the “American individual subject” of the 1950s to the “alienated subject” of Luis Gordillo, a space dedicated to Latin America or the aforementioned ‘Lost Thought: Autarchy and Exile’ where the reorganization of the pieces offers two different “paths” to the visitor. The tour begins with a reflection of autarky, through the painting Seamstress by José Gutiérrez Solana, and ends with the works of exile in Mexico.

And which authors would you highlight in this new story? “On the contemporary side, the work of a group of artists who come from the Mayan region and who work on another way of seeing art. Young Spaniards such as Paloma Polo, Loreto Martínez Troncoso and then consolidated artists in the Spanish scene such as Daniel Mendizábal whom we are representing in the collection; also a very important work by Dora Garcia, this is almost all new (around 70%) ”, Rosario Peiró advances to this medium in a selection that at the same time is fed back with the history of the Reina Sofía with works by Dorothea Tanning or Louise Bourgeois in a move connected to several bands.

Stir up the debate on contemporary art and consciences are other of the props for a conscious visit that moves away from the classic pictorial walk by authors, and that definitely says goodbye to kilometer-long exhibitions.

“The visit is not very touristy because it is a speech for people who can go to the museum several times. They are proposals to think and enjoy more than a one-off visit “, radiography Rosario Peiró.

The director of the Reina Sofía, Manuel Borja Villel, completes the idea. “A museum is not a repository or a warehouse, but a site that has to give people tools to understand where they are. As an institution, it is almost a moral obligation. “