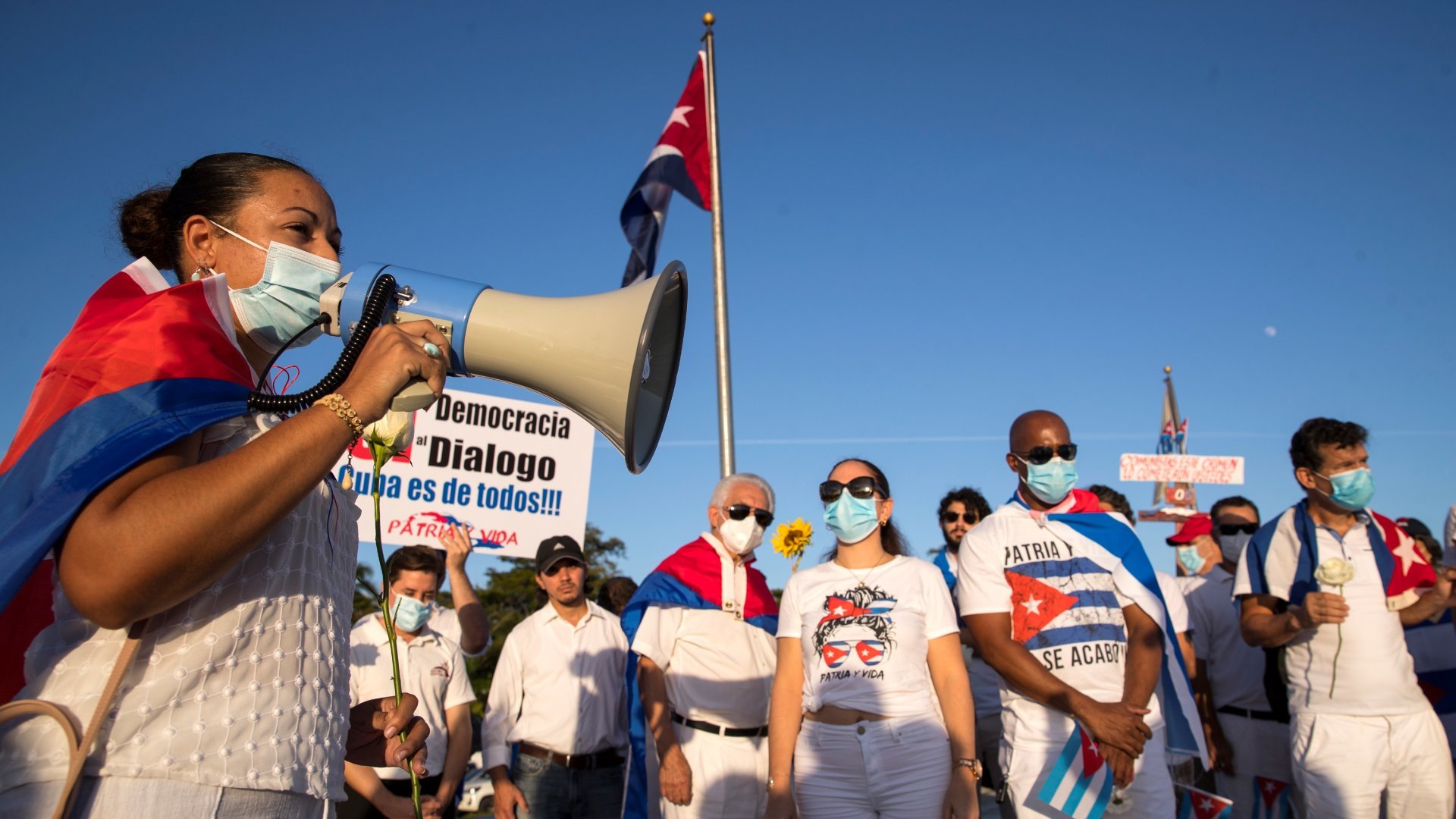 The Cuban Government this Monday has almost completely quelled the protest promoted by dissent with a strong police force in the main cities, repudiation rallies, arrests of opponents and blockades in the homes of activists and independent journalists.

The streets of the capital appeared especially calm around 3:00 p.m. local time, when the civic march of 15N was supposed to begin in search of a political change convened by the Archipelago collective and not authorized by the Government.

The police presence in the streets of the capital city center has been greater than usual, and in parks and on street corners posted state security agents in civilian clothes were watching.

On social media, some Cubans posted photos of themselves dressed in white on the street, as ordered, but the appeal does not appear to have been followed usually.

“Operation failed”, according to the Government

Cuban Foreign Minister Bruno Rodríguez has spoken in an interview on Facebook about US “failed operation” to sell an “unreal image” of your country.

The director of Human Rights Watch for the Americas, José Miguel Vivanco, has drawn a very different picture of what happened in Cuba. “The regime has deployed security forces on a massive scale. Many journalists and critics are besieged in their homes. Some have been arrested. The intention is clear: suppress any attempt to protest“Vivanco said on Twitter.

“The reports we receive from Cuba are devastating.

The regime has deployed the security forces on a massive scale.

Many journalists and critics are besieged at home. Some have been arrested.

The intention is clear: to suppress any attempt to protest. #15NCuba“

The situation in the streets was such that it was even difficult to find pedestrians in Havana with white clothes, the color chosen as a symbol by the organizers of the march. The general population avoided that color, aware of the connotations and possible repercussions. “My mother has warned me not to wear anything white today, so as not to have problems,” a 38-year-old woman from Havana explained to Efe.

In addition, many official buildings have dawned covered with large Cuban flags and officials from various ministries have held “reaffirmation” events alongside their offices.

Outside of Cuba, however, there have been around a hundred acts linked to the 15N, among which those of Miami (United States) and Madrid.

The situation for activists, opponents and independent journalists was more delicate. The Council for the Democratic Transition in Cuba (CTDC) has denounced the arrest of its vice president, Manuel Cuesta Morúa. In networks, the arrest of the leader of the Ladies in White, Berta Soler, and her husband, Ángel Moya, has also been denounced.

State security agents have prevented others from leaving their homes, as is the case of journalists Abraham Jiménez Enoa and Camila Acosta. In addition, groups related to the Cuban government have held “repudiation rallies”, a kind of intimidating escraches, in front of the homes of activists, such as Archipelago member Saily González.

The leader of this dissident group, Yunior García Aguilera, has also been forced to stay at his home this Monday, as Efe was able to verify. The day before he had not been able to leave due to the presence of State security agents when he had wanted to march alone through Havana in the prelude to 15N.

The call for a demonstration occurs four months after the historic spontaneous protests of July 11, which left one dead and dozens injured. Of the 1,270 people detained, 658 remain in prison, according to the NGO Cubalex, and independent Cuban media report sentences of up to 30 years.

The Cuban Government has considered the protest “illegal” and it has not authorized it – like no previous one called by the opposition in six decades – considering on this occasion that behind it lies the “imperial strategy” of the United States, as President Miguel Díaz-Canel said last week.

In addition to not giving voice to the dissent, the Cuban government was interested in silencing the protest of 15N because they coincided on this day the return to the face-to-face activity in schools after the closure caused by the pandemic, the reopening of the island to international tourism and part of the celebrations for the 5th02 anniversary of the founding of Havana.

The country runs through su worst economic crisis in almost 30 years, with a severe shortage of food and medicine. Social discontent grows and the confrontation is maximum between supporters and detractors of the government.