The paths of Korrontzi and Humanitarian Maritime Rescue, an exemplary organization that among other projects manages the maritime rescue boat for refugees “Aita Mari”, they crossed paths for the first time in July this year. The group led by the trikitilari Agus Barandiaran then participated in a concert organized by the NGO at the Victoria Eugenia Theater in San Sebastián, and Barandiaran began to think about how he could support the association’s work through music. It cannot be normalized that people die unaided at sea.

The result of that reflection and that spirit is the album-book “Korrontzi. A musical journey into distant waters”, a triple work presented today at the Azoka in Durango in which the music of Korrontzi and other artists are added, a logbook written during a mission in the “Aita Mari” by the writer Aritza Bergara and a series of impressive images taken from the Basque ship by the Galician photographer Alfonso Novo. 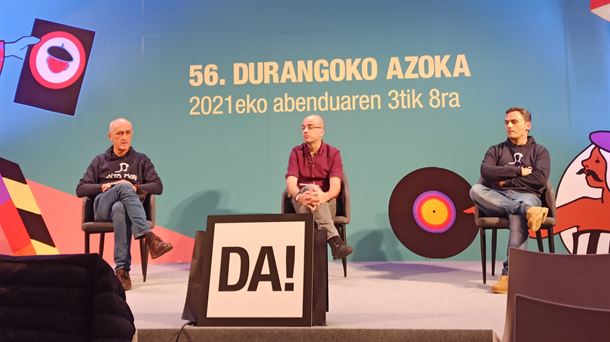 Mikel San Sebastián, a member of the Humanitarian Maritime Rescue association, explained today in the presentation organized in Landako that they are very satisfied to be able to reach people through this work, published by the Elkar seal: “We will be able to spread our message of solidarity and make enjoy people. “

See also  Albares: Foreign Affairs assumes that the end of the diplomatic crisis with Morocco is not near | Spain

In the musical section, the work contains six songs that are equivalent, as Barandiaran explained, to six stops on a trip through the Iberian Peninsula, the Sahara, the Canary Islands and other towns around the Mediterranean in which Bieito Romero (Luar na Lubre ), Aziza Brahim, Jesús Cifuentes, Luís Peixoto, Xabier Amuriza and other great names in music.

All the money raised with the book-album will go to the onegé, which, in addition to saving the lives of people fleeing war, misery or oppression at sea, also offers, for example, a health support program in the countryside. of refugees from Kios (Greece).

During the presentation, the members of the Humanitarian Maritime Rescue Mikel San Sebastián and Peio Gorrotxategi recalled that last Friday the documentary feature film “Aita Mari”, directed by Javi Julio, which also testifies to the work of this organization, premiered in theaters.

Unfortunately, for the moment Humanitarian Maritime Rescue will be forced to continue rescuing people from the sea, to the shame of all, and now, through this film and this album-book, it has also been able to give voice and visibility to these people whom Eduardo Galeano called “the nobodies”, which are not even if they are.

A library, in which house his family was murdered

The reasons why people put everything at risk to try to sneak through a hole in the murderous walls erected by the self-proclaimed First World are innumerable, and the documentary “Hala ere”, screened today in Irudienea, has opened a window to one of them, that of war.

The Suargi association has been in charge of bringing to the screen of the Zugaza cinema this afternoon the story of a library that offers books in Kurdish in the city of Kobane, collected in the documentary “Hala ere” by the director Sherwan Bilal Youssef. The projection has also served to receive in Durango the visit of Nariman Mohammed, co-president of the network of writers and intellectuals from the north and east of Syria; Rawda Hasan, Minister of Culture of the canton of Jazira; and Manal Mohammad, member of Kongra Star, a movement that brings together women from northern Syria. 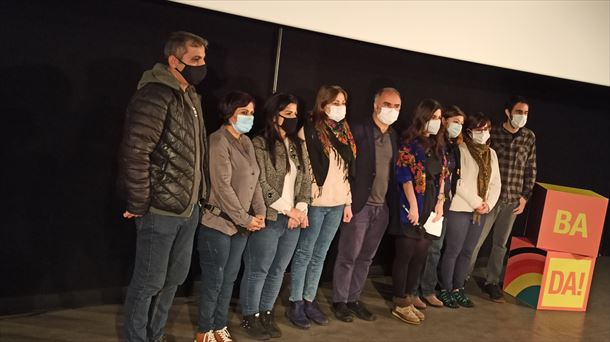 The Kobane delegation, before the screening

The story that today has united Kobane and Durango, twinned cities since 2017 that share a sad common past as objects of bombing, has as its protagonist the young Kurdish Ednan Osman Hese, who in 2016 launched the Rody Library and Perwin in the same house where the jihadists killed his mother, brothers and sisters and other relatives a year earlier.

Thus Hese opened a way to the Kurd, to his transmission and to life, after a past of oppression and a war that destroyed the future of everyone. The nobodies, those who have no name but number, doing everything again.

And speaking of numbers, the member of Humanitarian Maritime Rescue Peio Gorrotxategi has given a devastating fact during the presentation this morning: according to the official records (there will be many more) this year 1600 nobody have died in the Mediterranean, 1600 people who, like Hesen , they had dreams in their places of origin.