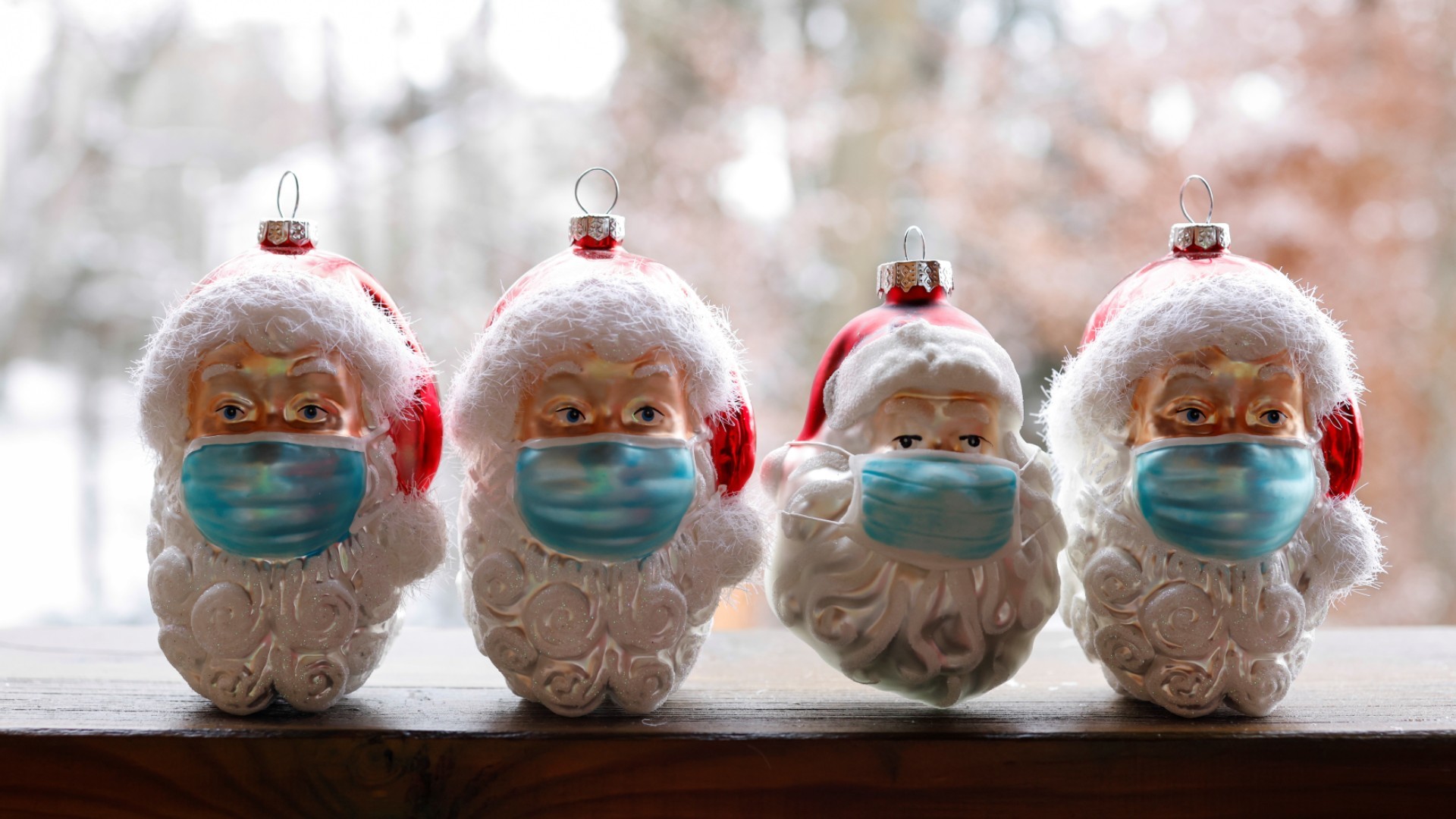 As of December 10, 2021, the cumulative incidence (323 cases) was more than 100 points higher than that of the same date last year. That December 10, 2020, the rebound in incidence and the beginning of the third wave of infections began, which would lead to post-Christmas periods of great suffering, with a peak in serious hospital admissions and deaths.

At the time we had no vaccines and communities were armed with restrictions, perimeter closures and limitations as they tried to ‘save Christmas’. On this occasion, the authorities trust the management of the pandemic to the ‘COVID passport’ and the vaccination rounds, thinking that the former stimulates the latter. With the fear of the omicron variant, it seems more urgent to vaccinate those under 12 years of age, who lead the highest incidence rates.

Since Murcia announced its intention to implement the voluntary COVID passport in nightlife and hospitality on October 18, a dozen territories have joined this measure to face the sixth wave of the pandemic. With nuances in each region – ranging from the requirement on flights that land in the Canary Islands to their use for visits to prisons in Melilla- the requirement of a certificate and the threat of a new variant of concern have encouraged vaccination many reluctant.

The daily rate of people with at least one dose has risen throughout Spain since the end of November. But as you can see from the graph below, it does especially in those communities where the COVID passport has been implemented.

The Basque Country It is the first place in which it is appreciated how the ‘call’ effect of the vaccination certificate announcement produces an increase in the daily average of people with at least one dose. This trend is later replicated in Galicia, the Canary Islands, Navarra, Andalusia and Catalonia.

In territories like Cantabria and the Balearic Islands, the effect takes place before the announcement of the introduction of the passport in the region, perhaps driven by decisions in other communities. In Murcia, the change in trend occurs between the voluntary use of the certificate and the decision of the Government of the Region to request its definitive implementation.

With Christmas just around the corner and omicron knocking on our doors, the first dose data has rebounded even in territories where the COVID passport is not expected to be an obligation: Madrid, La Rioja, Castilla-La Mancha and Extremadura.

See also  Hundreds of children among 2,500 Ukrainians to have arrived in Ireland so far

2. Does history repeat itself before Christmas? New wave, old risk

In Spain we congratulated ourselves for being in a better situation than European countries, some of which, such as Belgium and the Czech Republic, have exceeded 2,000 cases per 100,000 inhabitants in the last 14 days. And we are back with the incidence at a high risk level.

So yes, we are immersed in the sixth wave of the pandemic, and rising. A scenario that is reminiscent of just a year ago, when after the December holiday bridge, the incidence began to escalate and with it, weeks later, hospitalizations and deaths skyrocketed.

But is it the same? Not quite. The third wave of the pandemic started just a year ago. From December 10 until reaching the peak on January 22, the daily infections were growing. Now we are not starting a new one; the upward trend actually started two months ago, on October 13. However, as seen in the graphic below, the escalation was much more abrupt in 2020 and now a lower rate of infections is generally observed than last winter.

The ICUs are increasingly crowded, but the differences are also noticeable here: while last year the saturation of these units followed rapidly the increase in cases, this time the saturation progresses slowly despite the fact that it has been almost a month ago that started the upward trend.

This does not mean that the situation is not worrisome., regardless of the aforementioned trends. The occupancy rate of ICUs by patients with coronavirus is 11.4% nationwide, but there are six regions above 15%, at a high risk level in this indicator.

That the history of last year is not repeating itself today and we count the daily deaths by hundreds, vaccines are saving us. Now, it is not final. The advancement of the omicron variant and the possibility of it bypassing that immunity barrier could give an unexpected severity to this wave of infections. The fact that the average incidence in Spain has not yet shot up does not hide the fact that there are communities like Navarra and the Basque Country where infections are growing out of control. And we already explained in DatosRTVE that Navarra -which has already passed its peak of the fifth wave- has been a precursor of what later became general throughout Spain in previous waves of the pandemic.

3. The vaccine is also for children

Next week the first doses will arrive to begin vaccinating about 3.3 million boys and girls between 5 and 11 years old, according to the plans that each autonomous community is setting.

They arrive at an opportune moment, when the incidence in this age group is well above the rest, both at the national level and in most of the autonomous regions, as can be seen in the graph below. It is expected that the immunization of this group, which represents 11% of the Spanish population, will contribute to reducing the transmission of infections, as did the vaccination of adolescents between 12 and 19 years of age before the start of the course.

Faced with doubts about why childhood vaccination is necessary, a quick battery of arguments not to fear it:

It is an effective vaccine. In October, it was endorsed in the United States by the Food and Drug Administration (FDA), and in Europe, at the end of November, by the European Medicines Agency. Clinical trials have determined that the Pfizer vaccine (the one that has been studied) is 90.7% effective in preventing infection with symptoms.

It is a safe vaccine. Side effects in the trials were mild or moderate and disappeared within a day or two. These effects were mainly redness and swelling at the puncture site, as well as fatigue, loss of appetite, headache, muscle and joint pain. Symptoms such as fever and chills were less than in the 16-25 age group, occurring more after the second dose than after the first.

The child population is exposed to the disease. The vast majority of children who contract COVID-19 have mild or asymptomatic symptoms, but zero risk does not exist. Since the pandemic began, there have been 20 deaths of children under the age of ten, more than 3,450 hospitalized and 188 admissions to the ICU. As the microbiologist María del Mar Tavío, a professor at the University of Las Palmas, recalled, 26% of all hospitalizations of children under the age of ten occurred in the barely three months of the course of a fifth wave starring the contagious delta variant. And in addition, children and adolescents can also experience persistent COVID.

It guarantees the continuity of the school year. The schools have worked to remain open, although there are still temporary classroom closures due to positives. Vaccinating them would facilitate an education in normality within the classrooms.

4. Ómicron, we just know that we don’t know much -but it’s not bad-

Ómicron was sequenced for the first time on November 11 in Botswana, but it has been South Africa that has sounded the alarm. And, although most of the cases that have been detected in the world are in Europe, this new variant is winning the game over its predecessors in Africa.

It is not yet clear how its more than 30 mutations will interfere with our immune response. However, both the WHO and some laboratories already take for granted protection against serious health problems caused by omicron in countries where vaccination is more widespread.

We will have to wait for more cases to be reported and to occur in more places to answer questions such as whether omicron is more contagious, if it produces a more serious disease or if vaccines will have to be modified to block it. As they arrive, the scientists celebrate that early detection has worked and that it is serving to incentivize preventive measures and vaccination.

Health, life and death. Above all, the pandemic leaves a demographic footprint, which is gradually revealed by official statistics. And according to the definitive data on births and deaths for 2020 published this week by the INE, last year 493,776 people died, 18% more than the previous year -75,000 more deaths- due to the pandemic.

Births continued their downward trend from last year and fell another 5.35% to 341,315 babies. In this case, the pandemic only explains the decline in the last months of the year, when fewer children were born than usual (10% less in November and almost 20% less in December) because fewer women decided to become pregnant coinciding with the great lockdown.

For the fourth consecutive year, Spain has registered a negative vegetative balance, that is, more deaths than births.