Skip to content
Home News The COVID-19 booster campaign is failing in the US. 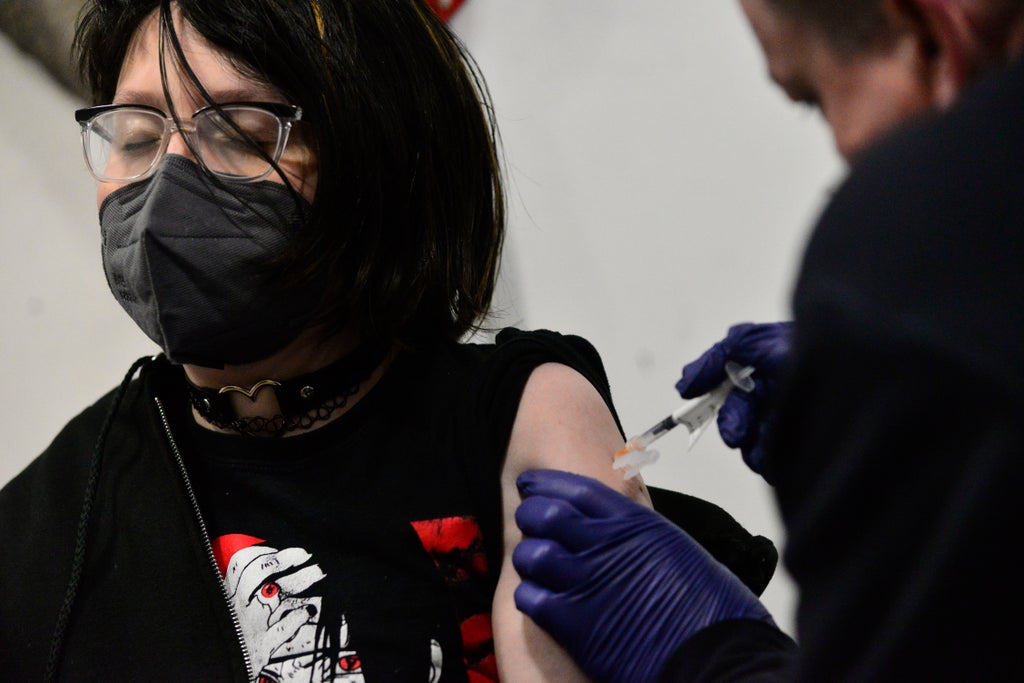 The COVID-19 booster campaign in the US is running out of steam, worrying health experts who have pleaded with Americans to get an extra shot to bolster their protection against the highly contagious omicron variant.

Only 40% of fully vaccinated Americans have received a booster dose, according to the Centers for Disease Control and Prevention. And the average number of booster shots given per day in the US in the past week

Additionally, a new poll from The Associated Press-NORC Center for Public Affairs Research found that Americans are more likely to view initial vaccinations, rather than a booster, as essential.

In general, the US vaccination campaign has been slow. More than 13 months after it began, only 63% of Americans, or 210 million people, are fully vaccinated with the initial rounds of injections. Mandates that could boost those numbers have been stymied by legal challenges.

Vaccination numbers are stagnant in states like Wyoming, Idaho, Mississippi and Alabama, which have remained below 50%.

The US and many other nations have been urging adults to get boosters because protection from the vaccine may decrease. Additionally, research has shown that while vaccines have been shown to be less effective against omicron, boosters can speed up the body’s defenses against the threat.

As for why the roughly 86 million Americans who have been fully vaccinated and are eligible for a booster haven’t yet received one, Schwartz said public confusion is a major reason.

“I think the evidence is now overwhelming that boosting is not just an optional supplement, but is a critical part of protection,” he said. “But clearly that message has been lost.”

Scientists initially debated the need for all Americans to get boosters, and at first the government only recommended that certain groups of people, like the elderly, get extra doses. The advent of omicron and additional evidence of decreased immunity more clearly showed a widespread need for boosters.

But the message “has been lost in the sea of ​​changing recommendations and guidance,” Schwartz said.

The AP-NORC Center survey found that 59% of Americans believe receiving a vaccine is essential to fully participate in public life without feeling at risk of COVID-19 infection. Only 47% say the same about a booster shot.

Keller Anne Ruble, 32, of Denver, received her two doses of the Moderna vaccine but has not received her booster. He said he had a bad reaction to the second dose and was in bed for four days with a fever and flu-like symptoms.

“I believe in the power of vaccines and I know that’s going to protect me,” said Ruble, who owns a greeting card delivery service. But the vaccine “just knocked me out completely and scared me about getting the booster.”

He said he plans to get the booster in the next few weeks, and in the meantime, he wears an N95 mask and tries to stay home.

Blake Hassler, 26, of Nashville, Tennessee, said he doesn’t plan to get the booster. He received the two doses from Pfizer last year after having a mild case of COVID-19 in 2020. He said he considers himself in a low-risk category.

“At this point, we need to focus on preventing serious illness at the onset of symptoms rather than creating a new vaccine every six weeks and more divisive mandates,” he said.