The councils of Bizkaia and Gipuzkoa They presented their respective draft budgets for 2022 this Friday; Álava It will do so on November 15. In all three cases, the provincial entities will have greater endowments and most of the amounts will be allocated to the social sphere.

The project general budgets of Bizkaia by 2022 it will have 1,459 million euros, 7.4% more than in 2021. The general deputy, Unai Rementeria, and the provincial deputy for Finance and Finance, Jose María Iruarrizaga, have presented the general lines of the proposal, which provides for increases for all departments.

Acción Social, with close to 600 million euros, accounts for 41% of the investment, although it is the department of Basque and Culture that is growing the most (26.5%), followed by Public Administration (22.5%) and Economic Promotion (22%).

In the words of Rementeria, the project aims to “promote the recovery after the pandemic, helping economic activity and employment and advancing in the development of projects launched to face the transitions that the territory requires.” The regional deputy has cited as strategic the EtxeTIC centers, the Energy Intelligence Center or the digitization of local commerce through Eup !. 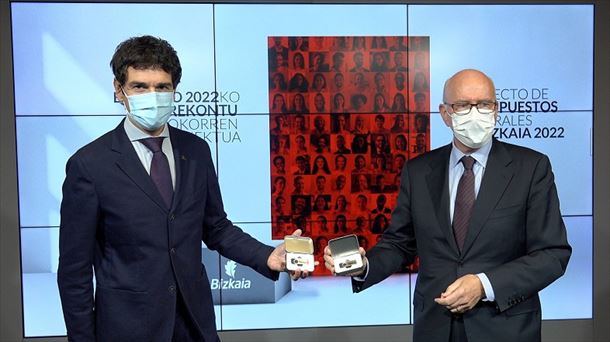 Gipuzkoa presents the “largest budget” in its history

The Provincial Council of Gipuzkoa has presented this Friday the draft general budgets for 2022, which proposes a budget of its own 1042 million euros, 59 million more than in 2021, which represents an increase of 6% compared to the previous year.

The proposal was approved this Friday by the Governing Council of the Provincial Council, and at noon it was delivered to the president of the General Boards of Gipuzkoa, Xabier Ezeizabarrena. According to forecasts, the accounts could receive the final approval before the end of 2021.

The General Deputy of Gipuzkoa, Markel Olano, has remarked that it is the “biggest budget ever” of the provincial institution. Olano has highlighted that 2022 will be “the most social“of the Provincial Council, with a social expenditure per inhabitant of 642 euros. 455 million euros are allocated to the Department of Social Policies (47% of the total and + 8.68%), to which another almost 10 million are added to Adinberri (seven million) and Elkar-EKIN (2.5 million). Therefore, the budget of the Department grows by 34 million euros, 11 of them financed through European recovery funds, “he explained.

The Department of Environment and Hydraulic Works is, for its part, the one that grows the most, since it will have a provision of 34.2 million euros, a growth of 5.6 million (+ 19.8%) as a result of the inclusion of several projects linked to European funds. The Department of Economic Promotion, Tourism and Rural Affairs is also growing, which will have 122.1 million, 6.7 million more (+ 5.8%). This area will reinforce investments in support of economic activity, digitization and innovation. 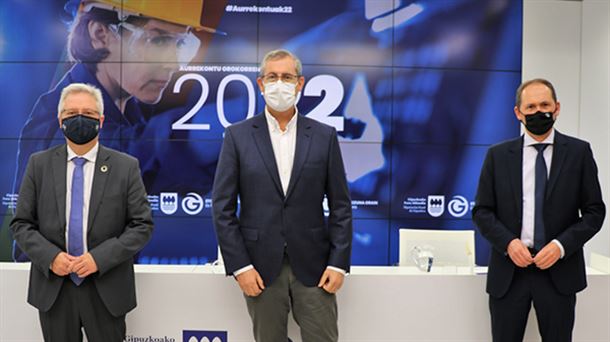 Olano, during the presentation. Photo: Provincial Council of Gipuzkoa

In Álava, “record in investments”

The deputy general of Álava, Ramiro González, for his part, will present the draft budgets on November 15. As announced by the provincial deputy in an interview with Radio Euskadi, they will be “the highest budgets in the history of the Provincial Council”, in addition to being “fundamentally investors” since they will be the “record investment” budgets. Ramiro González would like an agreement with the rest of the parties to be possible this year, but he does not know “if they are in a position to do so or not.”