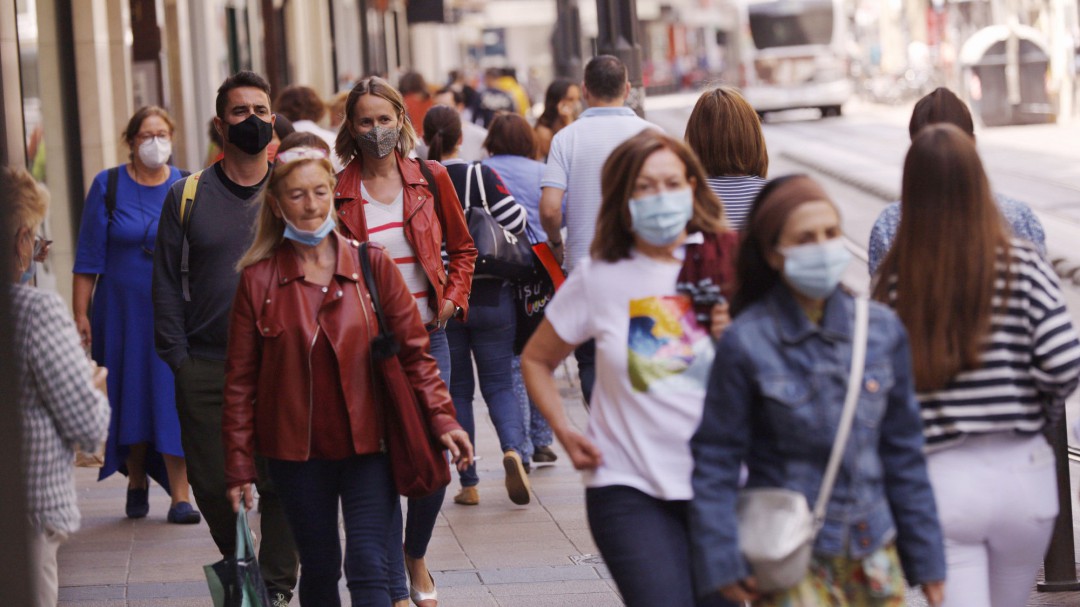 On the eve of Christmas Eve, Pedro Sánchez meets his Council of Ministers this Thursday to approve a decree that will again make the use of outdoor masks mandatory, at a time when the sixth wave of the pandemic is triggered and has returned to reach a record of infections, with more than 60,000 in a single day.

The decree on the use of the mask is the only restrictive measure that Spain will have for the moment, which aspires to control the sixth wave with this protection and a boost in vaccination.

The measure was announced by Sánchez this Wednesday after meeting telematically with the regional presidents to address the measures with which to deal with the scourge of the omicron variant, which has led Spain to have an incidence of 784 cases in 14 days per 100,000 inhabitants.

Spaniards will have to wear the mask outdoors as of December 24 and until further notice. It will cease to be in force “as soon as possible,” Sánchez said.

In any case, it will not be mandatory to wear it in natural areas, when doing sports and in other exceptional cases that will be known today.

The request for masks to become mandatory outdoors had been raised by several regional presidents.

Scientists question the extent of mandatory outdoor mask use

The decision to make the use of the mask compulsory outdoors has elicited the reaction of scientists who, through their social media accounts, have questioned the effectiveness of the measure when there is sufficient interpersonal distance.

For the researcher and professor of the Faculty of Pharmacy of the University of the Basque Country (UPV / EHU) Gorka Orive, the new rule is contrary to evidence that “has been contrasted during the pandemic.”

In his Twitter account, Orive cites among these evidences that the infection occurs “especially in closed and poorly ventilated spaces” and that the mask “is useful indoors, not outdoors if there is interpersonal distance”.

It is evident that the new regulation of the obligation of masks is contrary to points 2️⃣ and 3️⃣.
Poorly ventilated closed spaces are the ones that offer the highest risk (up to 20 times more) than open ones. I worry about our psychological and emotional fatigue. https://t.co/UVgjiQo95G

In addition, it highlights that closed and poorly ventilated spaces are “the ones that offer more risk (up to 20 times more) than open ones” and shows its concern about “our psychological and emotional fatigue”.

The microbiologist from the University of Navarra Ignacio López-Goñi has reiterated on Twitter that the mask outdoors if there is distance “is useless.”

In addition, together with an explanatory drawing, it indicates that indoors you have to wear a mask and maintain a minimum distance of 1.5 meters, while outdoors one thing or another is enough.

The professor of Environmental Sciences and Chemistry at the University of Boulder Colorado (USA) José Luis Jiménez has shown his surprise in his profile of the social network because the “only” measure that the government has taken against the growth of the variant omicron is to make the mask mandatory outdoors.

Jiménez, one of the world scientists who has defended the most since the beginning of the pandemic that SARS-CoV-2 is transmitted by aerosols, has pointed out that transmission outdoors is at least 20 times lower than indoors, and he has asked that science be listened to.

The doctor in biology and director of the Chair of Scientific Culture at the UPV / EHU, Juan Ignacio Pérez, has agreed that the outdoor mask “is not a solution” and has considered that “a rule should not be implemented due to inability to enforce those that already exist ”.

For Pérez, the return to the mandatory use of the mask outdoors is “counterproductive, accentuates social fatigue and undermines the credibility of the obligation to use it in poorly ventilated interiors.”