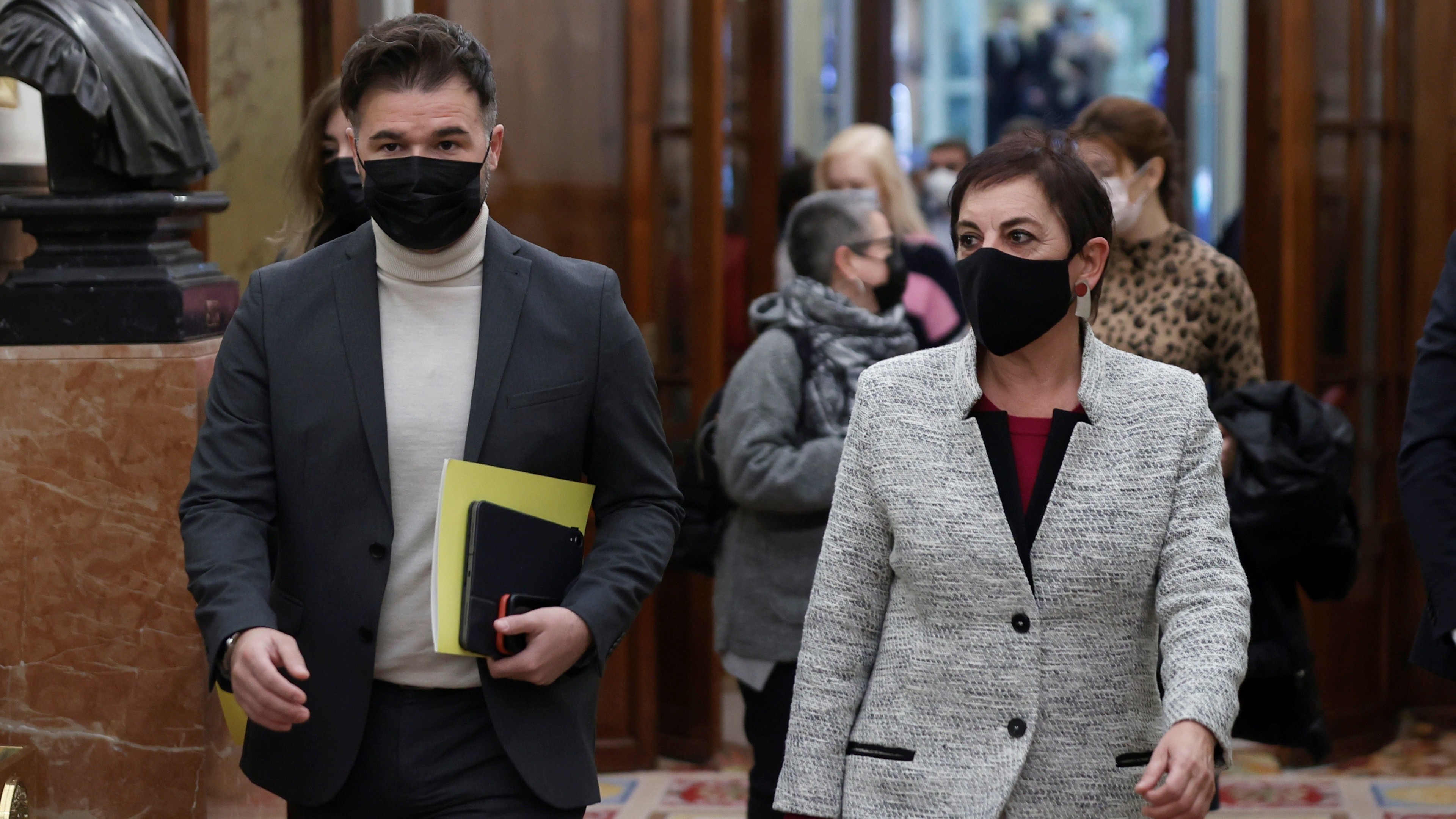 The Catalan, Basque, Galician and Balearic nationalist parties signatories of the so-called Declaration of the Llotja de Mar They denounced this Sunday that the Spanish Constitution “has become an instrument to violate basic democratic rights.”

These formations (BNG, CUP, EH Bildu, Esquerra Republicana, MORE for Mallorca, MORE for Menorca and Junts) signed together with other parties, on October 25, 2019 in Barcelona, ​​a document to claim a political agreement on the Catalan crisis, the defense of the right to self-determination and the release of “political prisoners”.

Now, on the occasion of the celebration this Monday of Constitution Day, they have made public another letter in which they criticize that, “in the name” of the Magna Carta, it is prevented from “giving way to the development of the democratic will” of their peoples and any democratic exercise is “criminalized and repressed” to pursue this goal.

“That is,” adds the text, “this Constitution is situated as structural impediment to a future in democracy for our nations, being essential its radical reform both in the State model and in social rights “.

“We will continue to demand and fight,” the document continues, “to demand from the State a model that, from the recognition of plurinationality and the right of self-determinationAllow the citizens of our respective peoples to democratically decide their political model and relationship with the State. “

“Model out of stock”

“We are nations and we want to democratically decide our future,” emphasizes the letter, which also maintains that the “autonomous model of decentralization” that emerged “within the framework of” the Constitution “is not only exhausted, not complying in many aspects, but has also suffered numerous unilateral laminations by the legislative action of the Congress of Deputies “, as well as by” the permanent invasive intervention of a Constitutional Court turned into an instrument of recentralization of the State “.

“In addition to all this, we are before a Constitution with an obvious legitimacy deficit. The majority of the current population of our nations and of the Spanish State has not had the opportunity to comment on key issues of its content, such as: the Monarchy, the territorial model and social rights “, underlines the statement.

“Therefore,” he adds, “we are before a Constitution exhausted, delegitimized and turned into a conditioning factor and determinant of our democratic aspirations. “” We think that it is time to face structural changes. Furthermore, despite speeches and staunch positions, the Spanish State itself is aware of the end of the constitutional cycle and the need for reforms, “the document emphasizes.

“The debate on the territorial question will be present and we must be prepared to jointly defend our position“The statement warns, before recalling that” throughout these more than 40 years, the world has experienced profound changes “and it is foreseeable that” in the next decade we will witness disruptive transformations. “

“These transformations will show even more the need for instruments and decision-making capacity to face the challenges that we face as nations and as citizens,” the letter concludes.