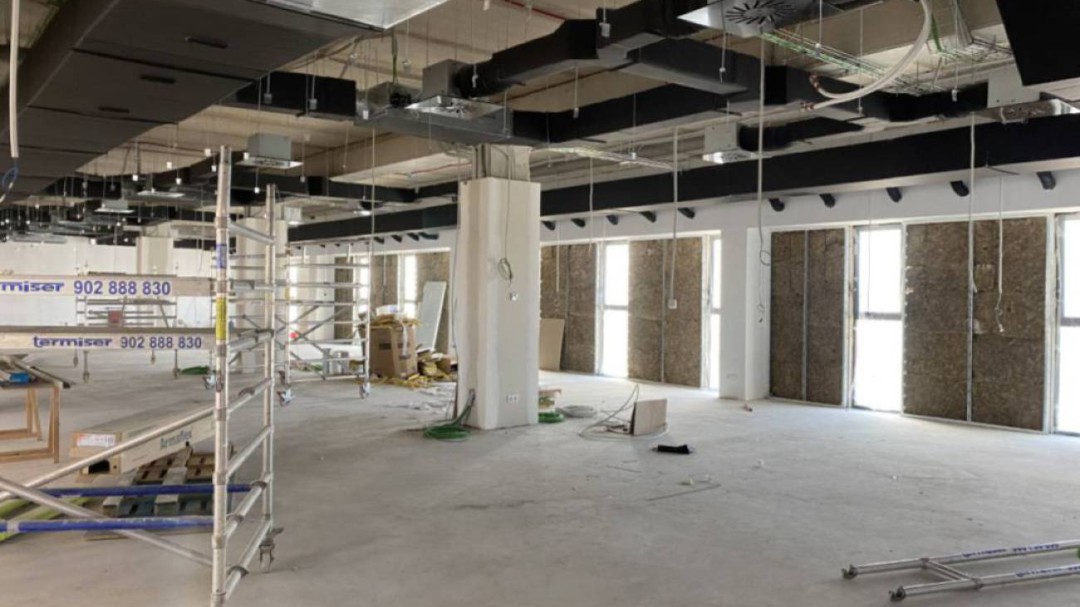 In the complaint that the Ministry of Health presented before group 1 of the Provincial Brigade of Judicial Police UDYCO for robberies and sabotage in the Isabel Zendal Emergency Hospital There are details that do not agree, neither because of the facts denounced, nor because of the dates indicated. There is not even the exact position with which the complainant signed the complaint.

The false information of the complaint

In the brief of the complaint, advanced by the SER, it is detailed that “since the week of January 18, 2021, a series of sabotages and damages have been taking place, as was transmitted mainly by the maintenance manager of the Ferrovial company Mr. Rafael Guijarro Vallés, in the week of January 25 and detailed by an email dated February 2, 2021. “In this breakdown the” theft of tools from subcontracted companies “that were” perpetrated on the Zendal facilities. ” that robbery did not take place inside the hospital, nor on those dates. This is confirmed to the SER by one of the companies cited in the complaint, which assures that one of its operators “suffered a robbery in the van that was parked near the hospital” – that is, it was not inside the Zendal as stated in the complaint-. But the most striking thing is the date of that robbery. This company reported the events on November 29, 2020, that is, when the Isabel Zendal Hospital had not even been inaugurated and almost two months before the dates that appear in the letter of complaint to the police.

In addition, the complainant was unable to provide the name of another of the companies that allegedly suffered another similar theft of tools: “At this time, [el denunciante] he cannot specify the name, “according to the police report of the complaint.

In that complaint, all kinds of criminal acts were detailed and it was explained that “on February 2, 2021”, through a report Dr. Pedro Landete, “as head of the intermediate respiratory care unit,” reported several robberies in “the warehouse”, specifically: “an Ambú bronchoscope screen, with its power supply from the warehouse to see the lung inside, with an estimated value of five or six hundred (600) euros” and “a power supply of bronchoscope screen, from the warehouse, of which he cannot estimate the value at this time ”. However, the company ‘Mobile Service’, that manages that warehouse does not endorse the report of the disappearance of sanitary material contained in the complaint: “we have no record of any theft “, a spokeswoman for this company explains to the SER. They didn’t even count on them. No person in charge of the management of the Isabel Zendal hospital contacted that company to obtain its version of the events before filing the complaint, “we have not heard anything about robberies in the warehouse, we have found out about the complaint from the press,” he adds .

No graphic evidence was provided

“Both in the intermediate care area, including the warehouse, and in the nursing control area, there are no surveillance systems that could have captured images of the events,” as admitted in the complaint. And without cameras, there is no evidence. neither of the alleged perpetrators, nor of the events denounced. In fact, those responsible for the Hospital Isabel Zendal did not provide any attached graphic material to the complaint to prove the robberies that occurred, as confirmed to the SER by police sources close to the investigation. In the letter only mention is made of the delivery of “images of some of the utensils similar to those stolen.”

The act of declaration before the National Police is signed by José Luis García Almendro who presented himself before the agents as “Management Coordinator of the Madrid Health Service, for the Hospital Nurse Isabel Zendal”, a position that as such “does not exist “as recognized by the Ministry of Health to Cadena SER: “in the organizational design and responsibility structure of the Hospital de Emergencias Nurse Isabel Zendal, there is no position (Coordinator of Management of the Madrid Health Service)”, explains the former director general of Economic-Financial Management of the Ministry of Health, Rafael Antonio Barberá de la Torre, through a query made by this station on the Transparency Portal. The Ministry of Health clarifies that the exact position he occupies is “Management Coordinator at Hospital Nurse Isabel Zendal”, but they refuse to detail his appointment date, considering that “the protection of personal data prevails over the public interest.” José Luis García Almendro’s work past is a mystery, his career in the health world is unknown. Cadena SER has contacted senior officials from the Ministry of Health, in his old hospital (the San Carlos Clinic), with health unions, but nobody is able to offer a reference on his professional profile.

The trigger for the complaint was the anger of Pedro Landete, head of the intermediate respiratory care unit, who was the one who made the report detailing the sabotage and robberies they had suffered. Dr. Landete worked at the La Princesa hospital, “a great doctor, an exemplary type, can be one of the best pulmonologists in Europe”, according to the sources consulted. His reports were based in part on information provided to him by Raquel Heras, functional manager of healthcare product, equipment and technology management. He worked at the 12 de Octubre hospital and was one of the first volunteers to request a transfer to Zendal, according to the sources consulted. In her Linked In profile, Raquel Heras assures that she has been working at the Isabel Zendal Hospital since April, that is, 8 months before it was inaugurated and when it was not even screened – Isabel Díaz Ayuso announced it in June.

The Prosecutor’s Office shelves the investigation

The Prosecutor’s Office has requested the provisional dismissal of this case that investigated thefts or anonymous calls that alerted that a fire was starting. The request of the Public Ministry is reasoned because it has not been possible to determine the identity of the author or authors.

In any case, no evidence has been collected that indicates the perpetration of criminal offenses as included in the complaint filed by the Department of Management of the Madrid Health Service dependent on the Ministry of Health.