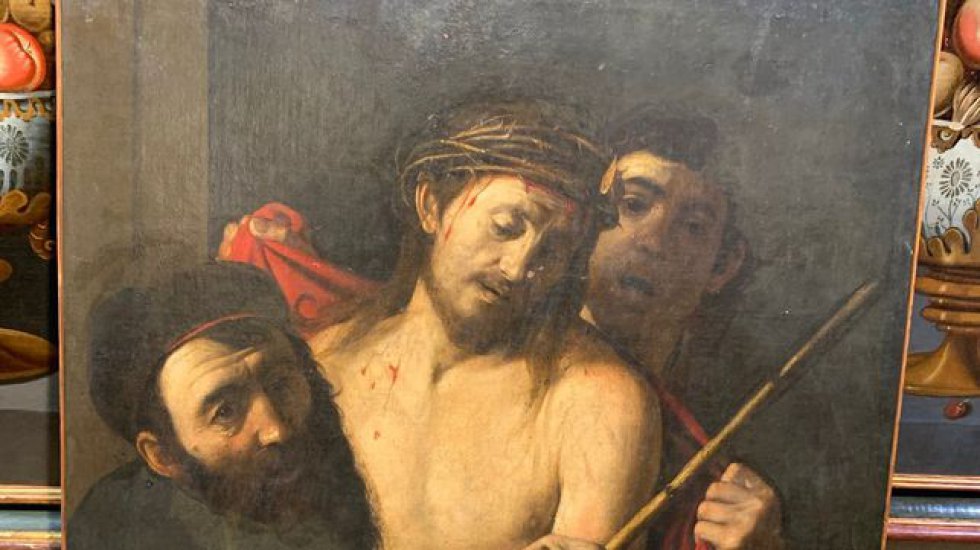 The Community of Madrid plans to declare this Wednesday an asset of cultural interest (BIC) the painting of an eccehomo that was going to be auctioned last April and, although the General Directorate of Heritage suggests that more “analysis of various kinds” is still required to confirm the author takes it for granted that the piece, originally attributed to the Ribera painter’s circle, is actually by Caravaggio. “The information on the painting that has appeared in recent months and studies developed by experts reinforce the thesis of authorship” of the Baroque master, reads the document to which EL PAÍS has had access.

With this decision, which was expected at the beginning of the year, the Madrid Government joins the theory already raised by the Prado Museum in a preliminary report published in the Official State Gazette and by a large part of the community of experts that the piece is by Caravaggio. That is why it has granted the canvas the maximum protection that a work of art can acquire and closes a procedure that began on April 9, just after the Ministry of Culture declared the painting unbearable. “It was at that moment when the institutions began to work to make the precautionary protection of the work a reality and now we are finalizing a procedure that we can qualify as successful, in which the Prado and the Royal Academy of Fine Arts of San Fernando also collaborated” , recalled Marta Rivera de la Cruz, Minister of Culture, Tourism and Sports of the Community of Madrid.

See also  When to wear the mask outdoors and when not to wear it?

Once the painting is protected, it is prevented from leaving the country and from being sold for more than 100 million euros, according to art market estimates. Eccehomo can only be marketed in Spain. It will be the owners who determine the final price if they receive a formal offer, which the State will have to match if it wants to keep the piece, since it has the right to purchase. The most optimistic estimates raise the price to 30 million, the most conservative remain at a no less substantial 10 million in a local market where potential buyers can be counted on the fingers of one hand.

Eight months have passed since the painting appeared in a corner of the Casa Ansorena catalog in Madrid, where it was going to be auctioned for a ridiculous 1,500 euros, as it was attributed to the surroundings of Ribera. Since then, the mystery around what could be one of Caravaggio’s lost paintings has become one of the last great unknowns in art history.

The painting remains in the custody of the Pérez de Castro family, owners of the work, and the collector and representative of the owners Jorge Coll, in a facility near the Madrid airport. Experts in ancient art from all over the world have been approaching there since the beginning of the summer, as well as specialists appointed by the regional Executive, the Ministry of Culture and the Prado Museum. A report will come out of these visits of approximately half an hour to learn more details of the work.

For now, the technicians of the different administrations are the only ones who have delivered their first conclusions. “This oil on canvas, measuring 111 x 86 centimeters, constitutes a sample of excellence and pictorial mastery of the first Italian naturalism, which exerted a great influence on the Madrid pictorial school of the seventeenth century,” read these reports. “Aspects such as the psychological portrait of the characters, the realism of the faces, the light force that is concentrated in the body of Jesus Christ, the close-up game of the three characters and the communication established with the viewer make the painting a work of great artistic interest ”.

“According to the reports issued by the Ministry of Culture and Sports and the Prado Museum, it deserved to be declared a BIC for its historical and artistic interest, as well as for its possible attribution to Caravaggio under the title Behold the man”, They have explained from the Community of Madrid. These documents thus reinforce the thesis of the only scientific study published so far by Maria Cristina Terzaghi, one of the greatest experts on the Italian painter, in which she captures the conviction that she showed from the first day she was able to see the work in Madrid: “ Is a caravaggio”.