Skip to content
Home News The CNMV will also put order in the ‘influencers’ of cryptos from outside Spain: from Iniesta to Matt Damon | markets 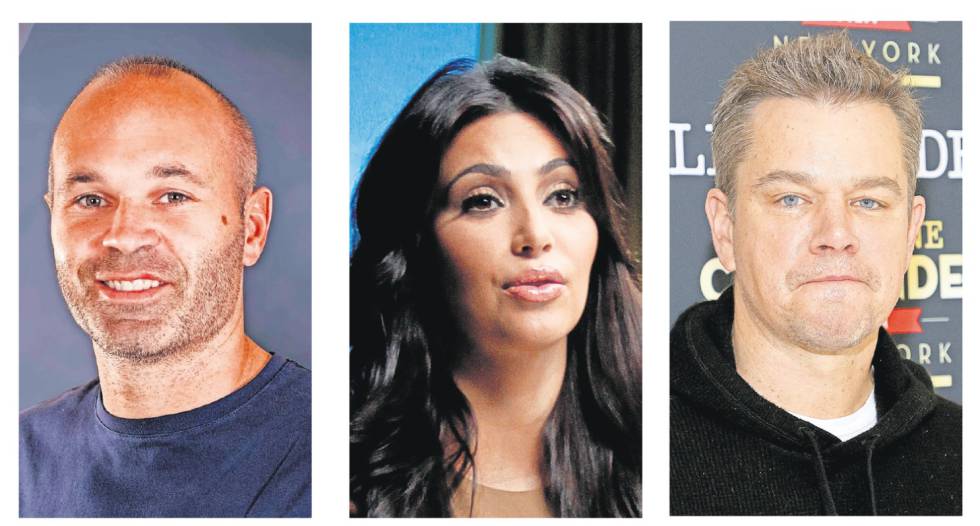 Spain will be a pioneer in controlling advertising on crypto assets. The CNMV will take care as of next Thursday, the 17th, that the ads, also those made by influencers on their networks, mitigate the risk of attracting small investors. Mass campaigns will require prior authorization and their scope of action will not be limited to Spain. Any relevant character will be in the eye of the supervisor if the message is addressed to Spanish investors. The language and the existence of a website or contact telephone numbers will be key so that you can intervene.

The powers of the Spanish market supervisor will transcend national borders. It will have the capacity to intervene in any advertising activity aimed at investors in Spain and it will be presumed that this is the case when they are carried out in Spanish, “unless they contain measures that attest that the services or products promoted are not aimed at or are not accessible to investors in Spain.” . Including, of course, those made by influencers on any social network: Twitter, Instagram, Facebook, YouTube, TikTok…

The arsenal kept by the watchman of the markets chaired by Rodrigo Buenaventura is extensive. You can get in touch directly with the influencer, with the company that pays for the ad, with the channel that distributes it or with a possible advertising agency that is involved.

The rules will be the same for crypto influencers than for the rest of the campaigns. They will include, with a space that accounts for at least one fifth of the ad, the following notice to surfers: “Investment in crypto assets is not regulated, may not be suitable for retail investors and the entire amount invested may be lost.”

And not only that, they will have to include or indicate where to consult another 12 dangers. Among them, that the prices of crypto assets are constituted in the absence of mechanisms that ensure their correct formation and that the anonymity facilities they can provide make them a target for cybercriminals.

They will also be subject to the prior authorization regime for campaigns that are considered massive, those that are directed at more than 100,000 people. For social networks, “the highest between the number of users estimated in the advertising campaigns and the number of followers of the accounts used” will be used as a measure.

The first incursion made by the CNMV on the issue of crypto assets was on November 24, when soccer player Andrés Iniesta was called out for announcing the Binance platform on his social networks. Then he already had the express authorization of the Government, in an express reform of the market law in March 2021, so that he could take action on the matter.

The coordinator of the European securities commissions, ESMA, warned in a document dated January 31 of the growing risk of the influence of social networks on investment decisions. Since October of last year, it has had a manual to intervene in networks on financial issues without being sanctioned.

Meanwhile, the number of cases against celebrities who have used their social networks to promote crypto assets is growing. American model and businesswoman Kim Kardashian, former NBA player Paul Pierce and boxer Floyd Mayweather Jr. have been sued. Last May they promoted a token called EthereumMax. More than half a year later, the American star and boxing legend is facing a lawsuit alleging that celebrities misled investors in promoting cryptocurrency.

Matt Damon launched a campaign, also in Spain, for the Crypto.com platform. The announcements also had their tentacles on Twitter, although these were made in English.

Brand new Australian Open winner Rafa Nadal will launch a collection of non-fungible tokens, which are unique and non-tradeable, with Autograph. This type of asset, considered art, is not subject to advertising control by the CNMV.