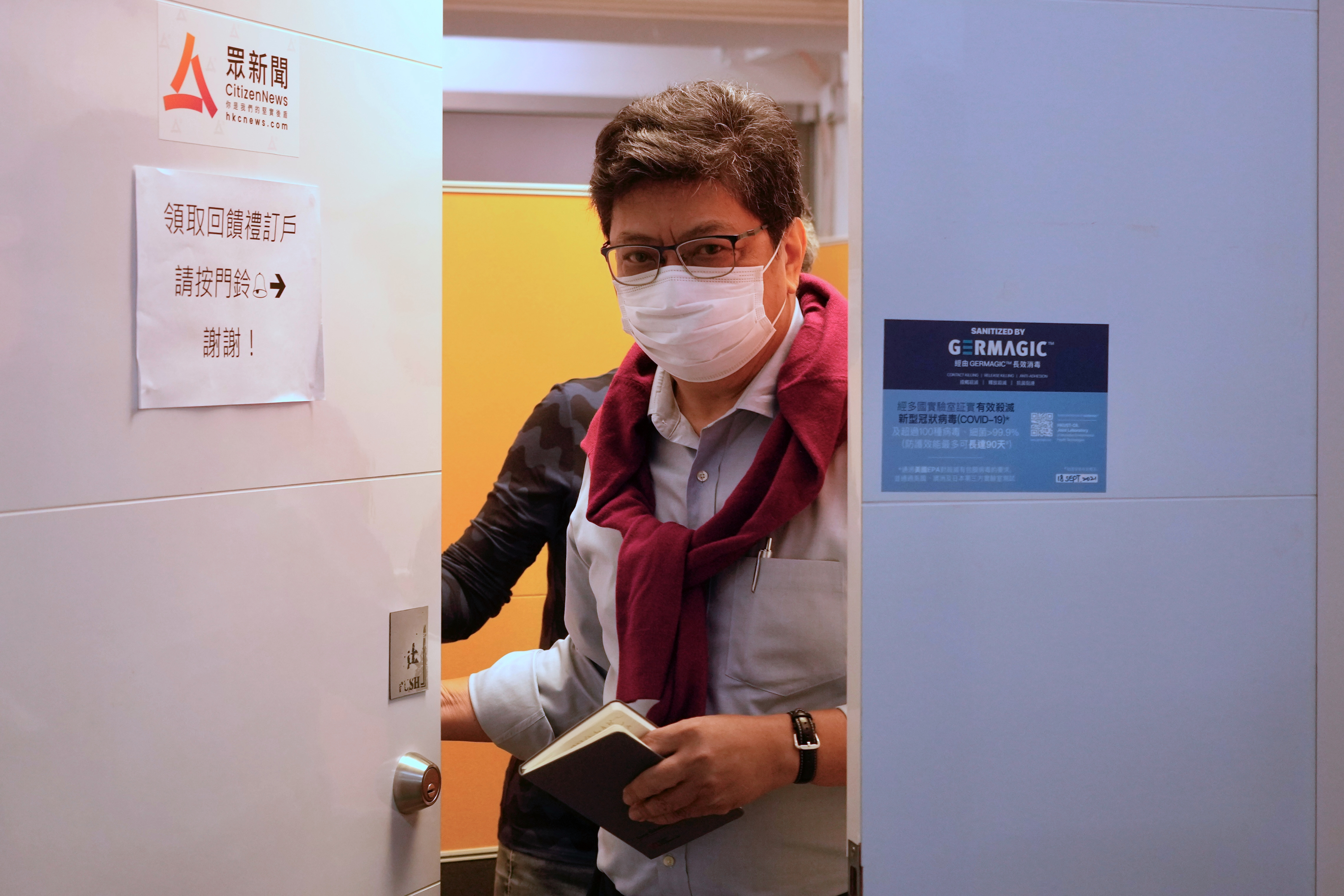 China continues to close the fence on any divergent sources of information in the Hong Kong media. The independent news portal Citizen News announced on Sunday night that it will cease publication on January 4 due to “the deterioration of the journalistic environment” in the former British colony and in order to “guarantee the safety of its staff.” Although it is true that the closure of the medium was not, on this occasion, the result of an act of direct repression, the decision has little of a voluntary nature. Citizen News has decided to follow in the footsteps of Apple Daily Y Stand News, two other opposition media in the semi-autonomous region, which were forced to close in 2021, after the authorities in charge of safeguarding the National Security Law imposed by Beijing arrested some of their executives.

“We have never forgotten our initial intention, but, unfortunately, the drastic changes in society and the worsening media environment in the last two years have meant that we cannot continue to fulfill our ideals without fear. In the midst of this crisis we must make sure that all the ship’s crew are safe ”, express Citizen News it’s a statement posted on their social networks.

“Reporting without fear means that we are not afraid of offending the elite, that we criticize the authorities when their policies are not correct, that we do not refuse to tell the truth about large corporations due to business pressure,” he said at a press conference held this Monday. , Chris Yeung, editor-in-chief of this news portal and former president of the Hong Kong Journalists Association. “But that does not mean that the price is sacrificing our own freedom,” he added.

Citizen News, which is defined on Facebook “without affiliation to a political party” and that “is committed to a free, open and inclusive Hong Kong”, began publishing content in January 2017 and has around 408,000 followers on this social network. The outlet, which received initial support through a campaign of crowdfunding, has 40 employees on staff.

Daisy Li, Editor-in-Chief of Citizen NewsHe told the press that he no longer knows what “safe” news is. “If I am not confident enough to guide and lead my reporters, I must be consistent,” he added. Yeung himself has confirmed that “the turning point for making this hasty decision was what happened with Stand News”. Last Wednesday, 200 policemen participated in a raid on the newsroom of this website and in the arrest of seven members of its leadership. The authorities also frozen 6.9 million euros of the assets of Stand News, and two of its chief editors remain in detention, charged with “conspiring and distributing seditious material,” after being denied bail. That same day, this media outlet, which had become the most popular among opposition activists and supporters, announced its closure.

What happened with Stand News it was nothing more than a carbon copy of the police repression that the publication also disappeared suffered in June Apple Daily, critical of Beijing, and which was forced to close after its editor-in-chief and four other executives were arrested for “conspiring with foreign forces.”

“After the closing of Apple Daily Y Stand News, Citizen News It is the third independent Hong Kong media to fall victim to intimidation and harassment by the Police, led by Hong Kong’s chief executive, Carrie Lam, and whose objective seems to be the total suppression of press freedom in the territory ” , notes Cédric Alviani, director of the East Asia office of Reporters Without Borders. According to data compiled by this Paris-based non-governmental organization, Hong Kong’s position in the press freedom index has fallen dramatically in recent years: from 18th place in 2002; in 2021 it plummeted to 80.

The city’s press union and the foreign correspondents club have expressed deep concern about the situation of freedom of expression in the city since the closure of Apple Daily. A survey, conducted last month by the Hong Kong Association of Journalists, found that nearly half of industry professionals based in the region were considering or already had plans to leave the enclave due to worsening working conditions. Also that more than half of the journalists censored themselves when covering certain topics that could go against Beijing.

Hong Kong returned to Chinese sovereignty in 1997 on the promise that a wide range of rights would be protected, such as freedom of the press, democracy and its independent courts, at least until 2047. This new closure of a media outlet that does not promote the official discourse of the mainland puts more salt on the sore that opened after the pro-democracy protests of 2019. Then, and for months, the demonstrations took to the streets of the city. Beijing responded a year later with the approval of the draconian National Security Law, which provides penalties of up to life imprisonment for crimes such as secession, subversion, terrorism or conspiring with foreign forces.