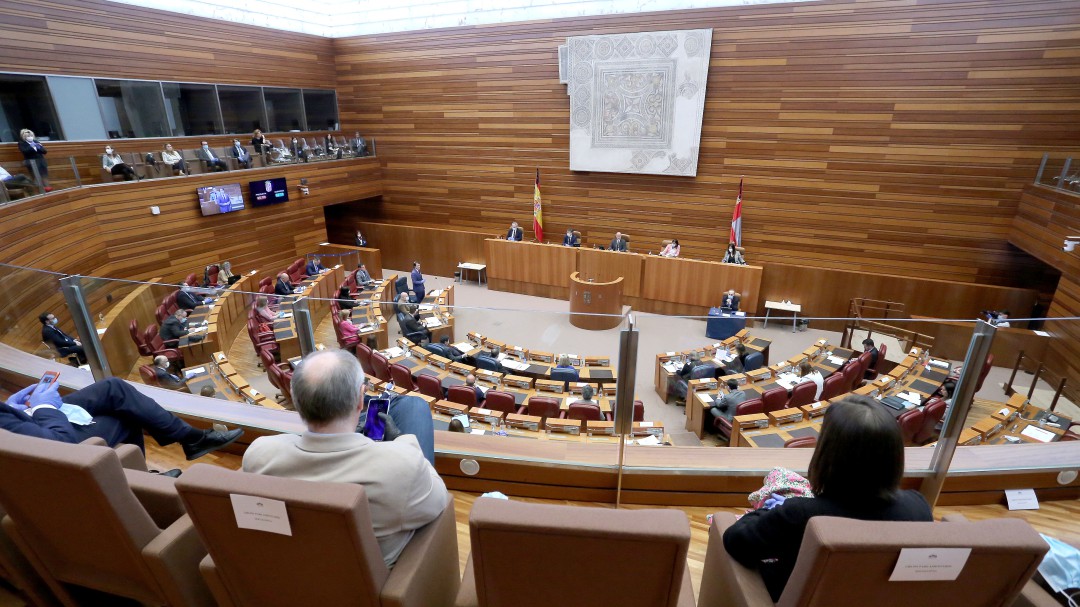 The survey published this Wednesday by the Center for Sociological Research (CIS) places the PSOE with an estimated vote of 30.8 percent, one point above the PP (29.8%), and marks wide ranges for the distribution of regional attorneys.

The publication of this poll, the only one that has been released that gives victory to the PSOE, has been accompanied by the controversy raised by the former Vice President of the Government Pablo Iglesias when he disclosed in advance, in a public Telegram chat, the number of procurators granted to Podemos. The PP has requested the resignation of the president of the organization, José Félix Tezanos.

According to the CIS barometer, the Socialists, who won the previous elections, would obtain between 25 and 34 seats and the PP, between 27 and 32, which would leave a scenario open to various post-election governability pacts.

In third place, the survey places Vox, with 9.3 percent of the estimated support, which would give them between 4 and 8 seats; followed by United We Can (8.7%), with between 3 and 5 prosecutors, while Ciudadanos would be the fifth force (7.9%) and could get between 2 and 5.

Soria Ya (Empty Spain) would burst in with between 2 and 3 seats -and would become the leading political force in that province with up to 42.3% of the votes, double that of PSOE and PP-, with the same presence for the Unión del Pueblo Leones (UPL), while Por Ávila would close the representation with 1 parliamentarian.

These estimates leave open the post-election pacts in Castilla y León, with the PSOE in the best of its scenario (34 seats) in need of support to reach the parliamentary majority (41 seats) through United We Can and Cs -in their forks highest (5)-, but also with different combinations with Soria Ya, UPL and Por Ávila.

In the case of the PP, this survey in its most favorable scenario would leave them with nine seats out of the 41 necessary, so an agreement with Vox would not be enough to govern, by giving this second party a perspective of between 4 and 8 seats. , so the popular ones would have to sound out support from Cs, Soria Ya, UPL and Por Ávila.

In the case of direct voting, the answer given by citizens when the CIS asks which party they are going to vote for on February 13, the survey also places the PSOE slightly ahead of the PP, with 19.2% compared to 18, 9% of the popular ones, while the majority response is “I don’t know” (26.9%) and the seventh option is not to answer (6.9%).

Below that percentage are the rest of the parties, led by Vox (6% of the direct vote) and followed by United We Can (5.2%), Citizens (3.4%), UPL (2.5%), Soria Ya (1.1%) and Por Ávila (0.7%), with the nuance that these last three games play their aspirations in the percentage of their respective constituencies, since they do not appear in all of them.

By provinces, the CIS places the PSOE ahead in estimated votes in the provinces of Burgos, León, Segovia and Valladolid, the PP as the first force in Ávila, Palencia, Salamanca and Zamora and Soria Ya as the majority in the province of Soria, with the highest percentage reaching 42.3%, more than the PSOE (21.1%) and the PP (18.9%) together.

Regarding the distribution of seats for each of the constituencies, in Valladolid the PSOE would obtain between 5 and 6 seats, the PP 5, United We Can between 1 and 2, the same as Cs and Vox would obtain 1.

In León, the Socialists would get between 4 and 5 seats, followed by the PP with between 3 and 4, the UPL with between 2 and 3, and United We Can and Citizens with one each.

In Burgos, the scenario proposed by the survey is that of a victory for the PSOE with between 4 and 5 seats, followed by the PP with between 3 and 4, while Vox and United We Can achieve 1 each and the range of Cs goes from 0 to one.

For Salamanca, the survey predicts a victory for the PP that would give it between 4 and 5 seats, while the PSOE would oscillate between 3 and 4, followed by Vox and Cs with 1 representative each.

As for the rest of the provinces, which distribute a smaller number of representatives, the CIS predicts in Palencia 3 seats for the PP and between 2 and 3 for the PSOE, while Vox and Ciudadanos would dispute another seat (between 0 and 1).

Finally, the CIS foresees between 3 and 4 seats for the PP in Zamora, where the Socialists would obtain between 2 and 3 and between 0 and 1 Vox, while for Soria, the province that distributes fewer attorneys (5), the survey raises an unprecedented scenario due to the irruption of Soria Ya (Empty Spain), which would achieve victory with between 2 and 3 seats, doubling the votes for the PSOE, with between 1 and 2 seats, and for the PP, with 1.

This survey was carried out with 7,131 telephone interviews, with 934 municipalities and the nine provinces as sampling points, between January 7 and 22, with a margin of error of 1.2 percent for the sample as a whole, although it is variable depending on each of the constituencies.