Skip to content
Home News The ‘chetos’, the doping of video games: why it is so easy to cheat while playing | Technology 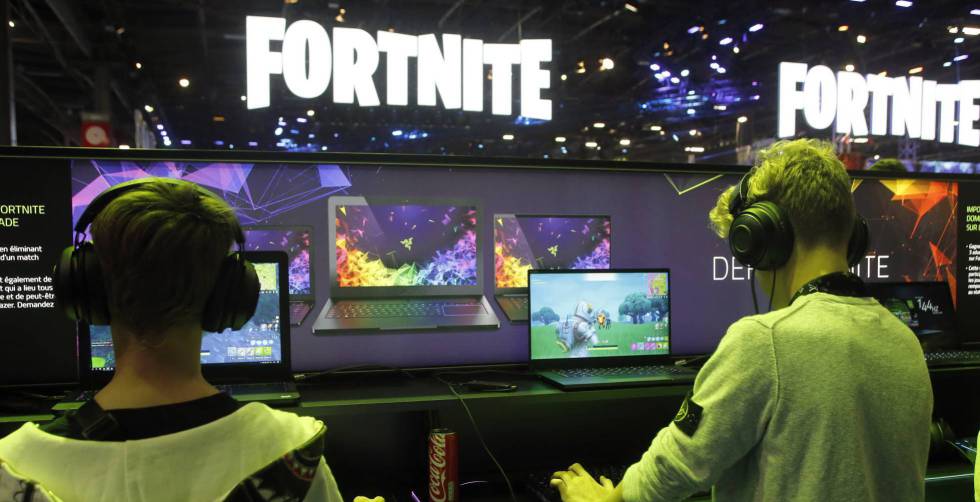 “It seems the worst in the world and suddenly it is Jesus Christ Superstar”, shouts youtuber Vicens in a video about a hacker in Fortnite, a video game that in 2020 had 80 million monthly players. “I hope this guy is banned forever. If there is something that tiltea [irrita] of a video game is that the company itself does not banee [suspenda] to the hackers“, Add. Vicens’ video is from March 2020 and has been seen by 1.7 million people.

It is not difficult to cheat in video games: shoot through walls, always hit the enemy’s head, not lose life. There is no need to be hacker, just go to the right forums and feel like cheating. A new scientific article analyzes more than 10 million posts from two of the largest English forums, MultiPlayer Game Hacking (MPGH) and UnknownCheats, to find out how it is marketed. Both communities have been operating since 2007 and the analysis includes approximately a decade of information, until June 2020. In total they have found almost 700,000 registered users, although only a tiny percentage create and share traps: around 1% in each community offers this type of files, which does not imply that they are their creators. A substantial part of that small group has shared more than one.

This type of hacks They are so common that in Spanish it has its own word: chetos, which comes from the English cheat, literally cheating. Each forum has subcommunities dedicated to different video games. There is for everyone, although the creators of chetos they tend to specialize in one. The article cites the most popular video games of the last two years in each forum and there is everything: Counter Strike, Grand Theft Auto, Fortnite, League of Legends, Rainbow Six, Minecraft, Apex Legends or Escape From Tarkov, among others.

“The chetos they literally ruin video games, “says Eric Diablo Murillo, director of the KPI Gaming eSports club. “As a player of course it shows. It depends only on what the other wants sing. There are people who want to hide it a bit, but others go flying and hitting headshots ”, he adds. The article focuses only on chetos free, but the authors emphasize that in private chats the same authors can sell more sophisticated things.

Video games have their most public part in eSports tournaments. There it is more difficult to find these types of traps because there are contracts and agreements between teams. If a player is caught with chetos it is the same as hooking someone doped in the Champions League: his expulsion is irremediable for tarnishing the honor of many involved. The challenge of cheaters is easier when they are amateurs or in smaller tournaments, where there are not so many eyes or analysis. “Sometimes you lose a game in a tournament qualifier and ask yourself: but why have I lost, why have I been beaten or why have they used chetos? ”Says Murillo. “They do this because that’s how they have fun,” he continues. “They are people who are bad at playing and get chetos and so they win. Also because they raise your ranking ”.

A problem for the sector

Many of these games have amateur player ratings and leagues to better suit online rivals of the same level. The chetos allow a regular player to upgrade. Video game companies are the first interested in that their products are not filled with cheats that cause others to flee. “Valorant sold that his anticheats It was very good. Sometimes a hacker comes in and they stop the game and say hacker detected. That is if they catch him, if you don’t bother yourself, ”says Murillo. In others they almost beg that they not be used: “A video game called Super People has just come out where you parachute and on the canvas the developers have written: “no hacks, no cheating”. As if to say please don’t break the game ”, adds Murillo.

These types of forums are not hidden in any dark web or in encrypted apps. They are just one click away from Google or any other browser. Whoever wants can also register. No special skills are required. Nor to install the trap on the computer, which has its own interface. “Many are easy. The injection to modify a video game is a simple process that runs in memory and inject as one more function of the video game with a different purpose ”, says Sergio Pastrana, a researcher at the Carlos III University and one of the authors of the article.

As in other technological areas where a lot of money and users are moved, the activity of chetos it does not look to diminish. “As long as something serious does not happen for infrastructure or national security, it is a serious problem for the video game industry,” says Pastrana. “At this level it’s a cat and mouse game. They are very lively forums ”. This activity sometimes evolves into bigger challenges: “These users have a lot to do with hacking. They also know how to do malware. The Crime Agency in the United Kingdom many people who caught with cybercrime came from the world of video games. You start to make friends who know how to do other things and they recruit you right away, ”explains Pastrana.

It is clear that the small group of users of these forums that create these chetos they may have a promising career in cybercrime. “This is not taught to you in the university or in a college. You have to know even more than what it takes to develop them. Accessing the guts of a video game and knowing how to modify it requires knowledge, ”says Pastrana.

So much so, that the technical access needs that video game companies require in their users’ systems are enormous: “There are technical anticheat that they are intrusive, that they have to control your computer with privilege levels in the system to know that you are not doing anything wrong in the video game ”, says Pastrana.