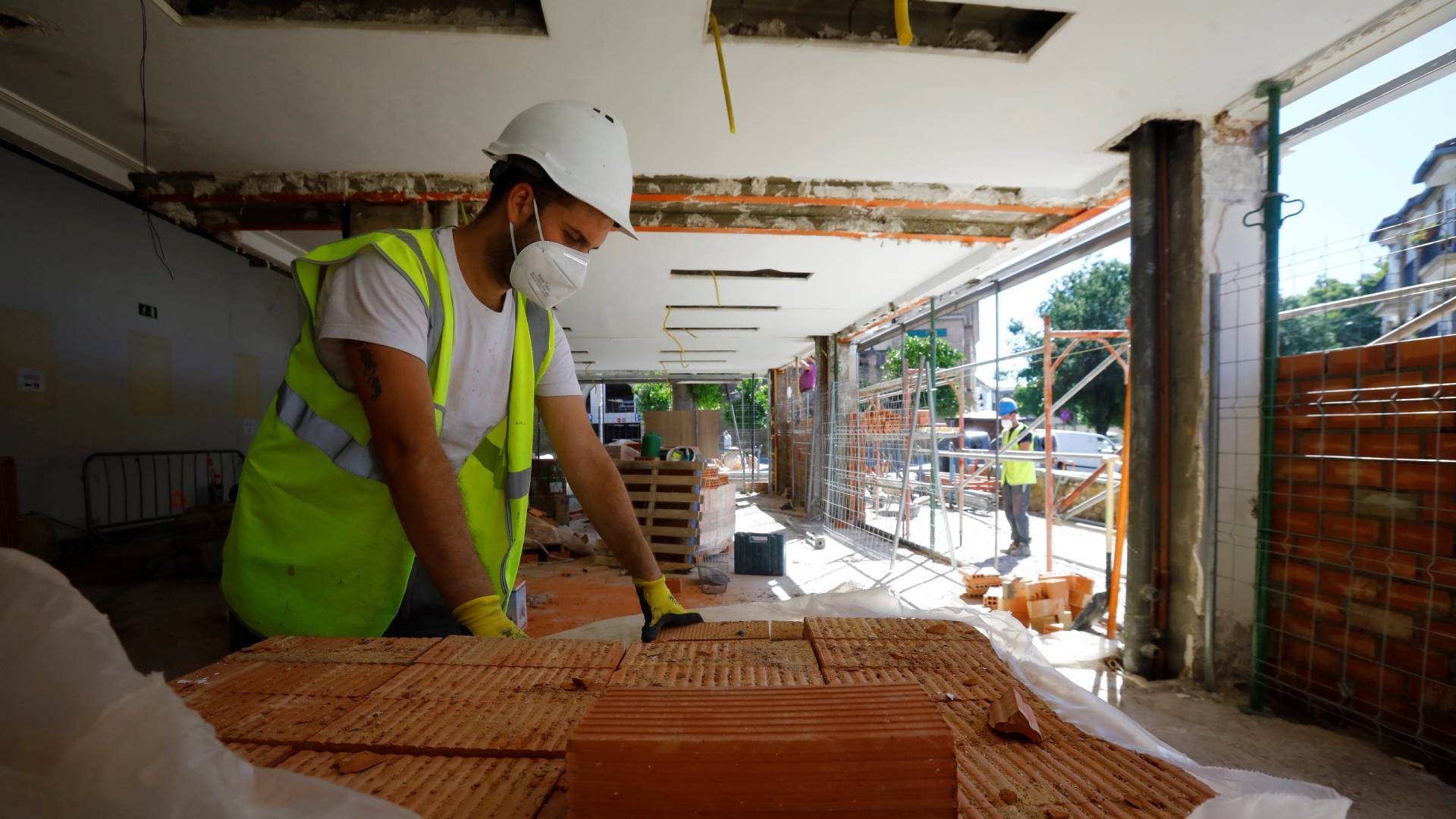 Almost one in four Spaniards faces the uncertainty of whether they will keep their job in the coming weeks or months, a concern that aims to tackle the labor reform approved this Thursday by the Government, with the consensus of the unions and the patronal. The objective is that the indefinite contract becomes the usual modality in Spain, something that does not happen at the moment, when nine out of ten contracts that are signed have an expiration date. For this, the Executive has reduced the types of contracts to three: permanent, temporary and training; in addition, it will toughen penalties for abuse of this modality. But will this work in practice?

“Everything will depend on how flexible its use is”, Points to RTVE.es the doctor in Economics and deputy director of the Foundation for Applied Economics Studies (Fedea), José Ignacio Conde-Ruiz, who points out that“ the number of contracts does not matter so much, but rather to see exactly “how configures the measure and if it really is in such a way that the use of the indefinite over the temporary is encouraged ”.

Until the approval of the reform, there were four contracting modalities in Spain: permanent, temporary, for training and apprenticeships, and internships; each having its own subtypes. For example, permanent contracts could be ordinary, partial or discontinuous fixed. Within the temporary ones, we found interim contracts, work or service or relief contracts. In total, companies had to choose between more than thirty contracts when incorporating a new worker into your company.

However, from now on, the types of contracts are drastically reduced to only three: permanent, temporary and training. The intention of the Executive is that the fixed contract is the usual one, although it could remain only in that, an intention, if it does not change its structure. “It is always better to have less than more, but that it is not a sufficient condition to guarantee that precariousness will end”, Says Conde-Ruiz. Precisely because “if there is only one temporary contract, but it is used for everything, precariousness will continue to be present and at the same level as before,” he explains.

The challenge of combating temporality

Temporality is one of the endemic evils of our labor market, very subject to the seasonality of productive sectors that in turn have a great weight in the country. Without going any further, tourism concentrated at the end of 2019 -before the outbreak of the pandemic- more than 13% of total employment in the Spanish economy, being its 32% temporary employment rate.

Spain is the champion in Europe in this sense, with almost one in four salaried persons with temporary contracts -24.7% -. It is followed by Serbia, with 20.1% of its employees in this situation, while the European Union average is 11 points below the Spanish one, at 13.6%, according to Eurostat data for 2020. In addition, Spain faces skyrocketing rates in groups such as young people (37.7% between the 15-24 age groups) and women (16.36%). Although the most worrying thing is the duration of the contracts: one in four firms in November had a duration of less than a week.

“The truth is that it is temporality It is an entrenched problem in Spain since the reform of 84. The temporality skyrocketed and there is no way to lower it ”, Laura Pérez, professor of Economics at the Autonomous University of Madrid, explains to RTVE.es, who refers to the agreement reached by the Government of Felipe González with the unions that introduced new modalities of temporary hiring. Since then, a total of seven labor market reforms have been carried out and none have succeeded in ending this endemic disease.

“All the reforms have been to restrict the use of temporary contracts, but since sufficient flexibility was never introduced in the indefinite period, none of them worked; It was said that this restricted the chaining of contracts, increased the cost of dismissal, etc. but I never managed to solve the problem”Adds Conde-Ruiz.

Only in periods of crisis has the number of temporary contracts been reduced in Spain, although this is due to “a statistical effect”, points out Pérez: “The temporary ones were left without work, but that is not the way to tackle this problem, obviously . In fact, as soon as the recovery began, the temporality increased again”. And it is that one of the consequences of the large volume of temporary work is that, in the face of crises, the Spanish labor market “adjusts” through a great destruction of employment instead of other flexibility mechanisms. It happened during the last financial recession, but also in the current pandemic crisis.

In addition, the experts consulted warn of the implications that the current internship contract has to increase the temporality. According to a recent study by the Iseak Foundation, and as AIReF pointed out last year, this type of contract does not fulfill its function as it is “a source of precariousness for young peopleRather than a more stable path of “hooking” into the labor market. According to Lucía Gorjón, one of its main researchers, after an internship contract, a young person is less likely to remain in the company than a person with a standard temporary contract. And, for those who stay with the company, their probability of signing a permanent contract is notably lower.

For this reason, he considers that the ideal would be to replace this formula with “an indefinite contract with a trial period of up to 6 months, which could lead to a salary reduction.” Although, from now on, and after the Government reform, this type of contract will be replaced by two modalities: dual training, which will combine work and training, and the contract for the acquisition of professional practice.

But, will it be enough to reduce the number of contracts to cut the temporality?

Ending temporary employment in the labor market has been the only common objective of the three parties involved in social dialogue from the outset. The Government has not stopped repeating that it is a phenomenon that must be tackled urgently, because it is synonymous with precariousness and affects not only workers, but also the growth of the country. In addition, it is one of the commitments made with Brussels in order to be able to access a new batch of European funds.

But will it be enough to reduce the number of contracts? “The key to reform is in how do you get the worker to gain in safety, that is to say, that it is not exposed to so much turnover and precarious temporary contracts, while companies in turn have enough flexibility to compete in a highly globalized world with a lot of competition ”, adds the deputy director of Fedea. In his opinion, for this to work, it would be necessary to “greatly restrict the use of the temporary contract, but making the use of the indefinite contract more flexible.”

“When we say this we are not referring only to the cost of dismissal, but to clarify the causes,” he adds. For example, in the case of the new permanent contract for the construction sector, which implies an indefinite entry contract, with a higher severance pay and with the obligation to relocate the worker. “If there is no objective cause, the dismissal should be higher that the temporary contract; while if it occurs because the works are finished and the company cannot offer the worker more employment, for example, this should not entail a higher cost for the company ”, he explains.

A lifetime of temporary employment in the hospitality industry

In this sense, the agreement contemplates the introduction of the so-called RED mechanism -the new Records of Temporary Employment Regulation (ERTE) – that companies can use in order to avoid layoffs. These adjustments may be cyclical -for economic crises- or sectoral -for model changes that need to re-qualify employees. In addition, the reform of the Executive seeks to tackle a very frequent route of temporary hiring in Spain, which has recently been overthrown by the Supreme Court: one that justified contracts for works and services by reason of subcontracting. The High Court has rejected that the hiring is a reason to protect this temporality.

“What many companies were doing was passing part of the production to a contract or subcontractor, which had a double precariousness. On the one hand, the workers were covered by company-level agreements with less or worse conditions than that of the company for which they actually work, and also the work contracts were temporary contracts and had no security ”, underlines Conde- Ruiz.

The results, in the air

The experts consulted are optimistic about the implementation of the labor reform and consider that it may reduce the temporary employment in the labor market. However, they insist that there is a high uncertainty, especially in a context of rising inflation and crises in global supply chains. “The normal thing is that it was a positive step, but the results could be absolutely any”, points out the financial expert and advisor of Multiciclos Global Renta4, Juan Ignacio Crespo.

“Let’s imagine that construction, which is now demanding a lot of jobs, collapses in the middle of next year if the rise in interest rates in the United States occurs and the economy begins to slow down. Or that in China there is an upturn in infections, which would lead the country to close ports and intensify bottlenecks, “he explains. In these cases, Crespo stresses, circumstances would change completely and the labor reform could not obtain the expected results.

“Right now it is such gibberish, such a mismatch that has been produced by the stoppage of the months of total confinement in all countries, that it’s going to take a long time to fit the pieces and therefore have a little clear idea of ​​the impact of the measures that are being taken ”, he concludes.