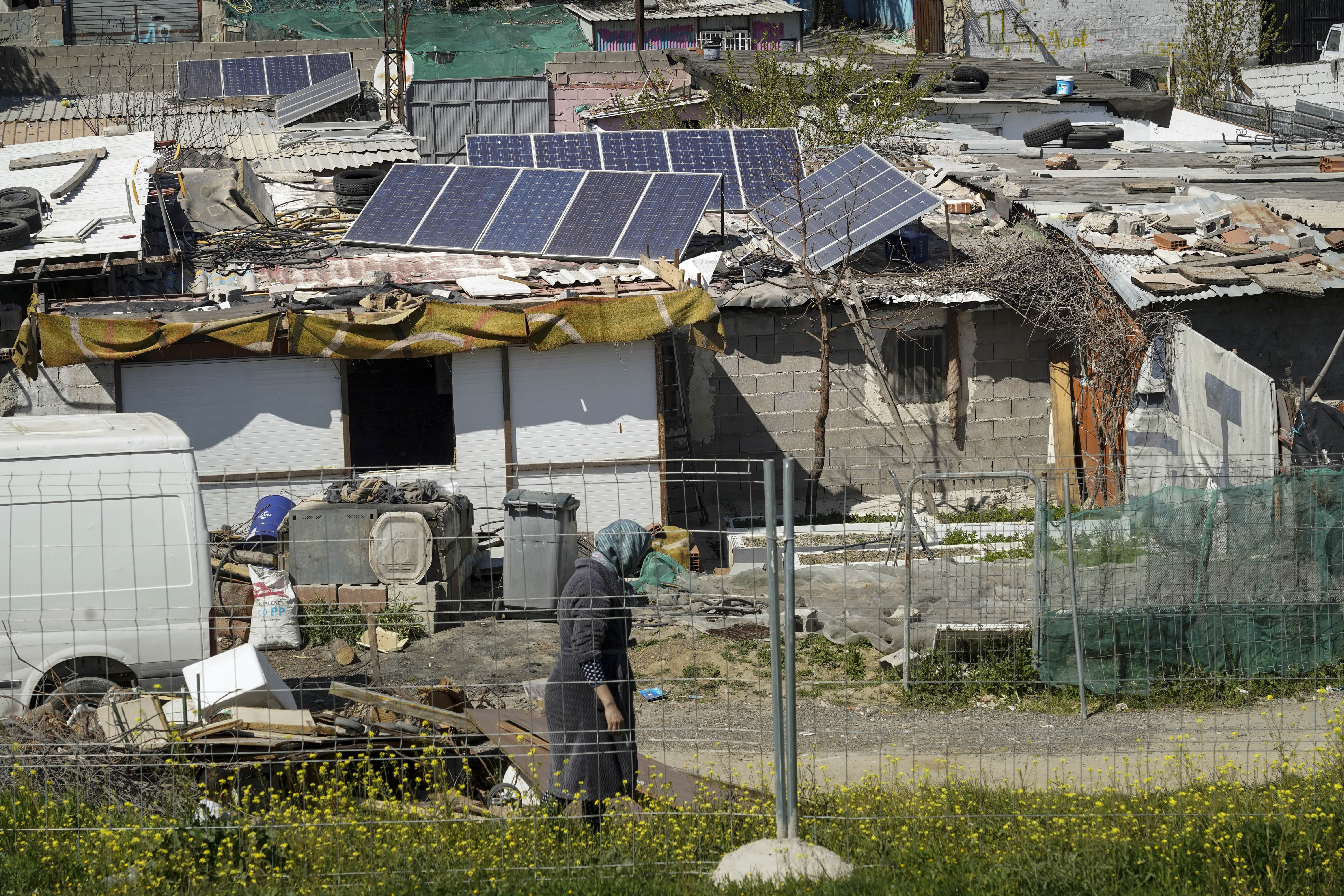 The Ministry of Transport will finance a third of the relocations of the Cañada Real Galiana de Madrid. This was conveyed last Wednesday by David Lucas, Secretary General of Urban Agenda and Housing, to the representatives of the administrations involved. The regional Executive, together with the Rivas and Madrid city councils, would pay for the rest of a long-term plan that aims to permanently relocate more than 2,000 vulnerable families from sectors 5 and 6. This last section, belonging to the capital, It is currently facing a second winter of power cuts caused by industrial consumption that generates overloads in the network.

The Council of Ministers already approved in April the direct concession of five million for housing solutions. The announcement last Wednesday, however, represents a qualitative leap in the government’s position, which for the first time is committed to definitively appeasing this humanitarian problem on which the UN has sounded the alarm on several occasions. The last slap on the wrist came in the form of a letter on February 16, when the special rapporteur Olivier De Schutter accused the Government of Pedro Sánchez of “failing to comply with its obligations in the field of human rights.” An inter-ministerial commission was then set up, chaired by the Government delegate Mercedes González, who three weeks ago estimated the total cost of the relocations at 200 million over three years.

Amount that Lucas, for his part, still does not dare to confirm, although he does emphasize that it will be a multi-year budget. The secretary general, who already knew La Cañada in his time as a socialist spokesman for the Consistory, explains: “This is a major problem, of national interest due to its seriousness, and it will not be able to be completely solved in one, two or three years”. The local and regional administrations will provide information on the subjects of relocation, so that they can be discerned from other profiles. The quality of that information will determine the scope of the program that Lucas has outlined. “The drug market is left out, as are homes with a certain quality that do not belong to vulnerable families,” he points out. An incessant flow of new inhabitants makes the task difficult.

See also  NHS boost: A shot in the arm as hundreds recruited to work in Scotland's hospitals

So much so that an exhaustive census has not been carried out since the signing of the Pact for the Cañada in 2017. At that time, the two most disadvantaged sectors added more than 4,500 residents, a third of them were minors. The stretch that concentrates the most slums is a little over six kilometers and stretches from the headquarters of the Al-Shorok association to the Valdemingómez waste management plant. An old cattle road that, according to Lucas, will begin to recover environmentally as relocations progress. After several years of great slowness, these were re-launched in April with a plan that will benefit 160 families in sector 6 and that includes demolition of buildings and the sealing of their plots, avoiding new settlements.

But more is needed. “After 50 years, society is not going to settle for something less,” Lucas continues. “That is why we want to promote a comprehensive intervention, beyond the specific actions that municipalities and the Community can carry out. The restoration of the electricity supply is one of them and, according to what they have assured me, they are working in that sense ”. This was communicated to him on Wednesday by the general director of Social Inclusion of the Madrid City Council, Laura Castaños, as well as the Regional Minister for the Environment of the Community, Paloma Martín. The meeting was also attended by Markel Gorbea, the commissioner of the Cañada Real of the regional Executive; the Government delegate, Mercedes González, and the mayor of Rivas-Vaciamadrid, Pedro del Cura. The new appointment will take place in the next three weeks.

Until now, the ombudsman, Francisco Fernández Marugán, said goodbye two weeks ago to make way for Ángel Gabilondo, but not before criticizing that the administrations focus their efforts on relocations, since “these are complex processes that, in general, require several years”. Marugán requested in a final resolution the restoration of the electricity supply, legal contracts through, being able to access the neighbors to a social bond if they meet the requirements. And he wrote: “The serious situation demands, above all, urgent action on the ground, aimed at tackling the problem in the short term.” His demand would have to overcome bureaucratic obstacles to be satisfied. Until now, the supplier Naturgy has questioned the legality of installing regular meters in homes without a certificate of occupancy.