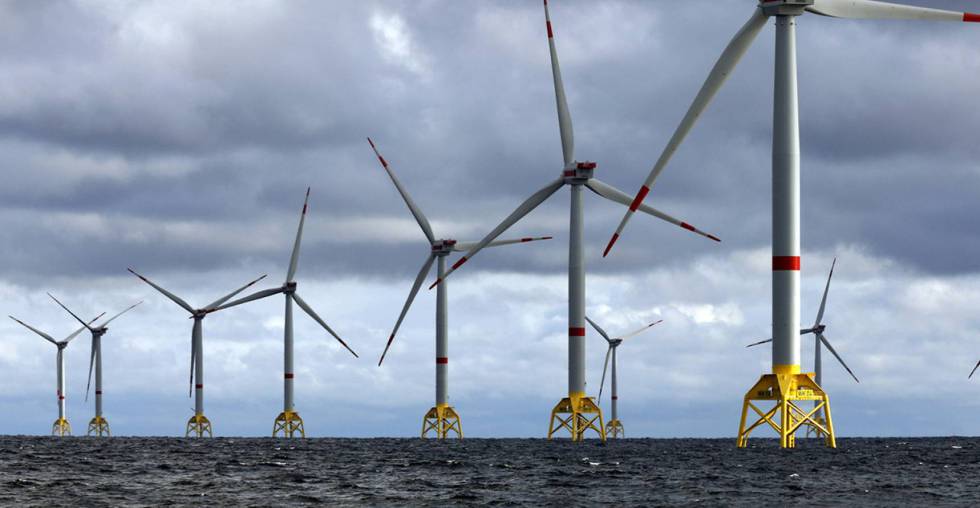 In the Alt Empordà, the wind is claimed as a sign of identity and pride. She brags about him and defends him. It appears as something closer to the character than to the weather. Be “tocat per la tramontana” is supposed to be a kind of bliss, a spark. A luck to brag about, rather than take advantage of. In the entire region there is not even a windmill installed. for now

The Cap de Creus draws a peak that is furiously aerated, and that is an ideal terrain to plant the first offshore wind farm in Catalonia. This is defended by the Minister of Climate Action, Teresa Jordà, in order to comply with the plans of the Energy Prospective of Catalonia 2050 (Proencat). The roadmap that establishes the energy transition of Catalonia for the next three decades breaks down the need to deploy a wind farm on the coast. “We must take advantage of the Empordà, because it is the only area in Catalonia that has the potential to deploy offshore wind power,” stresses the engineer Sergi Ametller, one of the promoters of the Tramuntana wind farm. The pioneering project contemplates installing 30 wind turbines off the coast of Roses, to achieve a capacity of almost 500 megawatts (MW). “We value the councilor’s statements very positively”, celebrates Ametller.

Jordà points out that the one who has the last word is the Ministry for the Ecological Transition, as it holds the powers in the coastal strip. “We have carried out an independent study and we have reached the same conclusions that appear in the draft of the new Maritime Space Management Plan (POEM), which has been drawn up by the Ministry”, Ametller points out. He alludes to the characteristics of the wind, sea and air traffic, fishing, the depth of the area and several other factors, to affirm that “the only area that meets the conditions is the Empordà”. A thesis that raises blisters.

The impacts of a macro offshore wind farm “are multiple and terrible”. This is what the many detractors of the Tramuntana park say. They criticize that the mills will cover a stretch of 24 kilometers of coastline, between Cap de Creus and Cap de Begur, north of the Costa Brava. They are suspicious that the project is so advanced, despite the fact that no tender has been made. The critical voices also allege that with the current POEM, from 2009, it would not be possible to locate it in that area, as it is an “offshore wind exclusion”.

The alarms have gone off after listening to Jordà’s wishes to have a floating offshore wind farm in 2030. Opponents of the park, mayors, scientists and entities are betting on renewables, but not projected in “sensitive” places like the one planned, surrounded of eight protected marine areas for having a rich biodiversity.

“The northern half of the Catalan coast is home to one of the most important heritages of marine biodiversity in the entire Mediterranean,” says Rafael Sardà, researcher and scientist at the Higher Center for Scientific Research (CSIC). For this reason, Josep Lloret, a marine biologist at the University of Girona (UdG), maintains that “we must analyze the potential large-scale ecosystem damage, beyond the area occupied by the wind turbines.” “I am not a critic of wind power, but a technical guarantor of the administration, of protecting the health of ecosystems,” says Sardá.

Sardà recalls that “Spain has a commitment to wind power with Europe, but it must also have 30% of the protected waters [un compromiso suscrito a nivel comunitario], and only 12% are. The main arguments against the park are the impact on marine biodiversity, tourism and also the landscape as heritage, as highlighted by the UdG geographer, Josep Vila.

The vice president of the Stop Macro Parc Eòlic Marí platform, Jordi Ponjoan, sees nonsense that “the Empordà coast becomes an industrial estate where you only see windmills.” “On the horizon, from Begur or Cadaqués, you will only see windmills. And the sea is our modus vivendi”, he recalls. For the mayor of Torroella de Montgrí, Jordi Colomí, “a macro-park would be outrageous. Let the usual not happen, because the Generalitat has been asleep for 15 years, now we are going to go to the race”.