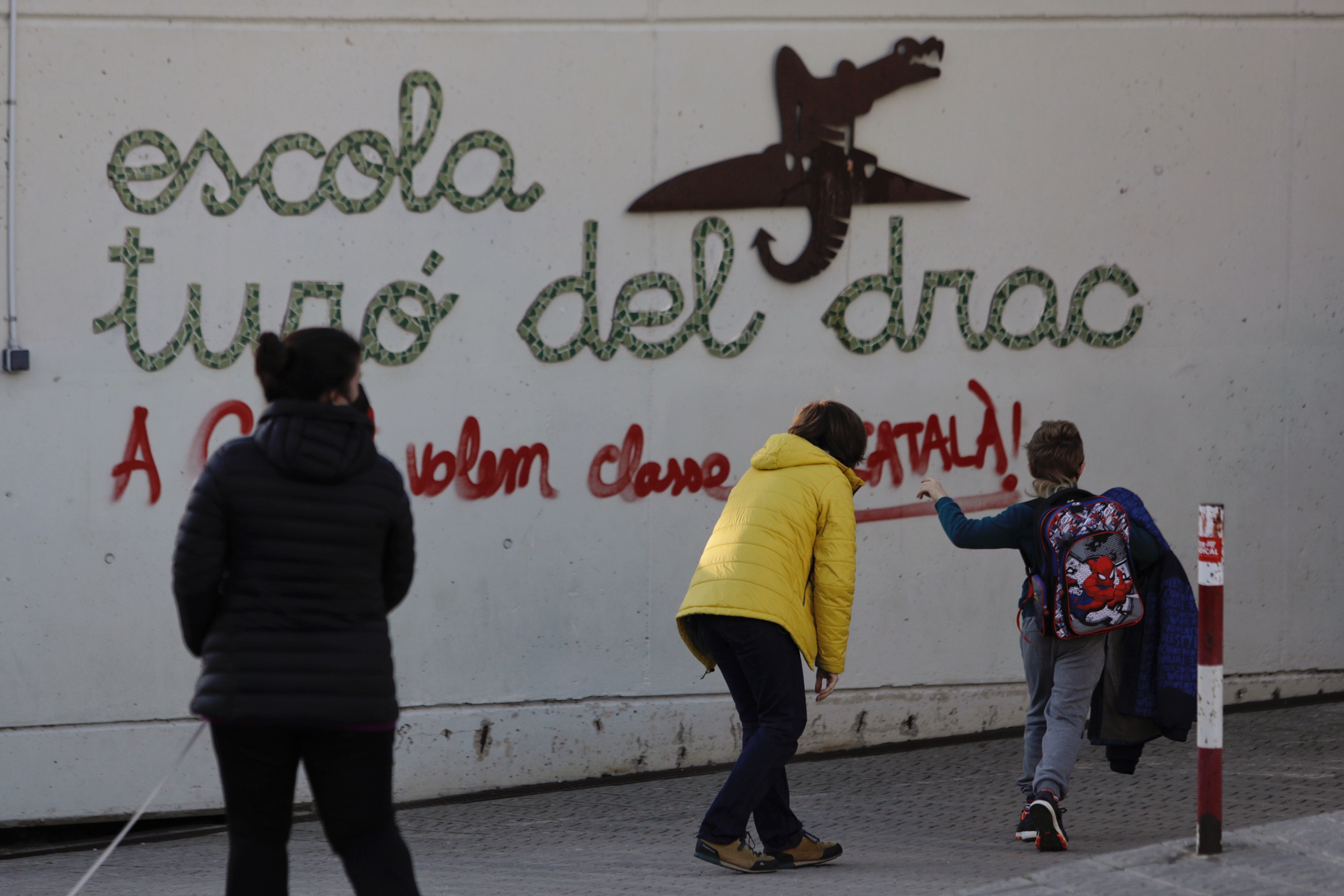 The Family Association (AFA) of the Turó del Drac school in Canet de Mar (Barcelona) has defended this Thursday in a statement coexistence in the center. The school has been the scene in recent weeks of a bitter political confrontation as a result of the judicial order that requires 25% of the classes to be taught in Spanish in one of its courses. Serious insults and threats were made on social media against the family that requested the measure. However, the association denies that neither the daughter nor the parents of the family that took refuge in justice have suffered harassment at the school. “We feel used, defamed and sad because a false story is being generated that does not correspond to the cohesive atmosphere that is breathed in our school,” says the association.

The five-year-old girl, along with her family, has been the center of attention after last December 3, the Superior Court of Justice of Catalonia heeded the request of the parents so that the minor could receive part of her education in Spanish at the Canet de Mar school (Barcelona, ​​15,000 inhabitants) where she is enrolled. The family asked for 50% of classes in this language, but the court limited it to 25% in the precautionary measures decreed pending sentencing.

“We want to flatly deny that there is a movement of harassment, isolation and attack against any child or family,” affirms the AFA. The parents received the protection of the Superior Court of Justice of Catalonia (TSJC) so that their daughter could receive more teaching hours in Spanish. The Mossos d’Esquadra offered protection to this family and have also established a surveillance system around the perimeter of the school. “I am about to stone this child’s house. Let them go outside of Catalonia ”, wrote last week on social networks Jaume Fàbrega, former professor at the Autonomous University of Barcelona. “This child has to find himself alone in class. During the hours in Spanish, the other children should go out ”, published Albert Donaire, moved and pro-independence activist. Unlike what happened on previous occasions, this time the Government entered fully. The Minister of Education, Josep Gonzàlez-Cambray, went to the school last week, but did not contact the girl’s family.

See also  How much is my Council Tax rising today? Our calculator shows how hike hits you

“Ours is a diverse and plural school that has never allowed, much less promoted, discriminatory attitudes of any kind. As representatives of families, we firmly reject any show of intolerance or disrespect, ”writes the AFA.

The collective representative of the parents of the school also criticizes the judicial resolution and says that it cannot remain neutral in the face of the imposition of 25% in Spanish in a classroom of infant courses: “As AFA we cannot be equidistant with a sentence that puts in The educational and linguistic project that has been democratically agreed upon and that undermines the participation bodies of our educational center is in danger ”.

The AFA adds that the school has never received a request from any family to review the use of languages ​​in class. “One of the most important decision-making bodies for life in the center is the School Council”, explains this association, “in 2019 the School Council approved the school’s linguistic project with the consensus of families, the teaching team and the management team, among others”. “Unfortunately,” they add, “often few families are actively involved in these participatory processes.”

Language immersion in Catalonia has been a political battlefield since the Supreme Court confirmed last November that Catalan schools must teach at least 25% of their subjects in Spanish. The pro-independence parties are weighing formulas to avoid the sentence. Junts per Catalunya, partner in the Government of the Generalitat, even proposes that the Executive disobey it. Impulso Ciudadano and the Bilingual School Assembly, two entities in favor of introducing more hours of Spanish in the Catalan school system, have announced this Thursday that they will work to control that schools apply the mandatory 25%.