Skip to content
Home News The Calvary of Yuste Jiménez: the call that saved him from dying in flight due to two blood clots in the lungs | The spar 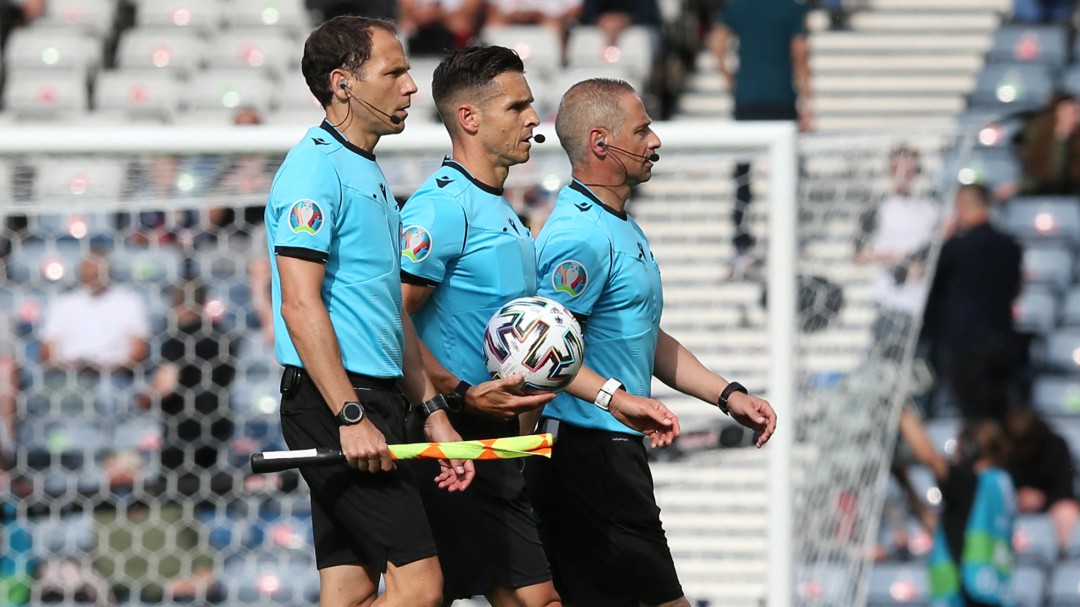 Juan Carlos Yuste Jiménez, assistant referee in the First Division for more than two decades, is the one chosen to be in the match between Sevilla and Villarreal at the Sánchez Pizjuán stadium. This appointment is not news, since he has been in the elite of our football for 23 seasons. However, everything could have a tragic end during this summer, when two blood clots were detected in his lungs and a rescue call prevented him from losing his life on that same plane that was directing him to be present in the Switzerland – Italy. The pressure in the air would have killed ‘Juanqui’ with a “99% probability” as he told El Larguero with Yago de Vega on the SER network.

The Catalan derby helped him reappear in LaLiga after several months of recovery away from the pitch and tomorrow from 2:00 p.m. in Seville.

This is how the most successful lineman in our country is right now: “I am very well. Fortunately, it has been a relatively quick recovery. I have passed the physical tests better than those of August. I felt much better on this November 18,” he says in a good mood, before telling us everything that happened.

It was in summer, specifically with the first day when the ordeal begins. “Before the Granada-Valencia, when I got the second dose I noticed shortness of breath in training, and I did not give it much importance. I attributed it to the few vacations. In the Granada-Valencia as in the presentations I made the next day with referees where I had to stop to catch air in Madrid, I realized. That same night I went to the emergency room because I had a previous Champions League in Denmark. I travel, but I still have the same symptoms, “he says in El Larguero with Yago de Vega.

‘Juanqui’, as they know him within his closest circle, when he saw that his symptoms did not improve, he made a call to a medical friend in a private center, who in the long run is known to have saved his life: They said they did not know the recovery time, but blessed call because the problem would be that 99% would not land alive. From a heart attack to a stroke and that I could stay on a plane. “

The omens by the doctor who treated him at the Beata Santa Ana Hospital were not good at all and it was suspected that something serious was to come: “In the analysis he had the D-Dimer (the factor that if it is above 500 there is a risk of thrombosis) almost eight thousand “, to which he adds later, telling that the bad omens are fulfilled. “Indeed, after a CT scan I had the thrombi expanded in both lungs and I stayed in the ICU. I was lucky that I reacted well and I was hospitalized for five more days.”

When all this was happening, and Yuste Jiménez himself went directly to the UCI, social networks gave false information that placed him on the verge of death, something that the Spanish assistant referee had to rectify and deny: “I could have my mobile and to reassure everyone. “

His return, in addition to great news for Spanish football, is the greatest joy for a representative who is a living history of Spanish refereeing: “It has been a tremendous illusion and a great emotion to return to the field”, “even if one has been 23 years , the story is that you live it. If you don’t have it, better stay home, “he said.

See also  The story of Edinburgh's mysterious homeless man, Mr. Penny, who had a "great fortune"