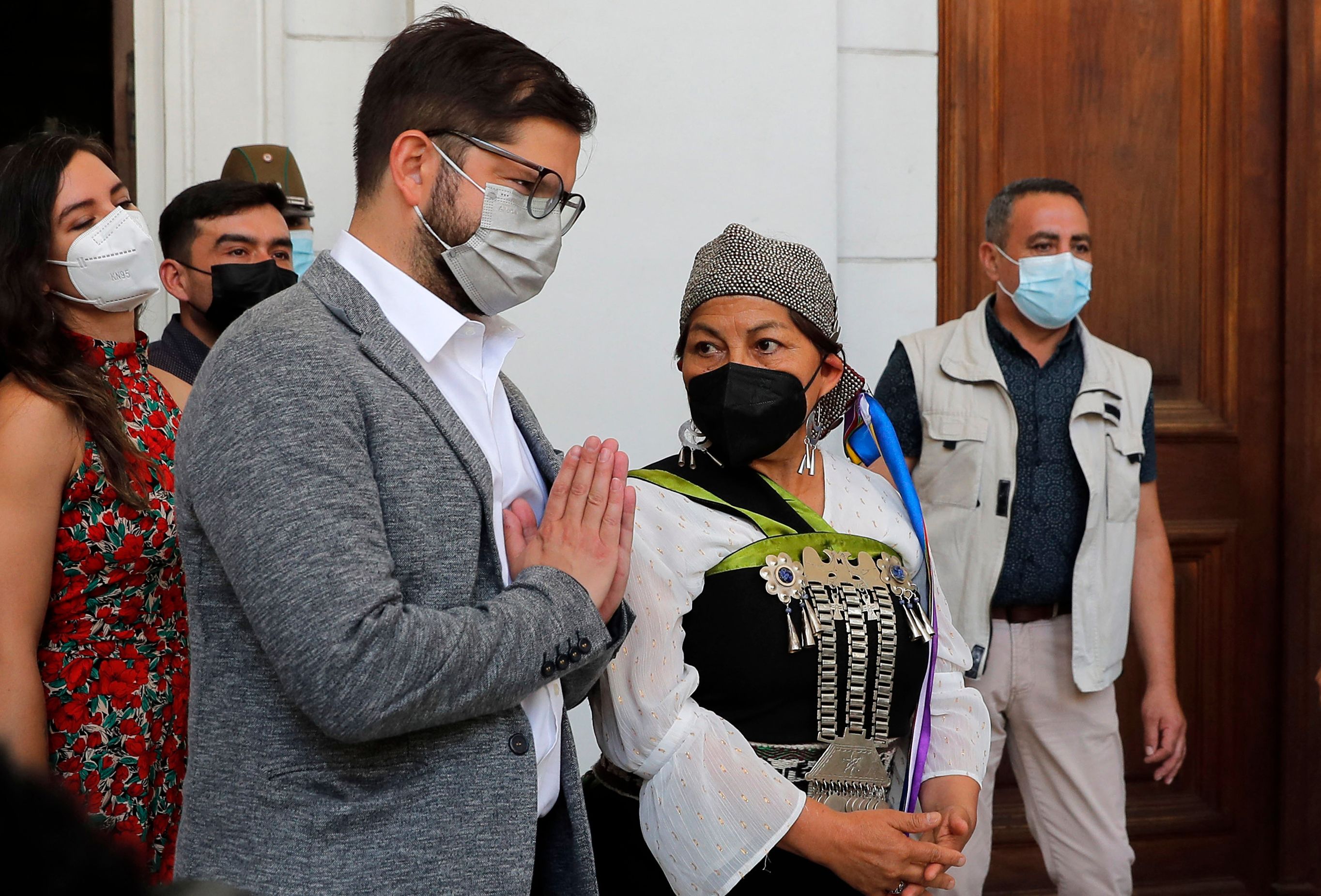 When the Chilean Constituent Convention reaches six months this Tuesday – half the maximum period it has to draft a new Constitution – it will renew the directive currently led by the Mapuche academic, the independent leftist Elisa Loncon. The election of the presidency and vice-presidency is an important election for the internal forces in this body that is entering a crucial phase. The different commissions finalize the presentations of their proposals around the topics on which the work has been organized –as a form of the State, fundamental rights or popular participation–, so that the plenary session of constituents starts in February with the voting of the norms. It is a key period and the coalition of the new Government of Gabriel Boric, which takes office in March, seeks to remain with the presidency, with the candidacy of Beatriz Sánchez, who was the letter of the left-wing bloc for La Moneda in 2017 and that Boric himself drove four years ago.

The calendar is narrowing and it seems impossible for the work to be extended, because the conventional ones will have to have the text ready at the beginning of July 2022 and take a plebiscite in the second half of this year, on a date that has not yet been defined. The Broad Front has the vice presidency in its hands, with the lawyer Jaime Bassa, but in this new stage it aspires to the highest position of the convention. It is a powerful signal from the president-elect, who in a recent visit to the Convention – in his first institutional visit after the victory on December 19 – assured that he did not want a “partisan” convention at the service of his Government.

The Broad Front’s commitment, however, makes it clear that Boric seeks to keep the Convention close and does not want to run the risk that the body will rotate in a separate orbit and even against the next Executive. Because Sánchez, one of the powerful faces of the formation, has in parallel a great closeness with Boric and enjoys his political confidence, so it is unthinkable that this bet was made without the consent of the president-elect.

It is, in turn, a risky move, because her election is not assured, although Sánchez is one of the strongest candidates. In an organ where different left groups predominate and where the right does not reach even a third of representation, it is not the only one in the race. Various conventional women – because there seems to be a certain consensus that a woman will replace Loncon – aspire to the presidency of the constituent in the remaining six months of work.

From the start, the partner party of the Broad Front to reach the Government, the Communist Party, seeks the triumph of Bárbara Sepúlveda, a lawyer from its ranks who is part of the new generation of militants, such as Camila Vallejo (almost certain letter to reach the Government) and Karol Cariola (a deputy who could become president of the Chamber in March). The socialists, meanwhile, push Ramona Reyes, while the center-left independents grouped in the No Neutrales platform have Patricia Politzer, a journalist, as their candidate. The independent scientist Cristina Dorador also applies.

These forces have been precisely the ones who have criticized the possibility that the presidency of the constitutional convention remains in the hands of a militant of the Broad Front, because independence from the Executive would be at stake. “What corresponds is that the constituted power is separated from the constituent power. The president and vice president of the table [directiva de la convención] They should be from other coalitions to that of the President of the Republic, so that this distance is maintained, ”Benito Baranda, a conventional non-neutral, assured in the week.

In the presidential campaign, Boric was installed as the figure who, unlike his opponent, the right-wing José Antonio Kast, guaranteed the success of the constituent process. When he takes office on March 11, the convention will be voting on the rules. The leftist’s government program needs the new Constitution for fundamental reforms, such as health or pensions, especially considering that Congress is practically tied and Boric does not have a majority.

Register here for the EL PAÍS América newsletter and receive all the information keys on current affairs in the region.

Sue Gray: The cat-loving former pub landlady behind the No 10 inquiry parties

No 10 prepares for Sue Gray report to be published