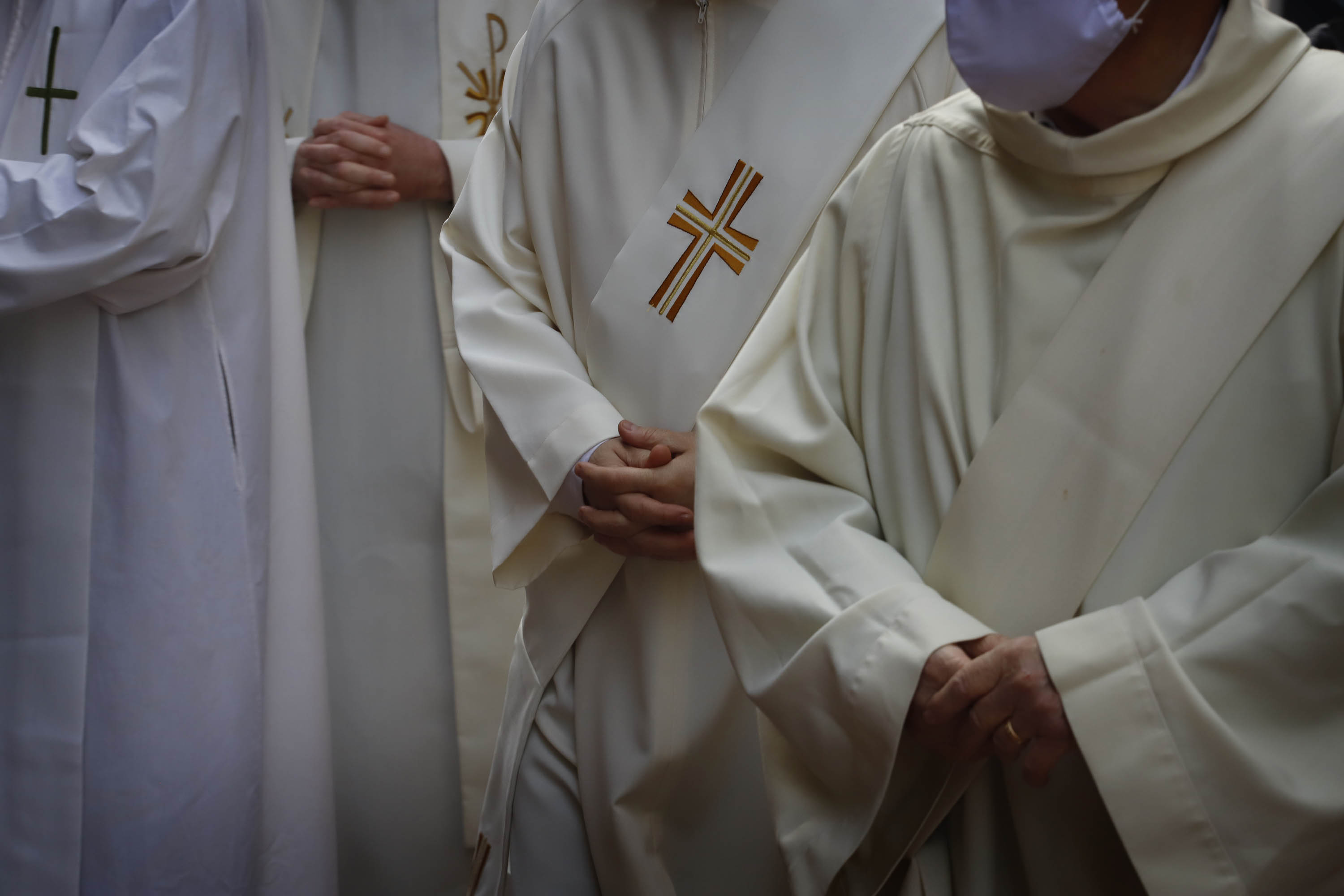 The bishops began a week of spiritual exercises this Sunday with the intention of taking time before deciding how they are going to deal with the investigation proposed by the Government into cases of sexual abuse within the Spanish Catholic Church. They already have a calendar. The next days 16 and 17 meet the nine members of the executive commission of the Spanish Episcopal Conference (CEE); at the beginning of March the permanent commission will do it, in which all the cardinals and archbishops are, in addition to the most influential prelates of the organism, until adding a long twenty, and in April they will celebrate the usual spring plenary assembly.

The House of the Church, on Añastro Street, observes the rigorous silence required by the Ignatian Spiritual Exercises throughout this week. Never so timely, to avoid making statements. This year they have chosen the Jesuit Darío Mollá Llácer, a specialist in spiritual accompaniment, to direct them. In 2006, who did it was the then Cardinal Archbishop of Buenos Aires, Jorge Bergoglio, also a Jesuit, today Pope Francis. The truth is that the phones of the prelates are turned off, including that of their spokesman and general secretary, Luis Argüello.

If you follow the rules of Ignacio de Loyola, the founder of the Society of Jesus, the preacher Mollá Llácer will have already reminded you of the Fifth Rule for the First Week, that is, “in times of desolation never move, but be firm and constant in the purposes and determination in which he was the day before such desolation “.

Desolation is the word. And outrage. Several prelates have spoken before shutting themselves up in Añastro. The general tone is critical. They believe that a “political use” of clerical pederasty is being made. Argüello, the episcopal spokesman, gives his opinion: “The interest is not in healing the victims, but in attacking the Church. We are witnessing a use of this situation: a media use, a political use in these last hours. We are concerned. Not only because of what affects the life of the Church and without addressing the problem of abuse in society as a whole; but, above all, because it seems especially painful to us that the situation of the victims could even be used in the political dispute, in the confrontation proper to Parliament or to Spanish social and political life”. He said it in Rome, after his meeting with Pope Francis, at the end of the visit ab limit that the Spanish bishops have carried out before the Pope in the last two months. Later, already in Spain, he clinched in this tweet: “When public opinion is more important than the truth, trust breaks.”

Of the same opinion is the bishop-elect of Orihuela-Alicante, José Ignacio Munilla, whom the Pope has evicted from the bishopric of San Sebastián after numerous clashes with priests and faithful of that diocese. “It does not seem that the interest pursued is the protection of the victims,” ​​he declared after Congress admitted a proposal to investigate sexual abuse in the Church.

It is a very common position among the conservative hierarchy, the idea of ​​”and you more”. Theologian José Ignacio González Faus gives an answer, shocked. “Clerical pederasty is not the only one that exists but only a small part, even if it is the most serious and most scandalous: because the Church must be demanded more than anyone else and she herself must be demanded more than anyone. Juan Pablo II, trying to hide the atrocities of Marcial Maciel [el fundador de los Legionarios de Cristo]did almost as much damage to the Church as that degenerate.”

A request from Francis

It has been Francis who has urged the bishops to carry out their own investigation or accept the one produced by civil authorities. The Cardinal Archbishop of Madrid, Carlos Osoro, has expressed himself in this idea. He does not see any inconvenience to an external investigation, although he claims that it be “from the truth and in all areas.” Of the same idea is the archbishop of Toledo, Francisco Cerro. “The Church must seek the truth, especially thinking of the victims, but the investigation must also be applied to other realities,” he said in statements to Cadena Ser. The Cardinal Archbishop of Valladolid and former president of the CEE, Ricardo Blázquez, attached to the more moderate sector of the episcopate and clearly in favor of Pope Francis, he assumes that in the fight against abuse “we are all late”.

The desolation of the episcopate has another aspect: the criticism of many of its faithful. The Christian Networks organization has already raised its voice, which brings together two hundred groups, among others the Forum of Priests, Popular Churches and We Are Church, but it has been among the theologians where the loudest voices have sounded. José María Castillos, a former Jesuit and friend of the Pope, has written this in Digital Religion: “For whatever you want, bishops, do not give any more reasons to speak against the Church. Do your decisions resemble the way of life that Jesus commanded you? If our bishops are bishops because their reason for being in the world is to make the Gospel present, isn’t what we are enduring in Spain with the episcopate that we have a more serious scandal than we think?