Skip to content
Home News The Biden administration reacted poorly to questions about ISIS and Russia. That is worrisome 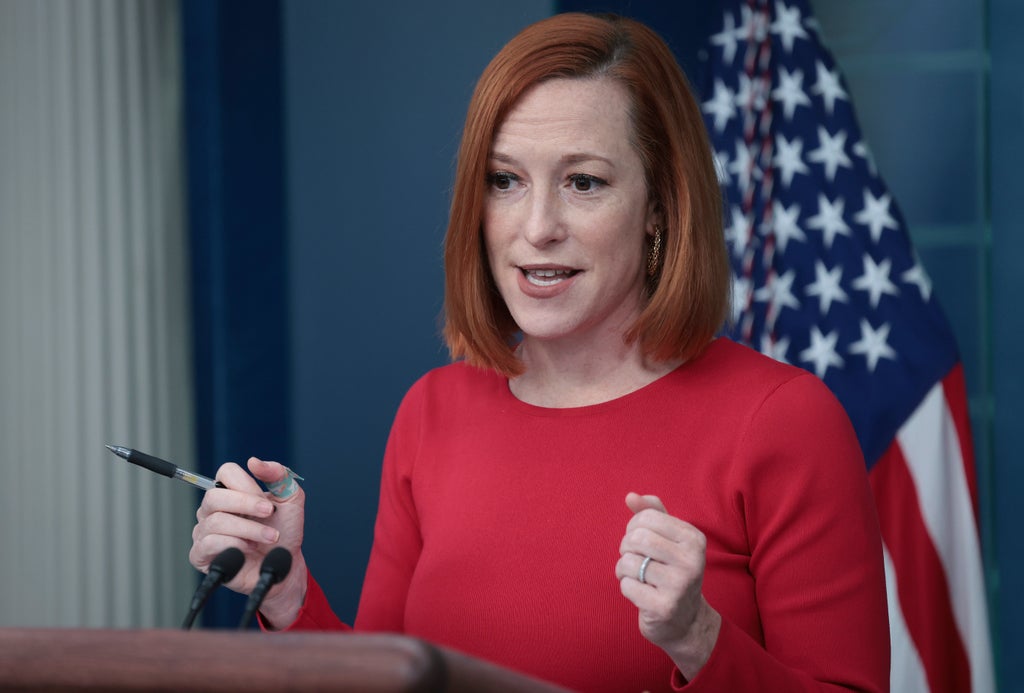 After 9/11, George W. Bush famously said in a joint address to Congress: “Either you’re with us or you’re with the terrorists.” For a nation afflicted by the worst domestic terrorist attack in our nation’s history, most of America acquiesced in some of the most absurd ways, from criticizing the then-Dixie Chicks to changing the name of French Fries due to opposition. from France to Iraq. War.

Of course, that line in the sand allowed the Bush administration to send the nation to war in Iraq with unsubstantiated claims that Saddam Hussein had weapons of mass destruction. Bush may be out of office and best known for dog paintings of him these days; Similarly, Secretary of State Colin Powell and Secretary of Defense Donald Rumsfeld may be long gone, but the legacy of their lies, of service members who were killed or seriously injured. to the Iraqis who saw their country shattered, will live on long after he and Dick Cheney are in their graves.

Anger and frustration over the continuing lies about Iraq being spread by a Republican White House was part of the reason Americans elected Barack Obama president. But on Thursday, the Biden administration looked more like the White House of 2002 than 2022 when asked about two separate parts of his foreign policy agenda.

During a press conference aboard Air Force One, NPR reporter Ayesha Roscoe asked if any evidence would be released verifying that Isis leader Abu Ibrahim al-Hashimi al-Qurayshi detonated an explosive device to kill himself during a raid. of US forces in Syria this week. Roscoe said it was important to ask because “there may be people who are skeptical about the events that happened and what happened to civilians. [in the area].”

See also  Want kids to love gardening? Give them a job, seeds, a pass

This is a completely valid question. It is also particularly pertinent, considering that the US military lied about such attacks last year, when forces carried out an ill-fated drone strike in Afghanistan. The public was then told that the attack took out an Isis-K target; Only later did officials admit that the attack killed 10 civilians, including a man who worked for a US aid group that provided food and assistance to refugees.

Those deaths should have created some humility in the Biden administration, perhaps even a desire to seem especially open about making the evidence available to the public. Instead, Psaki seemed incredulous that an American reporter would ask such a thing. She responded by saying, “Are you skeptical of the US military’s assessment when they went and took out an Isis terrorist, the leader of Isis?”

Psaki acted outraged that anyone would dare to question the actions of the US military, as if there wasn’t a long and sordid history of government officials lying about military conduct. Instead, he emphasized that US forces killed an Isis terrorist leader, as if to dare Roscoe to ask again. His goal was to falsely pit the search for truth against the bravery of US forces, making it appear that simply asking for evidence suggested a lack of patriotism.

Psaki’s response to Roscoe would have been disturbing enough. But how the washington post Felicia Sonmez (who, full disclosure, is a colleague and friend) tweeted, journalists also repeatedly asked State Department spokesman Ned Price seeking evidence that Russia planned to create a false flag propaganda video as a prelude to the invasion of Ukraine. Instead of not commenting or just telling the truth, Price replied that “if you doubt the credibility of the US government, the British government, other governments and you want to, you know, take comfort in the information that the Russians are publishing. , that is for you to do.

Once again, this is the Biden administration dealing with false equivalencies. It is quite possible to be worried about Russia’s aggression, or to take it for granted that a horrible figure like al-Qurayshi is dead, without blindly taking the government’s words at face value.

Rather, asking questions and being able to challenge the processes of our government makes America’s form of government far superior to Vladimir Putin’s Russia or ISIS. While those organizations seek to quash dissent, the US Constitution trusts citizens enough to allow them to question what their government says or does on their behalf, and there is no power more astounding and controversial than their ability to kill other people.

The fact that the United States has a military so powerful that it can annihilate combatants in seconds requires solid research and a strong, free press.

In the years since the start of the War on Terror, Americans have become understandably skeptical of any kind of foreign intervention. Even if Putin is legitimately invading an ally like Ukraine or if a known terrorist continues to wreak havoc, that excuses the government from accountability.

Similarly, Americans have come to realize that canceling the Chicks (since they recently changed their name to drop the Dixie moniker) was wrong, and that their stance on the Iraq war was correct. And those Liberty Fries? Walter Jones, the congressman who renamed the fries in the House cafeteria, came to regret his vote for the Iraq War and wrote letters to the families of soldiers who died in combat before his death in 2019.