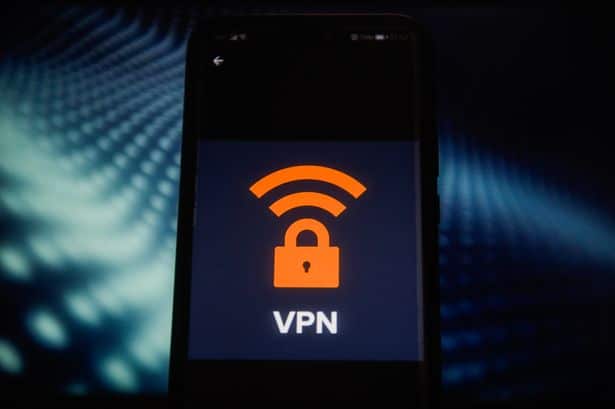 Virtual Private Networks, or VPNs, can be confusing to understand but they are incredibly important when it comes to digital browsing, sharing and overall online safety.

There are various VPN providers in the UK all claiming to offer the best service for day-to-day digital activities so it can be hard to know who to go for and what actually makes a good deal.

With this in mind we’ve done the hard work for you and rounded up the best VPN (2022) deals and pitted some of the biggest providers against one another to find out which is the best. Scroll down to see the list which includes ExpressVPN, NordVPN, Surfshark and more.

Before we delve into the VPN services and what each can offer you may be wondering just exactly what is a VPN, what does it do and why is it so important to have?

What is a VPN?

VPN stands for Virtual Private Network and essentially it’s a software that extends a private network across a public one, enabling users to send and receive data safely.

It creates a secure, encrypted tunnel for traffic whenever you head online. So if you’re using a busy public Wi-Fi network, like those in coffee shops and airports, a VPN will shield your online activity and prevent other users from intercepting any of your data.

Using a VPN at home will also stop your internet service provider (ISP) from snooping on your online activity too, as well as allowing you to manually switch to another service, allowing you to change or hide your IP address.

Users also rely on a VPN to keep their internet history hidden, almost acting as a version of the Incognito Mode found in Google Chrome.

So in short it helps hide your IP address and keep your identity safe online when you’re using a public Wi-Fi network.

For those who don’t know, an IP address is assigned to your device whenever you connect to the internet and contains information on your location.

What can I use a VPN for?

A VPN can not only be used to keep your data safe and private, but it can also allow you to make payments online safely, watch content that you wouldn’t normally be able to and restrict who has access to your data.

But with a VPN you can manually tweak your IP address so if you want to access HBO Max you can by changing your IP and making it appear as though you’re on holiday in the US.

It also means that logging on to apps like Netflix in another country on a VPN will allow you to watch programs available in that country too.

And it’s not just the perks of streaming or downloading entertainment, there’s the huge aspect of privacy that a VPN offers as well. The VPN’s encryption service has the ability to hide your data from internet providers, social networks, and other online services.

VPN services are a powerful way to block any attempts to steal your data, especially when making payments or checking your bank balance on a public Wi-Fi network.

You’ll want to seek out a VPN in the UK that’s good security alongside great streaming performance and swift connection speeds.

Express VPN has been voted as one of the best among tech reviewers for its combination of simple yet powerful apps (meaning it can stay up to date with streaming apps that may look to block VPNs), good security and connection speeds.

The VPN service says it can do it all – streaming, location spoofing and keeping you anonymous online. It’s now available with three months free. It also comes with 24/7 customer support and a 30-day money-back guarantee.

The ExpressVPN has a five device limit but offers apps to install on your Wi-Fi router, ensuring that every device that connects to your home Wi-Fi network is protected by the VPN.

See also  Beate and Serge Klarsfeld, the story of the most famous Nazi hunters comes to the comic

Opting for their one-year plan will unlock 15-months dropping the monthly cost down to £5.08. Get it here.

NordVPN may be recognizable from TV ads and sport sponsorships.

It’s a popular option due to it boasting the best mobile apps on any VPN list, with availability on iOS and Android, making it easy for newcomers to get connected for the first time. If you’re a little unsure about VPNs, NordVPN makes it simple to find a server from around the world and change your location.

Frequently-visited countries will always appear at the top of the app, making it simple to jump back into your favorite series on US-only Netflix, for example.

NordVPN allows subscribers to connect six different devices at the same time, and installation is available directly onto you WiFi router. It also has 60 countries worldwide to choose from, covering the most popular destinations.

NordVPN is currently celebrating its tenth birthday with a guaranteed freebie for everyone who signs up, so taking out a new subscription will put you in a ballot where you’ll win either one-month, one-year or two years extra subscription time for free .

There’s a 67% discount for new subscribers on a two-year-plan and paying upfront will reduce your monthly bill to £2.89 a month. Find out more about their deals here. Like Express, there’s also a 30-day money-back guarantee and 24/7 customer support.

Surfshark has unlimited connections on one plan and also boasts excellent speeds and top-class content unblocking. Their cheapest deal comes in at just £2 a month.

Reviewers have found that when using Surfshark unblocking BBC iPlayer along with Netflix and the rest, it performs better than a number of more expensive services. Also, this unlocking ability is clearly advertised on its website, meaning as a business Surfshark should be committed to maintaining users’ access to content.

It’s popular due to being able to login with an unlimited number of devices. It also boasts a wide variety of apps, including iOS, iPadOS, Mac, Windows, Linux, Android, Amazon Fire TV Stick, and more.

There’s a 30-day money-back guarantee and 24/7 customer support too.

CyberGhost claims to be the best VPN overall with excellent speeds and strong privacy features, plus unblocking capability and torrenting support.

Users who go for this VPN can use it on seven devices, across 91 countries and there’s also a 45-day money-back guarantee. The Romania-based provider has a huge range of servers worldwide, virtually guaranteeing users a decent connection wherever they are.

Customers who have reviewed this have praised their filtering system. So if you’re looking for a server that’s best suited to, say, streaming Netflix, you can filter servers to only display those that will deliver the best Netflix experience. Their cheapest deal starts at just £1.59 a month for three years, or £2.95 a month for one year or £9.99 for a one month trial.

They are also based in British Virgin Islands, just like NordVPN and ExpressVPN, to avoid any data retention laws forcing it to store information on its customers about what they’re doing with the service, how long they’re connected, their real IP address , and more.

The difference with Proton is that it offers a free subscription. However there are limitations on the free account to ultimately encourage you to sign up to a subscription.

The free account only has access to three locations, the United States, Japan and the Netherlands. ProtonVPN doesn’t limit the amount of data available to free subscribers. So, you can stream gigabytes of data via its encrypted connection without any penalty.

ProtonVPN has a number of apps available, including iOS and Android, Windows and Mac, and popular streaming gadgets, like the Fire TV Stick. They also have strict data protection policies, with pledges not to log any information about your online activity.

Their VPN is free but they also have ProtonVPN plus which gives users access to more devices and locations. This starts at £6.60 a month.