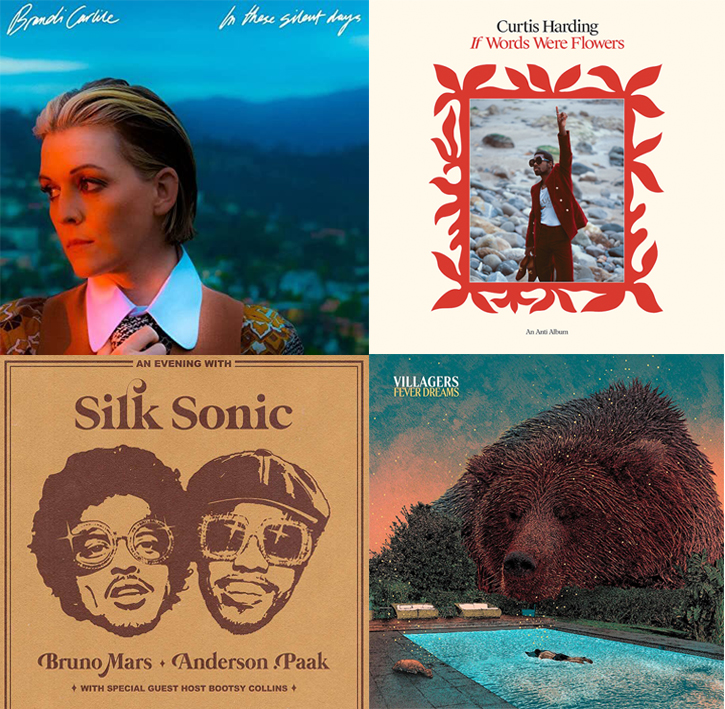 Like every year, the list of the best albums arrives. On this sound route I never tire of repeating it every season: this is a classification that is not at all scientific and is very personal. In this way, this list does not seek to establish a chair or mark any trend. It responds, solely and exclusively, to my personal tastes, trying to order what I consider to be the albums that I liked the most of this 2021.

It should be noted that I tend to be very messy for this type of review and I always leave an album on the way. Records that I could not listen to despite the intention, or that I listened to, but, when making selections, I end up including them. But I don’t think it’s something tragic. After all, the end of the year list is, honestly, a simple orientation and, above all, a mere diversion that allows us to set an annual guideline. It also allows us to discover things or re-listen to albums that may have been listened to without much attention. And, above all, it allows us to continue sharing music, which is, in my opinion, the most important thing.

Like other years, this list of La Ruta Norteamericana is made up of the 20 albums that took the most from me, without needing to be better or worse than others. They have to be 20, the number of other courses, and, in this sense, several have to be left out that could be included without problems. I think now, for example, of the records of The Black Keys, Lana del Rey, Amyl & the Sniffers, Paul Weller, Robert Plant & Alisson Krauss, Nick Cave & Warren Ellis, Billie Eilish, John Hiatt, Jason Boland, Greentea Peng, Sleater-Kinney, Julien Baker, Sturgill Simpson, Teenage Fanclub, The Fratellis, Neil Young, The Hold Steady, Jesse Malin, Leon Bridges, Steve Gunn, The Felice Brothers, Israel Nash, Dean Wareham or St. Vincent.

I said, this list of the best of the year for The North American Route is not scientific at all. It is simply a personal list, from the author of this column, with the sole objective of helping to meet records and artists or revisit those chords that filled us in this last year, that accompanied us on our travels, our sleepless nights or our moments more alive.

DISCS OF THE NORTH AMERICAN ROUTE 2021

2. Curtis Harding – If Words Were Flowers

4. Brandi Carlile – In These Silent Days

6. The War on Drugs – I Don’t Live Here Anymore

7. Valerie June – The Moon and the Stars

15. Kings of Convenience– Peace or Love

17. Nathaniel Rateliff and the Night Sweats – The Future

19. Pokey Lafarge – In the Blossom of Their Shade

THE OTHER LISTS FROM OTHER YEARS