Skip to content
Home News The best kept secrets and the most curious anecdotes about the Christmas Lottery Draw: do you know them? | Society 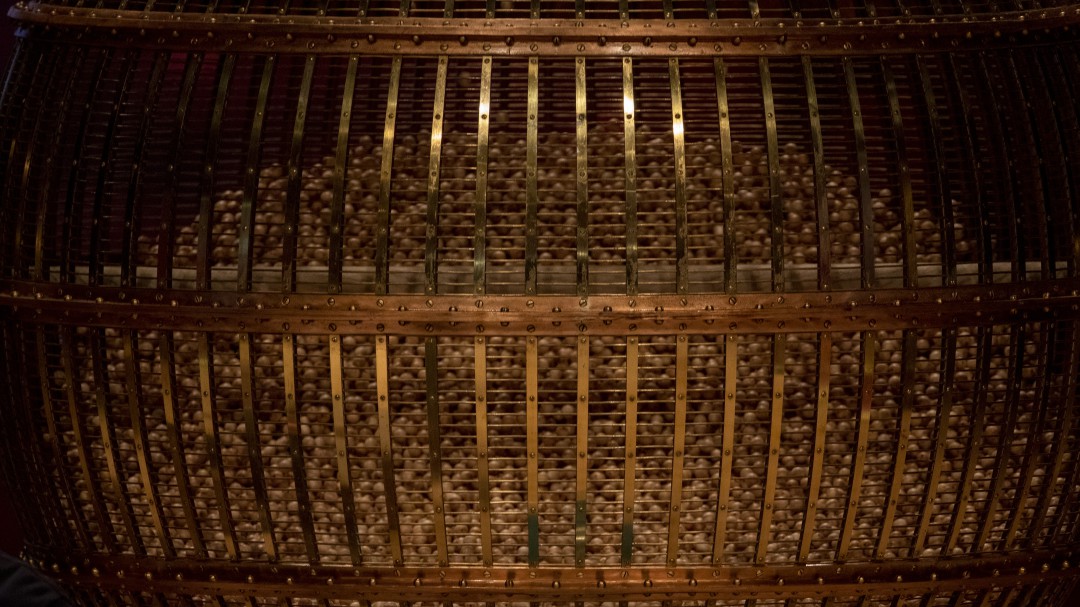 December 22 is approaching and as every year the Royal Theater of Madrid will host the traditional Christmas Lottery Draw. The drums that make the balls spin with the numbers are already installed in the enclosure awaiting the arrival of next Wednesday.

Starting at approximately 9:00 a.m., the raffle will begin with the expectation of millions of citizens who wait for the departure of El Gordo and see where it falls. 2021 has also been a year in which we have seen long queues at the administrations.

To buy tickets at one of the best-known points of sale, Doña Manolita in Madrid, long queues formed that stretched the waiting time to 5 hours some days. And it is that next December 22 will distribute 2,408 million euros in prizes.

Curiosities: everything you do not know about the Giveaway

Neither the Civil War nor a global pandemic as recently caused by COVID has managed to win the Sweepstakes, which has never been canceled. Furthermore, during the war two different draws were held: one for each side.

One of the controversial issues every year is that tickets with the number 00000 are reserved for the king. This is totally false, the number does exist, it can be awarded like any other and specifically this 2021 it has been sold in Cádiz, Logroño, Las Palmas de Gran Canaria, Murcia and Manises (Valencia).

See also  EXPLAINER: What is the meaning of 'most favored nation' status?

What is the most graceful ending for ‘El Gordo’? And the least?

The completion of a tenth is one of the factors that helps us decide to buy it or not. There are many customs that exist: those who look for 7 because it is the lucky number, 5 because in theory it is the most graceful for ‘El Gordo’ or 13 because it is the number of bad luck. Later, there are many people who always buy the same finish because it has a personal value for them.

But, is it true that 5 is the number that has closed the winning number in the first prize of the Draw the most times? The truth is that yes. Up to 32 times ‘El Gordo’ has won a number ending in 5. On the other hand, 1 is the least lucky, since he has only played 8 times.

In addition, each year some historical or outstanding fact marks the most searched number of the Lottery. This 2021 has been the 19921, which indicates the date on which the Cumbre Vieja Volcano erupted on La Palma. Last year was 14320, the day the COVID state of alarm was decreed.

Why don’t the bass drum balls bounce if they hit the ground?

This is one of the best kept secrets of the December 22 Giveaway. In 2019, while operators were filling the drums, two balls fell to the ground before the start of the draw. This is not the first time or the last, but people were surprised to see that the balls did not bounce.

See also  How many British troops could help Ukraine and where are they stationed?

And why is this? Very easy. The Raffle protocol establishes that the floor of the Royal Theater must be lined with carpet so that, in the event of an accident and a ball or the prize falls, they do not bounce and escape through the theater, thus avoiding their loss. Therefore, when they fall, they stay still and are very easy to locate.

What happened to the controversy about the ball that an operator introduced into the hype in 2019?

Without a doubt, the controversy that took place last 2019 was one of the most talked about in the history of the Christmas Lottery Draw. A video, which showed a Sweepstakes operator manually inserting a ball into the drum, began to go viral on social media and caused a stir in case he had cheated or somehow rigged the winning number.

But nothing was what it seemed. When balls fall out of the drum during the introduction of these, the protocol indicates that the operator in charge must introduce them manually. This was clarified by Loterías y Apuestas del Estado in a statement on social networks.