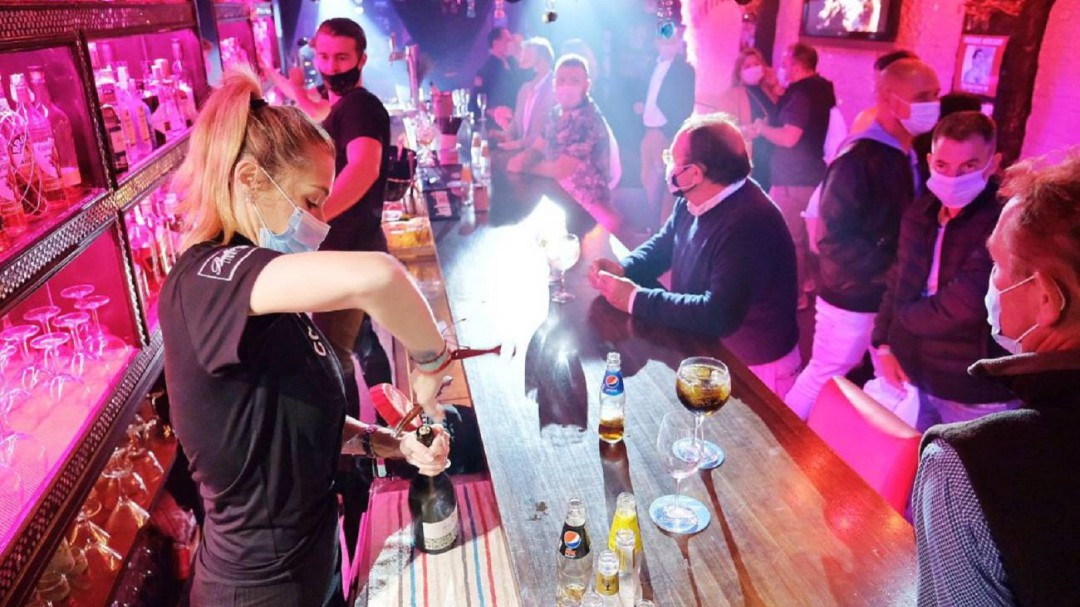 The Basque Government will not appeal to the Supreme Court the decision of the Superior of Justice of the Basque Country not to authorize the implementation of the covid passport to access nightlife venues and restaurants with dining rooms for more than 50 people.

The regional executive wanted that when the Basque Country has an incidence of the pandemic greater than 150 cases per 100,000 inhabitants in 14 days (today it is 300) it is necessary to show this certificate to access establishments that offer “leisure and dance activities” such as discos , dance halls, party rooms with shows, music bars and karaoke bars. He also wanted to require a passport in restaurants with an authorized capacity for dining places greater than 50 people.

The order of the Basque Superior published this Monday gives several arguments to deny the passport, among them the restriction of fundamental rights that it would imply and the high percentage of the number of vaccinated.

This ruling could be appealed in cassation before the Administrative Litigation Chamber of the Supreme, a court that already endorsed a similar measure in Galicia last month, but the Department of Health of the Basque Government has ruled out prosecuting this issue as it also did with a previous one decision of the TSJPV that allowed the reopening of the hotel industry in municipalities with a high incidence rate, contrary to the criteria of the Basque Government.

The Executive of Vitoria has shown its “surprise and misunderstanding” by the car this Monday, since it proposed measures that in other autonomous communities are considered good -as in Catalonia, the Balearic Islands and Galicia where this certificate is already implanted- while in Euskadi “it is considered that they violate fundamental rights”. He regrets that the possibility of taking preventive measures to stop the spread of the pandemic is being restricted and warns that “Euskadi cannot wait” for “levels that put the health care of Basque citizens at risk, with a high pressure on hospitals and ICUs, and with the death toll growing. “

The Department of Health refers to some of the reasoning of the Superior’s order, such as that the healthcare pressure is not as serious as in previous waves and responds that “it certainly is not now”, but that it is about ” prevent it from increasing “and potentially” compromising the system “. Regarding the court’s argument that there is a very high percentage of the target population vaccinated, 90%, with which the danger is minimized, the Basque Government explains that it had programmed the activation of the covid passport precisely to “prevent” the 10% conditions 90%.

In addition, regarding the TSJPV’s consideration that this measure should not be applied uniformly throughout the Basque Country, Health says that in the autonomous community there is a “high degree of internal mobility”, so the proposed measures should be applied “uniformly. to be effective. ” It refers to the fact that the Court considers that the measures proposed by the Basque Government violate the rights of equality and privacy, assembly, freedom of movement, artistic expression and creation and free development of the personality, the latter related to karaoke. . The Basque Executive defends against the fact that any vaccinated person or anyone who without being vaccinated has a recent negative PCR “has these rights guaranteed.”

The Basque Government also does not find sense that the COVID certificate should not be required in certain establishments just because such a document is not going to be required from their staff or those under 12 years of age. Finally, it defends that, as requested by the court, it has based its consultation on medical and epidemiological reasons for the limitation of fundamental rights.

See also  Netflix: 'Reasonable Doubt': the foot of the one who limps the justice of Mexico