Skip to content
Home News The Autonomous Communities continue to report a record of infections in the middle of Christmas, but hospital pressure is contained | Society 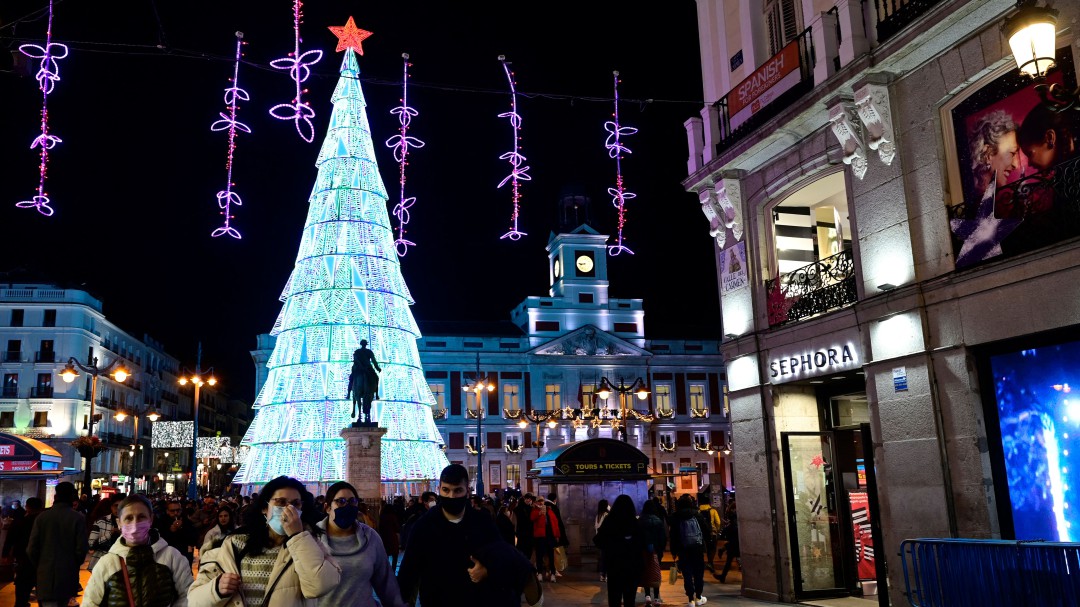 The autonomous communities continue to report maximum peaks of coronavirus infections in full expansion of the omicron variant, with Catalonia, Navarra and Galicia leading this Saturday in a record of positives and that, together, add up to more than 22,000 new cases throughout Spain.

After a week in which the majority of territories have registered records of infections every day, the counting of new cases continues in the middle of Christmas, in the light that during the holidays not all communities report statistics and that those that do do not count with full data as the process slows down.

The sharp escalation in transmission in Spain, with daily highs since the beginning of the pandemic, began to occur on Monday, with 49,823 cases, while on Tuesday they rose to 60,041 and on Wednesday to 72,912, waiting for Health to count. the weekly total with statistics from Thursday to Sunday for all territories.

Catalonia breaks record with the strictest restrictions in Spain

Catalonia, a community that has established the strictest restrictions such as the return to curfew, has reported 17,051 new cases and a rise in incidence to 1,424 points (160 more than yesterday). There are 1,344 people admitted for coronavirus in Catalan hospitals (yesterday there were 1,359 and a year ago 1,643), of which 376 are in intensive care units, which maintain the pressure above 30%.

Yesterday, the Primary Care Centers (CAP) attended 41,523 visits, thus maintaining the healthcare pressure at twice that of the same date last year. Although this figure has been exceeded on other occasions, such as July 12 with 47,992 patients.

Navarra doubles the infections since Monday

Navarra has reported that cases have doubled in the community since Monday, after registering a new record of 2,003 on the last day.

In Galicia the positives confirmed by test rise to 3,019, 511 more than the previous day, while Extremadura has not offered statistics for the last day, but the accumulated since the beginning of the week, so that this week it reaches the maximum of all the pandemic, with more than 8,000 infected.

In the Canary Islands, the incidence in the last fourteen days per 100,000 inhabitants has exceeded a thousand cases for the first time since the pandemic was declared – more than 6 percent of the population has been infected – and 2,287 additional infections have been detected.

Ceuta has confirmed that it exceeds 1,000 cases of cumulative incidence at 14 days and that it adds 59 new positives, with 510 active cases.

Meanwhile, with the arrival of December 27 a year since the start of vaccination in Spain, citizens continue to go to the inoculation at the last minute in full explosion of cases, since Health highlights that the data support that the risk of hospitalization is it reduces in some age groups to 15 times less with antidote and to 18 less that of death. Since December 1, more than 330,000 undecided or reluctant to the antidote have joined the double dose process. Calculated as of October 1, they represent more than a million new vaccinated.

In Spain there are 37,832,328 citizens -79.7% of the total population- with the double dose, while Health estimates that people who do not complete the vaccination regimen account for only 3.9%. Among children from 5 to 11 years old, the vaccination rate with the first dose has already reached 20% (more than 700,000) since it was opened on December 15 to children.

As for the extra dose inoculation schedule – which began in September with vulnerable groups – it continues apace and has intensified in recent weeks, also incorporating citizens aged 40 to 59 years. More than 12 million extra -additional or reinforcement serums have already been pricked, so that 85.9% of those over 70 have it, as well as 67.5% of those in their sixties and 57.1 % of those vaccinated with the Jannsen single-dose, for whom an additional prick of a messenger-RNA vaccine (Pfizer or Moderna) is prescribed. 19.7% of citizens from 50 to 59 years old already have the extra reinforcement puncture, as well as 12.6% of people from 40 to 49.