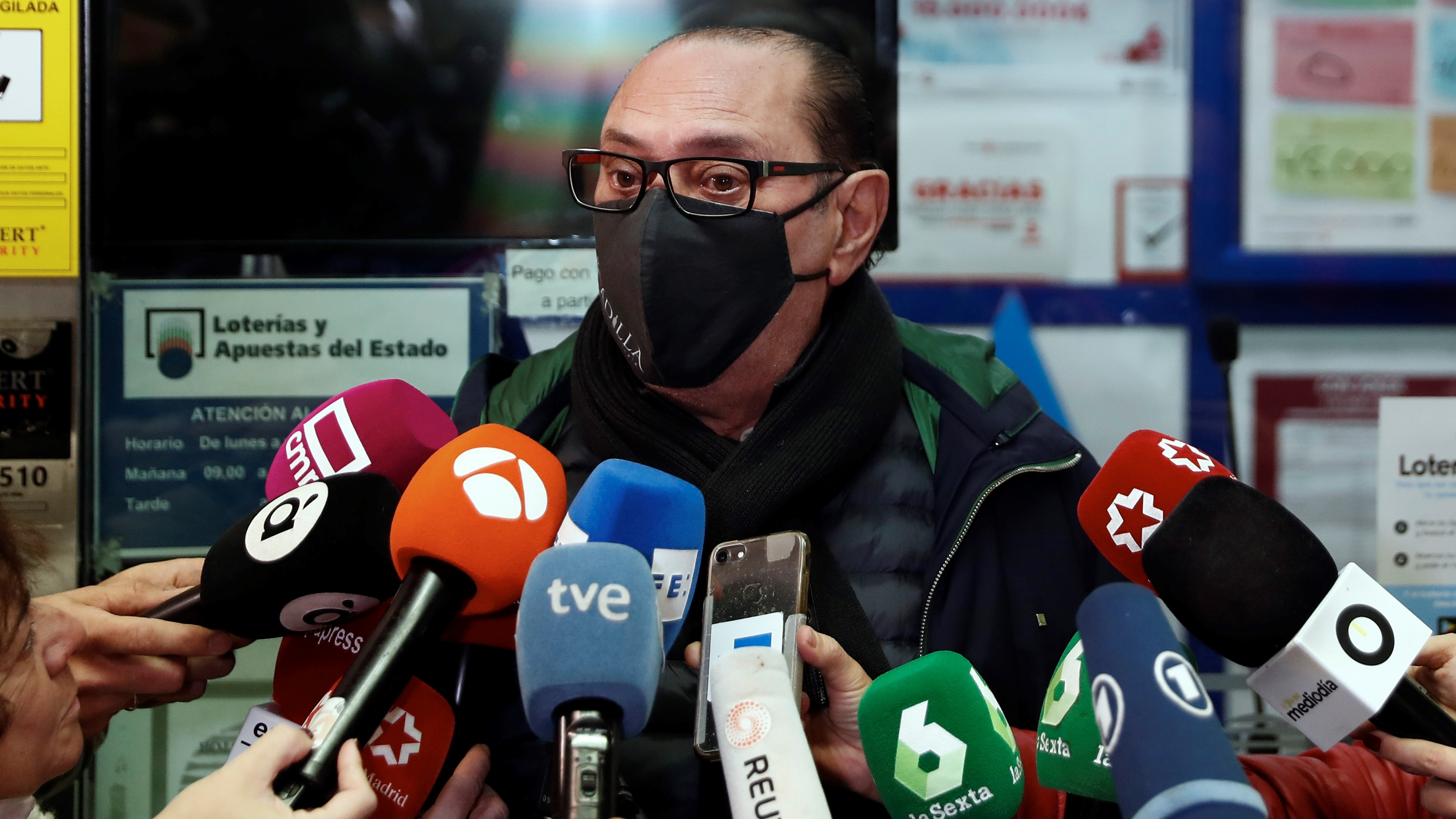 This year the El Gordo from the Christmas Lottery has traveled by train. The Atocha AVE station administration has sold 129 series of the 86148 at the window, about 530 million euros, most of which have gone to the thousands of passengers who pass through here every day. “He will have gone all over Spain”, said Javier Moñino, an employee of this administration who has been “overwhelmed” and “very excited” for having distributed the first prize.

The history of this administration is deeply linked to that of high speed. It opened 25 years ago, shortly after the first AVE line, the Madrid-Seville line, as explained by Javier García Moya, administrator from its origins until just two weeks ago, when he retired.

“As the great bullfighters I like to go out the front door,” he pointed out shortly after learning that he had sold almost 1,300 tenths of the 1,700 of the winning number. The number “It has flown, or rather in this case, it has gone by AVE”, as he has counted. His family already had a lottery administration in Fuenlabrada, but they saw the opportunity to open in Atocha when high speed made its entry into Spain, with the 1992 Expo in Seville, and García remained there until last December 6, when transferred it to its new owner.

In addition to the travelers from Malaga, Valencia or Barcelona who pass through this station, El Gordo has also fallen among some RENFE train drivers and hostesses, they had bought it here. Other workers in nearby businesses acknowledged with “a bit of envy” having bought in the administration, but not the graceful number. “What a disgrace, I thought that tomorrow I was already retiring”, said with resignation a security employee of the AVE.

“There are familiar faces, but the vast majority are tourists”

That the millions have gone away is shown by the fact that no one will come to collect or celebrate it all morning. Yes, several clients have come to buy tickets, attracted by the crowd of dozens of journalists and cameras that crowded in front of the administration window.

“It must be lucky, let’s try”, pointed out a woman loaded with her suitcases, a few minutes before catching a train. As Moñino has recognized, many people come here to buy tickets in a hurry before getting on the AVE: “They come, they queue, and if they see that it is too long, they leave because they are in a hurry.”

“The clientele is very varied, there are familiar faces, but the vast majority are tourists “, has added. According to the former administrator, the award is “widely distributed” because no company has taken several series, but rather it has been the travelers who have been buying them.

Although they had taken a few tenths, neither he nor García Moya had bought any winning numbers, which has not prevented them from celebrating it with champagne “and in style”. This administration had previously sold a first prize, in 2007, and a fifth in 2014, although luck had not greeted them for a long time.

“I came to think it was jinx, I was amazed when I found out that we had sold El Gordo “, said, visibly moved, another of the administration employees, who since he started working in it had not sold a grand prize of the Christmas Lottery. lightning fast, shortly after knowing that they had distributed the first prize, they already had t-shirts on which you could read: “First prize sold here.”

For the tenths of the Christmas Lottery the term is three months, which starts counting from 6:00 p.m. on December 22, the day of the Extraordinary Draw. Once this period has passed, if you have not gone to collect your prize, you will lose it and you will not be able to do anything. You cannot claim your prize. In addition, the sooner you go, the sooner you will have the money at your disposal.