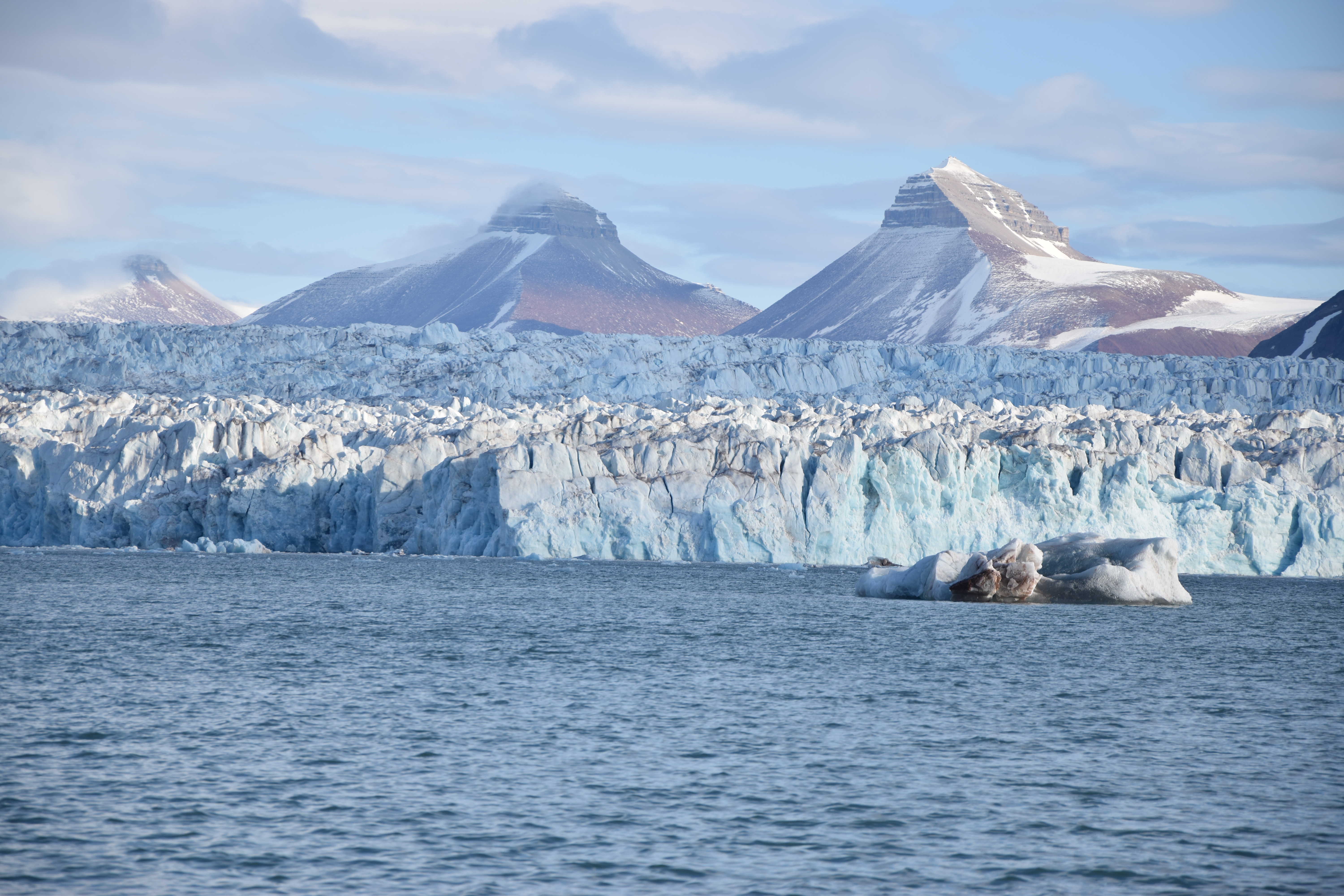 Since the beginning of the 20th century, the Atlantic Ocean has increasingly infiltrated the Arctic. Coming from the south and without the counterweight of ice, the Atlantic waters are warmer and saltier. This means that the frozen sea masses are accelerating their thaw, decreasing their extension more and more. This process joins the already known impact of global warming. Between the two phenomena, the Arctic region is warming at a rate twice that of the rest of the world’s oceans.

Climatologists knew that the Arctic has been warming more than the other oceans for at least four decades. This thermal amplification seemed related to the thaw itself. In summary, due to climate change, the annual advance of the ice in the cold months was decreasing while the retreat of the frozen layer in the warm months was increasing and more accelerated. The result meant less ice and for less time. This icy layer reflected, like a mirror, much of the solar radiation that is now trapped in very dark waters. And hence the extra warming of the region and all its regional and global ecological consequences. But this is only half the story.

In 2017, the magazine Science published a Russian-American investigation that showed how the Barents Sea (which bathes much of northern Siberia) had been changing its structure since the beginning of the century. The arctic seas, due to the low temperature and lower salinity (due to the contribution of fresh water from the thaw) are very static and stratified, there is hardly any vertical circulation. In the rest of the planet, seawater is like air in the atmosphere: differences in temperature (and salinity) are the fuel for currents. In the air it is called atmospheric circulation and it is the main protagonist of the changes of the weather. In water, it is called thermohaline circulation and it is what moves the waters on a large scale. The Arctic was almost alien. But that study of Science showed that the waters of the North Pole, pushed by the warmer and saline Atlantic waters, were moving. The phenomenon was baptized as Atlantification. Now, another work, this published in Science Advances, point to this Atlantification The Arctic is not from now, it has been in the making for at least a century.

“In 800 years, we observe that our records seem fairly constant. But suddenly, at the beginning of the 20th century, there is [un] marked change in temperature and salinity “

Tesi Tommaso, from the Institute of Polar Sciences of the National Research Council of Italy

An international group of researchers has reconstructed the last 800 years of temperature and salt in the Arctic Ocean. Specifically, they have done so at one of their entry gates: the Strait of Fram, which connects the Arctic and the Atlantic, leaving the Svalbard Islands to the east and the north coast of Greenland to the west. To find out how warm and salty the waters were in the past, they have relied on a series of very ingenious markers: a series of microorganisms (algae, archaea and protists) that have settled and fossilized over time. Each of these little beings behaves differently depending on how cold or hot the water is or how rich it is in salts. Drilling the bottom of the sea and glaciers, they took almost annual samples of these beings.

Overall, they observed great stability throughout the study period. However, between 1896 and 1917, they detected changes in all the microorganisms analyzed. In a group of archaea, sensitive to sea surface temperature, they observed changes in their cell membrane. Other organisms, some foraminifera that live at the bottom of the sea, pick up a sudden increase in the salinity of the water around the same time. And two other species of archaea, which accounted for 50% of the total records in the previous 800 years, almost disappeared, reaching just 2% in the first half of the 20th century. Everything indicates that the Arctic was ceasing to be what it was.

Researcher Tesi Tommaso, from the Institute of Polar Sciences of the Italian National Research Council and co-author of the study highlights the transformation: “In the entire span of 800 years, we observe that our records of temperature and salinity seem quite constant. But suddenly, at the beginning of the 20th century, there is this marked change in temperature and salinity, and it is very remarkable ”.

To the question of why this is occurring Atlantification of the Arctic, Tommaso replies that it is a difficult question to answer. They have a possible explanation, however, they lack evidence beyond circumstantial: “We do not have a model to support our hypothesis, but we have detected a strong correlation with subpolar dynamics,” he says in an email. It refers to the play of great North Atlantic currents, in particular the remnants of the Gulf Stream rising from the tropical seas and the subpolar gyre, a circular movement of water south of Greenland and east of the Labrador Peninsula. It is these waters, together with those of Barents and the Greenland Sea, that complete the circuit initiated by the updraft of the Gulf. “Specifically, we think that the progressive decline in convection [movimiento vertical por diferencias de temperatura] in Labrador, it leaves more heat in the oceanic mass moving north, ”adds Tommaso.

See also  Cheltenham Festival: one trainer, one jockey, one horse and one race to watch | Horse Racing News

The weakening of the ocean circulation had already been detected, however, it was supposed to be a matter of the last decades. The climatologist and co-leader of the Barcelona Supercomputing Center’s climate prediction group, Pablo Ortega, is one of those who recently verified these oceanic changes. “When we talk about past and future changes in ocean circulation, we tend to focus mainly on its weakening, but for certain aspects, such as the Atlantification, the redistributions of their associated currents are more important ”, he says. And he details it: “In the North Atlantic, for example, we have the Gulf Stream that transports warm and saline waters from the Caribbean to near the Atlantic coast of the Iberian Peninsula, where it branches and a continuous part towards the North seas. from where it reaches the Arctic. The Gulf Stream competes with the subpolar gyro circulation, which is a counterclockwise horizontal circulation that occurs in the higher latitudes of the North Atlantic and is especially strong near the Labrador Sea area. When the latter weakens or contracts, the Gulf Stream can gain ground and reach higher latitudes, increasing its influence in the Arctic. “

So the warming accelerated by the thaw is joined by the Atlantification. Tommaso recalls that “the recent amplification [térmica del Ártico] it is the result of the loss of the cryosphere that could reflect the energy, sea of ​​ice, snow and glaciers ”. What has happened is that humans, “basically accelerated the Atlantification natural that we show in this research ”. For Ortega, studies are accumulating that also point to human actions as agents of the weakening of the Atlantic circulation, “which would be taking place in response to global warming, and that this weakening [estaría] causing the new redistribution of the current system ”.