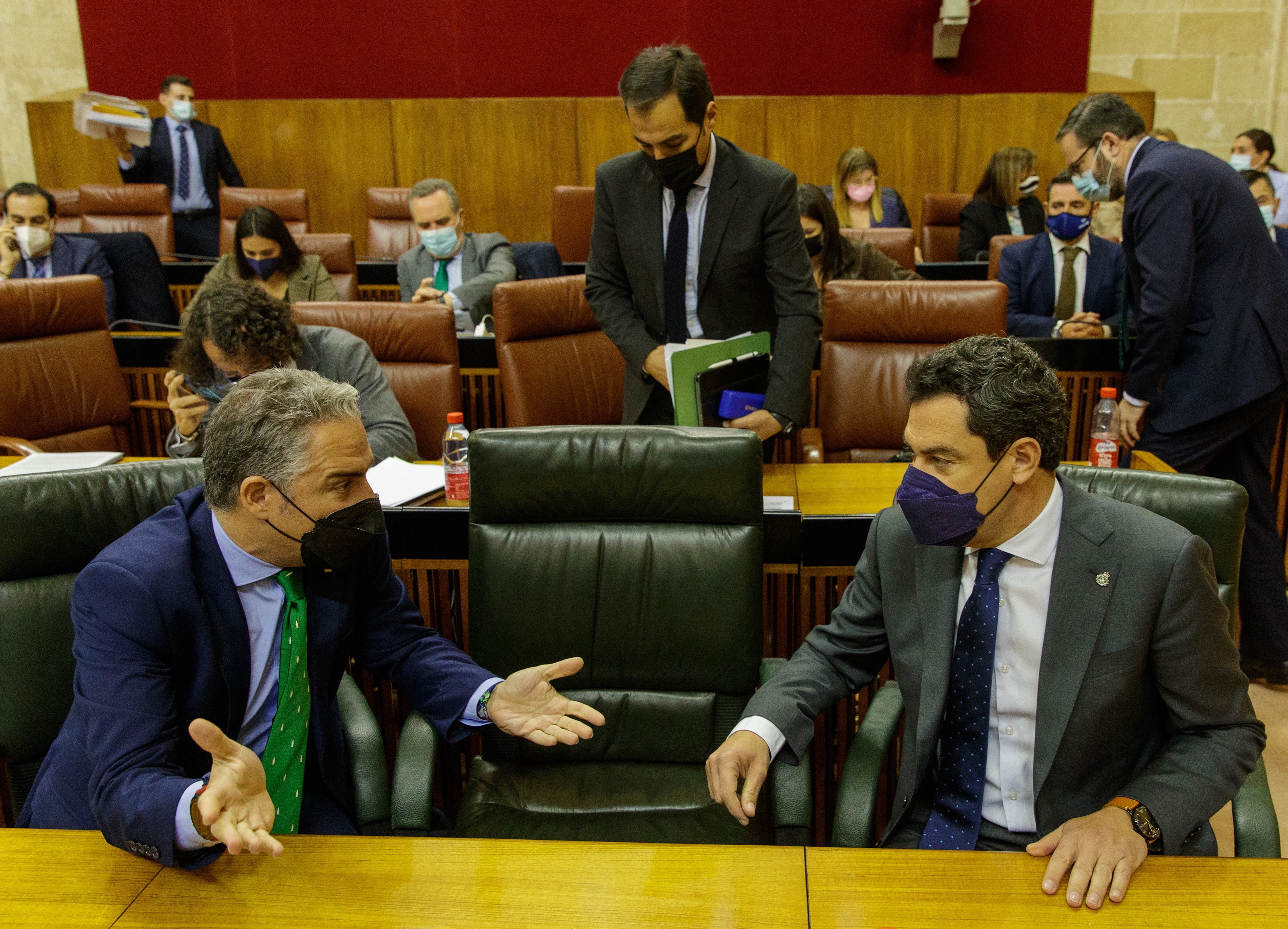 The Andalusian Parliament, with the favorable votes of the PP, Ciudadanos and Vox, and the surprising abstention of the PSOE, has approved this Wednesday to initiate the processing of a law that legalizes 1,605 hectares of red fruit greenhouses located in the surroundings of the National Park of Doñana (Huelva) and whose owners take water from the enormous and overexploited aquifer of 2,409 square kilometers that gives life to the nature reserve.

Nor the threatening letter sent by the European Commission to Spain in which it warns of million-dollar fines; nor the warning from the Guadalquivir Hydrographic Confederation that it will not authorize even a drop of water because there is none; nor the demand from UNESCO to the Government of Spain to close clandestine wells and provide information on this plan; Not even the letter from the Minister of Ecological Transition sent this Tuesday to the President of the Board, Juan Manuel Moreno, asking him to “desist” from a “harmful” initiative to a park declared a World Heritage Site in 1994 have managed to stop the first step to classify these hectares as irrigable agricultural. The opposition of all environmental organizations has not made a dent either.

The Andalusian Parliament has given the green light to two identical bills to legalize the strawberry fields: one signed by the PP and Ciudadanos; and another, by PP and Vox. The duplicity has nothing to do with the content, but with the sting that Citizens feel when they see his signature next to that of the ultra party months before the regional elections, despite the fact that he has agreed with him on three budgets, numerous laws and decrees .

But the fact that they have gone ahead does not mean that they will be approved, despite the fact that the proponent groups have requested that they be processed by the urgent route, which shortens all the deadlines by half. According to parliamentary sources, if action were taken with the stopwatch in hand, the proposal could be law in the first month of April, but the president of the Board already calculated last Monday that the debate will last for a year, a period that exceeds the legislature, so the initiative will have faltered.

The vice president of the Board and coordinator of Citizens in Andalusia, Juan Marín, has shown himself this Wednesday against the emergency route, which revealed that he was unaware that his group, which he chairs, had registered that classification. Marín has stated that he does not believe that the law will be approved in the last session of the legislature (from February to June) because there will not be time and that the initiative seeks to “open a necessary debate in the face of a problem.” The same idea has been transmitted by the Popular Party. “There is a problem that has been going on for decades regarding the lack of definition of rights in the area. We want solutions to a problem, not create it”, assured the PP spokesman, José Antonio Nieto, who has shown himself willing not to put the turbo in the parliamentary process. “If it were necessary to go slower, we have no problem”, he said before him of the debate.

The PP deputy Manuel Andrés González has denied that the initiative represents an “amnesty” for illegal irrigation and that “it does not give the right to water, only to have the possibility of having it.” The legislative proposal ensures that the classification of these 1,605 hectares as irrigable agricultural “will be conditioned at all times to obtain the corresponding water rights, which depends on the existence of available resources.” The proponents defend the capture of surface water through a transfer from the Hydrographic Demarcation of the Tinto, Odiel and Piedras rivers to that of the Guadalquivir. And for that it is necessary to build a reservoir and a tunnel, which do not exist, to take the water to the greenhouses.

Doubts until the last moment in the PSOE

“You cannot talk about land without talking about water and the problem is that there is no water,” said the spokeswoman for United We Can, Inma Nieto. This deputy has warned of the “social fracture” that this debate is generating between farmers with and without a water permit in the region, and also of the economic effects that this proposal can have on the export of red fruits to Europe due to doubts about its traceability. “Let’s not harangue people for a few more votes,” she has appealed. “There is ideology in this and it will not be possible to do it, they are being deceived”, said Nieto, addressing the farmers who have followed the debate from the rostrum invited by the PP.

The socialist deputies did not know what they had to vote for until practically the very moment of the vote, which has generated great confusion. Previously there had been an intense debate in the parliamentary group in which several deputies defended voting against the proposal, while the group’s leadership, which was to give the order, remained silent before their deputies.

For the Andalusian PSOE, the situation of irrigation in Doñana is a great nuisance because they privately admit that the 2014 regulation of the Andalusian Government chaired by the PSOE left out some farmers who, in their opinion, did have the right to use the water . A few days ago, the Socialists approved in the Huelva Provincial Council, where they have a majority, a motion in which they defend giving “coverage to surfaces not included in production in 2014 and that, without having committed illegality, they can be incorporated” into the County’s irrigation plan of Huelva and that affects five municipalities (Almonte, Bonares, Lucena del Puerto, Moguer and Rociana del Condado).

The socialist spokesman Mario Jiménez has described as “massive deception” the legislative proposal for which he blamed President Juan Manuel Moreno for pure electoral tactics and has been convinced that the proposal will not come out in the Official Bulletin of the Andalusian Parliament because elections will be called before. The Socialists have supported the revision of the plan, but “from dialogue and respect for the law” and ignoring the message contrary to the initiative of the European Commission, the Government of Spain, international organizations and environmentalists. Socialist sources have assured that they have spoken with the party’s federal leadership.

The penetration of Vox in municipalities and regions with a strong socialist implantation has also influenced its decision not to oppose. The negative vote of the PSOE, in any case, would not have prevented the approval, since PP, Cs and Vox have an absolute majority. At the end of the debate, the socialist spokesmen took a family photo with the farmers and with deputies from PP, Cs and Vox who defend the expansion of irrigation.