Skip to content
Home News The 19517, third prize of the Christmas Lottery: 50,000 euros to the tenth | Society 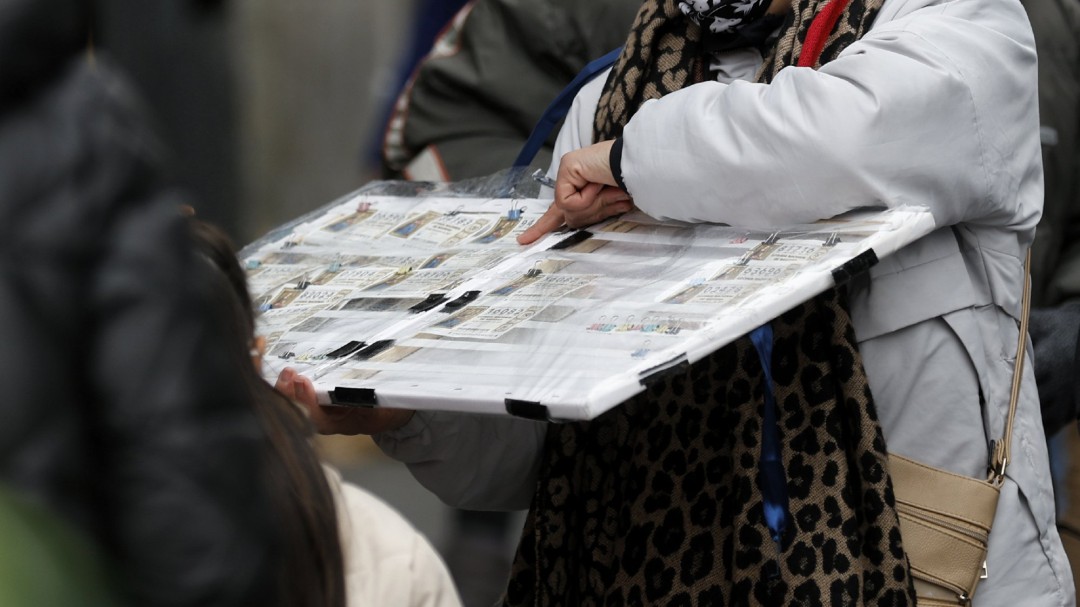 At 11:32 in the morning the third prize of the Christmas Lottery came out: 19517, which takes 50,000 euros to the tenth and 500,000 euros to the series. The third prize has been concentrated in five provinces, especially in Játiva (Valencia), with 103 series. In addition, it has fallen in Calella (Barcelona), with 35 series; Almería, with 17; Granollers (Barcelona) with 15; and Badajoz, with 2.

The number was sung on the ninth wire of the fifth table. The children Salvador Constantin Roa and Luis Alcides Paniagua sang number and prize and Santa Daniela de León Santa and Paula Figuereo Figuereo were in charge of extracting the balls, and they have also been lucky enough to deliver the second fourth prize and the third fifth prize.

The Extraordinary Draw of the Christmas Lottery 2021 distributes this Wednesday, December 22, a total of 2,408 million euros in prizes, the same amount as the previous year.

As a novelty, this year prizes of up to 2,000 euros can be collected through Bizum and, as usual, at one of the 11,000 points of sale of the Lotteries commercial network, from the afternoon of December 22, when both the verifications of the extracted numbers and the computer processes are completed. If the prize accumulates an amount equal to or greater than 2,000 euros, it will be charged at the authorized financial institutions.

This year each Spaniard will spend an average of 66.60 euros to buy tickets for the Extraordinary Draw of the Christmas Lottery that will be held on December 22, compared to 65.66 euros in 2020, according to the amount of consignment per inhabitant of the State Lottery and Gambling Society of the State (SELAE).

Number 5 continues to be the reimbursement of the first prize, commonly known as ‘El Gordo’, the most repeated throughout the history of the Extraordinary Christmas Draw of the National Lottery, having been awarded a total of 32 times. They are followed by numbers 4 and 6, with 27 occasions each.

On the opposite side, the less fortunate ending in this traditional Christmas draw is again number 1 (eight occasions), followed by 2 (thirteen occasions) and 9 (a total of 16 occasions), according to data provided by the State Society of Lotteries and State Betting (SELAE), collected by Europa Press.

For its part, number 8 has been the reimbursement of the first prize 23 times, while 0 and 7 have been 22 times, and 3 has been the last figure of the number graced with ‘El Gordo’ of this traditional Christmas raffle 21 times.

See also  Glasgow in Lockdown: Still Life exhibition captures the city making the absolute most of what it has – Laura Waddell