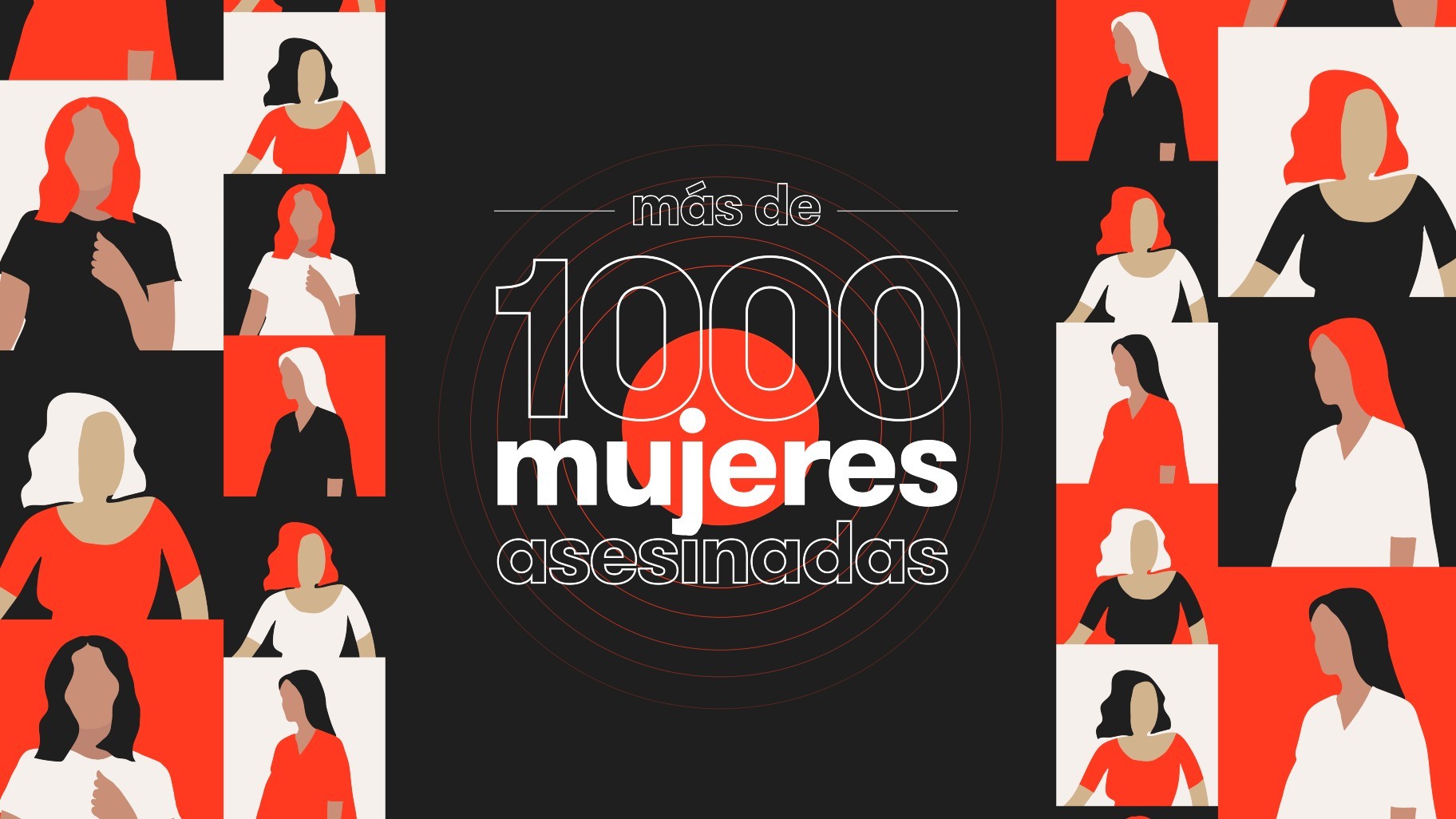 María Isabel, Erika, Mónica, Antonella, Oxana, Alicia, Rocío, María Teresa and Flora are some of the 37 names that have been added so far in 2021 to the regrettable record of sexist crimes, although in official statistics they only appear as figures. Total. 1,118 women have been murdered by their partners or ex-partners since the statistics began in 2003 and the collective effort to stop gender-based violence has yet to bring the counter to a halt.

With the desire for that moment to come and with the purpose of pay tribute to each of the victims behind the data, the project ‘More than a thousand women murdered’, from the Lab and the RTVE News website, continues recounting the lives that sexist violence extinguishes.

In this interactive special, numerical data is combined with biographies. The former speak in 2021 (to date) of the lowest number of murdered with respect to the rest of the years in which there has been a record, but the latter indicate that there are still too many lives broken; that as long as there is one more there will be too many.

The number of women murdered by gender violence in Spain grows month by month and the rtve.es Lab has launched a project that aims to portray the lives of these 1000 victims instead of their death. The special analyzes, in detail, the data on gender violence and addresses the sentences that the murderers received. The citizen also has a fundamental role, since he can help to complete the biography of the victims.

Also this confluence of figures and vital stories allows us to clearly see that there is no unique victim profile. Sexist violence can cross the path of any woman regardless of her age, place of residence or occupation, and it is enough to read some of the most recent biographies to confirm it.

The first fatality of 2021 her name was Laura, but everyone knew her as Flora. He was 82 years old and lived in the Madrid neighborhood of Vallecas. According to the Macro-survey on Violence against women published in 2019, women over 65 years of age are those that in greater proportion are silent on the situation of mistreatment they suffer and those who request less help from both formal services and their environment.

In that age range there are also Comfort, an 81-year-old woman murdered in the Madrid neighborhood of Moratalaz last June and Louise Amelia, whose husband allegedly ended her life in July when she was 76 years old.

Precisely, 65 years older was Flora (the oldest victim so far this year) than Rocío (the youngest). The latter, aged 17, lived in the town of Martín de la Jara, a small municipality in the Sierra Sur of Seville, along with her family and her baby, only four months old.

Nothing prevented the young woman from being murdered on June 2 of this year, her ex-boyfriend, who was also the father of her little one and who ended up confessing the crime.

Gender violence, and this is demonstrated by its history and confirmed by statistics, it also takes very young lives. Between 2003 and 2021 it has prevented 45 girls under the age of 21 from writing their own stories.

A recent report by the Observatory against domestic and gender violence emphasizes the need to prevent sexist violence in a sector of the population that is “highly vulnerable” to this type of crime, such as youth. It also reveals an alarming fact: at the end of October 2021, a total of 190 women under the age of 21 wore a telematics device, which means that they must be monitored 24 hours a day as there is “a high risk to their lives.”

María Isabel or Mari Carmen, women who could not see their children grow

The last biography included in the project ‘More than a thousand murdered women’ is that of María Isabel, a 37-year-old woman resident in San Roque, Cádiz, who ran, together with her mother, two catering establishments and who worked as a waitress in one of them. Was mother of a son and two daughters aged 16, 8 and 7 who were orphaned after the crime.

The woman had been separated from her alleged assailant at least two months ago, but was unable to continue with her plans or watch her children grow up because she was killed on November 7 of this year.

His case brought the number of orphaned minors to 24 in 2021 330 since 2013, the year in which that other record began, of which one of the two sons of Mari Carmen, a 46-year-old woman who worked as a janitor and cleaner in several residential buildings and who was murdered on March 2.

His crime left another minor without his mother and caused irreparable harm to all his loved ones. Neighbors of the portals where she worked described Mari Carmen as a “very helpful” person who always “lent a hand.”

One change: victims of sexual assault and vicarious violence will be counted

This week, on the occasion of the International Day for the Elimination of Violence against Women, the Minister of Equality, Irene Montero, has assured that “as long as there is a murder, a sexual assault or a situation of harassment”, the institutions will continue “correcting and expanding the tools to end these violence “.

The truth is this 25N is reached with some changes and one of them has to do precisely with the registries: the Ministry of Equality will begin to count in January 2022 the femicides that take place beyond the scope of the couple or ex-partner and will therefore contemplate the murders of women produced by sexual, family, vicarious and social violence.

For the first time, the crimes of Laura Luelmo or Diana Quer will be counted, among others that have also remained outside the statistics of sexist violence for years.