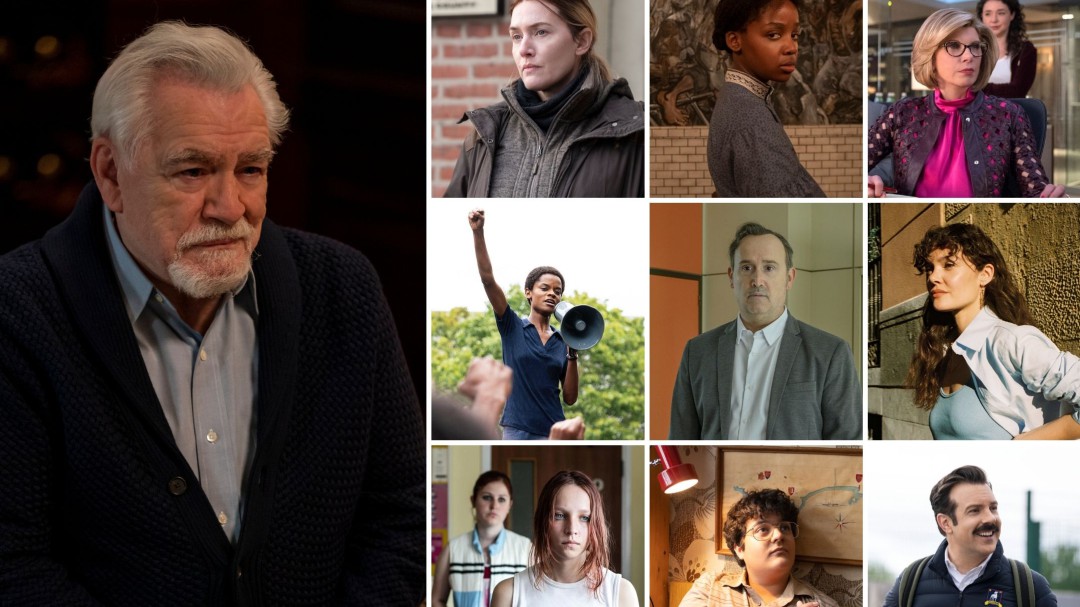 2021 has been a weaker year for television fiction compared to other years where there was more quality and variety of offers. The stoppage of filming due to the pandemic has not reduced the production and distribution of series, but there are symptoms of a certain creative fatigue except for some unexpected phenomena, safe bets or second and third parties. In Spain, for example, after the previous season dominated by dramas, it has been comedy or dramedies that have given the best results. All in all, the year has once again left some paradoxes to analyze. ‘The squid game’ will have been the most watched and ‘marathoned’ series, but HBO keeps its prestige and social conversation with the weekly broadcast of its fictions. Amazon and Apple continue to open a gap in the market but the impact of their large productions is discreet among the general public.

There is no discussion. At least in this group. The series created by Jesse Armstrong is the new jewel in HBO’s crown. This rich and posh drama is at once a classic soap opera, a modern comedy and a thriller full of crazy twists, private jets and meetings in Italy. Its third season confirms that it is the most fit series of the moment, by scripts, performances and a budget that allows it to shine at the height of the Roys, the most hated-loved family on television. Good TeleShakespeare.

The surprise of the year. It gathered many ingredients to succeed but also to pass through a formulaic thriller of a young girl murdered in a small town in deep America. There came a point where the investigation did not matter to us, we did not care about the murderer, because we only had eyes to accompany Kate Winslet in her suffering. A jaded, tired, traumatized woman, who comes out ahead weaving feminine networks in the face of structural machismo. Brad Ingelsby has given us the character of the year.

A powerful and tough drama signed by the Oscar-winning Barry Jenkins for Amazon. In his first series, the director of Moonlight portrays the founding of America and the railroad from the other side, from the founding of racism and slavery. The Underground Railroad adapts the famous Pulitzer-winning novel by Colson Whitehead and Jenkins pulls on magical realism and visual poetics to expose the persecution of blacks and the road to freedom. Among the essentials of the year yes or yes.

It continues to show that it is the series that best talks about today, and continues without being afraid to take the pulse of society and talk about the Black Lives Matter, Trump, the Republican party or the rise of the extreme right. Michelle and Robert King’s scripts are as sibylline as they are intelligent, capable of exposing the shame and injustice of a country as well as portraying the hypocrisy of progressive elites. This has perhaps been his weakest season but here the Kings are revered.

An anthology of films for television that are constituted as a monumental work of Steve McQueen. Movistar + issued at the beginning of 2021 this jewel in which the director has finally been able to tell his origins and pay tribute to the culture in which he was born. That of the British of Caribbean origin, like their parents, who settled in London in the sixties. There is a portrait of police violence, segregated education, judicial persecution but also a musical parenthesis, a delicious chapter entitled Lovers Rock that is one of the television milestones of the year.

The best season of political satire created by Diego San José. In its third installment, more dramatic and dark, we can only tenderly accompany Juan Carrasco in his decline. He’s smart, scathing, funny, but also endearing. The finesse of the scripts -with Pablo Messiez, for example-, the dramatic progression, the variety of directors -with Pilar Palomero filming the final chapter- and the delivery by Javier Cámara make it the best Spanish series of the year.

The punch that generational fiction needed in Spain. The series created by Ana Rujas and Claudia Costafreda does not want to be just a millennial portrait nor does it pretend to be the voice of a generation, but it knows how to capture the anxiety, frustration, turmoil and anger of a young woman on fire (and with a hangover). At last an honest, furious story with shabby floors like the ones we’ve all shared. Fresh air.

British miniseries written by Nicole Taylor and directed by Philippa Lowthorpe dates from 2017 but it came to Spain this year from the hand of Filmin. A tough drama about the abuse of young girls, about marginality, about classism and government neglect, about the struggle of women because they believe them and about racism. What counts and how he tells it is brutal.

You have to be as brave as you are honest to fictionalize your life, or your memories, as Bob Pop does. The result is a bitter and luminous, tragic and inspiring tale of someone who always fought to be who he is. Homophobia, sex, the body, the disease … everything is reflected in this special trip by the experiences of one of the most lucid authors in our country.

In times of cynicism and tension, give me more Ted Lassos. After its terrific first season, the Apple TV + series created by Bill Lawrence and Jason Sudeikis remains a safe and comfortable place to imagine other dynamics. Who was going to tell us that a comedy about a clumsy and good-natured soccer coach was going to be the best refuge in a pandemic. His secondary payroll is the best on television.

* Voting system: the first series in each list receives 10 points and the last one one point from each of the participants.

9.- Only murders in the building

7.- Secrets of a marriage