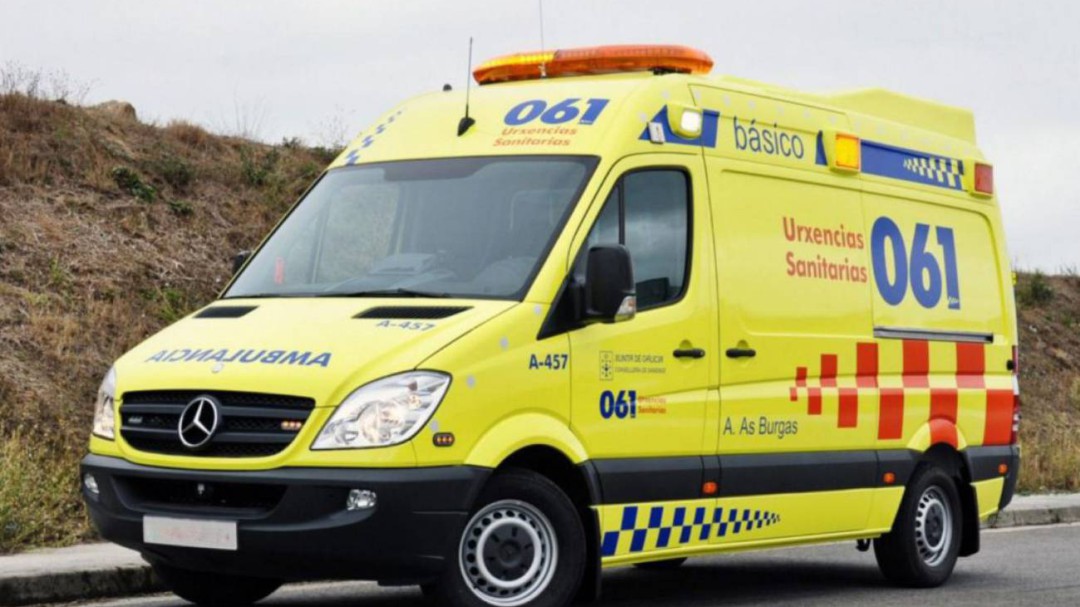 The 061 took seven minutes to take a call from the center of Fisterra (A Coruña) of Salvamento Marítimo to report on the transfer to the Álvaro Cunqueiro hospital, in Vigo, of a sailor from ‘Novo Cristo da Laxe’, who suffered a blow in the head and a fall into the water to the south of the island of Ons (Pontevedra). The 24-year-old crew member ended up dying as a result of this incident that occurred on October 22, 2019.

This is reflected in the report just published by the Commission for the Investigation of Maritime Accidents and Incidents (Ciaim) –dependent of the Ministry of Transport-, in which it is noted that “there was a delay of approximately two minutes in assistance medical attention to the crew member injured at the Álvaro Cunqueiro hospital, and it is not possible to assess whether said delay had an impact on the outcome of the accident. “

At around 9:40 p.m. on October 22, 2019, the purse seiner ‘Novo Cristo da Laxe’ -based in Bueu-, with seven crew members on board, made a set in the vicinity of Ons. “At the end of the maneuver to release the gear, the sailor in charge of guarding the exit of the purse rings caught his foot in a rope of the gear, being dragged across the deck and hitting his head before falling into the water” .

Thus, the skipper requested help from Maritime Rescue and fishing boats in the area. One of the sailors jumped into the water to try to rescue his partner. When he did not appear, the rig was raised and the injured crew member was found hooked in the nets, after having spent about five minutes in the water.

In this way, the crew member was raised on deck, who “had a wound on his forehead, but still had a pulse.” His colleagues covered him with a blanket, while they took turns performing cardiorespiratory resuscitation.

REPORT OF THE FACTS

From there, according to the account of the events, the rescue coordination center of Fisterra (A Coruña) mobilized the helicopter ‘Pesca 1’ at 21.44. At 9:47 p.m., 061 was also notified of the emergency, which indicated that, “once the evacuation has been carried out, they will transfer the crew to the heliport of the Álvaro Cunqueiro hospital (Vigo).” At 22.24 hours, the ‘Pesca 1’ realized that the crew member was on board and that he was heading towards the hospital while CPR was being performed.

At this point, the report states that, at 10:30 p.m., the Fisterra Rescue center, “after a seven-minute wait, managed to inform Urxencias Sanitarias de Galicia 061 of the expected time of arrival at the hospital” of the helicopter.

At 22.33 hours, the ‘Pesca 1’ landed at the heliport, “but there were no medical personnel to carry out the transfer of the crew.” For this reason, the Rescue coordination center “called” 061 again. “Approximately two minutes after the landing” of ‘Pesca 1’, “the medical personnel arrived at the heliport and after 20 minutes of advanced resuscitation maneuvers in said hospital center the death of the crew member was certified “.

According to the investigation, “this delay is attributed to the fact that the call” to the Urxencias Sanitarias service “took 7 minutes to be attended by health personnel from 061.”

According to a report issued by the Fundación Pública Urxencias Sanitarias de Galicia 061, “after the accident, different circuits for redistributing calls have been established in the Central Coordination of Sanitary Urgencies to avoid queues at entry and allocation. of calls to health personnel “, assures the Ciaim document. In this way, “90% of calls to 061 are answered in less than three seconds.”

Also after the accident, “the procedure for collecting patients from the helisurface of the Álvaro Cunqueiro hospital has been revised, and it has been disseminated among the intervening personnel.”

On the other hand, in this Ciaim study mention is made of several accidents in recent years in which a sailor is trapped and falls into the sea during the release of the gear.

“However, the experience of these accidents goes to show that, although risk prevention plans prohibit approaching the gear during its departure, it is common for sailors to approach to help them exit the net and the rings during the released “, adds this agency dependent on the Ministry of Transport.

The crew member, who was not wearing a work life jacket or protective helmet, was swept away by the gear, hitting his head before falling into the sea. It got caught in the nets about six or seven meters deep.

The report ends with safety recommendations that include the use of life jackets, while urging the National Occupational Health and Safety Commission to promote studies on the operation of the purse-seine gear launch maneuver. in fishing vessels between 15 and 30 meters in length, “with a view to designing safer launch procedures in which the presence of crew members is not necessary next to the net or the rings of the purse.”